The gang talks Trek to Yomi, Dr. Strange 2, and so much more! 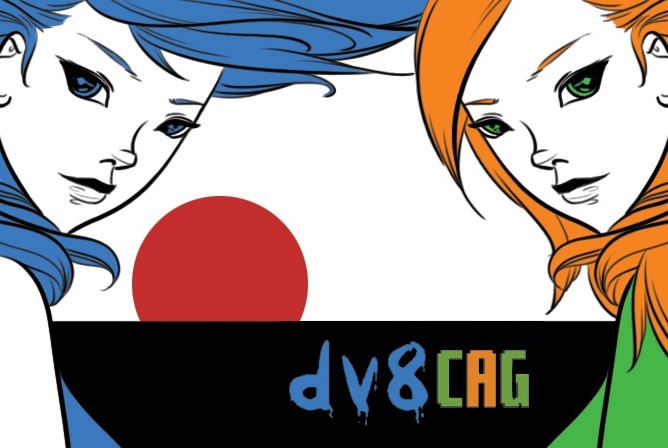 Thanks to those of you "keeping the dream alive" with some really great lowballs over the past months.

I suppose I was gone for at least 3 months. Possibly a little closer to 4 based on activity. Sorry about that! Times were tough for awhile, and I'll go ahead with a brief recap and then let you all in on what I have going on currently and in the near future.

For those of you that have read my previous blogs over the years know that the job situation has always had it's fair share of ups and downs. After finding my latest job, I was really quite happy with the atmosphere and opportunities that were presented to me. I worked my way very quickly from part time into a management role and, soon after, into a senior management role putting me into a position just below our Co-CEO.

(FYI - Co-CEO was a position created as the "real" CEO was based in Tokyo and also had a lot of side business going on. Basically he wanted to step out of the Osaka area and needed to hand his duties off to someone else.)

I had my last day there a few days ago as I could no longer work for this company.

This story could become extremely long, so I will cut it down with a (kind of) brief summary of a few of my issues.CC: So Sam, you said recently that you have been working 180-200 hours a month.

Me: Yeah. I'm spending way too much time trying to fix issues that have been created rather than actually accomplish things that need to be done.

CC: Well, the CEO and I sat down and thought it's one of two things. Number one, either you are not really working that much and just want the attention or, number two, you are working that much because you have bad time management skills.

CC: No one else has to work that much, so you must be doing something wrong.

Me: You do recall that just last month I was supposed to have 2 of the last 4 days off, but you came to me and said that suddenly we needed an entirely new high level group conversation curriculum finished from scratch before the first of the month. You are aware that I worked an extra 20 hours just on that, right?

CC: Yes, but we ended up delaying that as no one had spoken with the students yet.

Me: I was told on the 2nd that it was being pushed back 4 months - well after I had worked extra to get it done for you. Also, weren't you the one that was speaking with the students?

CC: I didn't have time to speak to any of the students, that's why it was delayed.

Me: So what you are saying is, I am lying about my schedule or I have bad time management. Those are the only two options?

That was right before the New Year holiday, so I thought things over through the break, came back and immediately gave my formal resignation which was greeted by no response for 3 days.

The CEO also was down for 13 days of my final 30, but made no attempt whatsoever to even speak with me or thank me for any of the plethora of things that were accomplished over 2+ years. As a matter of fact, once both he and the CO-CEO had to come to a school I was working in when the counselor took the key home and we could not open the school. He sent the Co-CEO up to unlock the door while he sat in the car down the block.

Sadly there were many, many more cases of complete ineptitude and disregard for the welfare of employees. But that's enough of work. I assume from all of that you can see why I couldn't continue there.

During this same period, there were some problems at home while my wife dealt with some bouts of postpartum depression and also a death in the family not to mention ridiculous levels of kid sickness including vomiting, high fevers and diarrhea from all three of them.

Basically, I haven't felt like doing much of anything but working out my time at my previous job and getting here to support my family.

Now, onto other things, I am looking for a part time job for stability as I currently have nothing but my website.

But, speaking of the website, I have a lot of things in the works to eventually be able to make my second big push that could allow me to work only on the site and still support us. Of course, I need your help with some of that, and that means...Currently, those are the big three for us and any and all help is appreciated!

I think I will likely be having a lowball in the very near future as well. nothing too special, but just some odds and ends that need to go to raise a little more money for us.

When I last worked dv8CAG and lowballs as the sole source of income, it was just me, my wife and our newborn son in a very small apartment.

Now, it's 5 of us in a slightly more expensive place, so everything is much tighter than before. I do have really high hopes that I can boost dv8CAG, but as I have always said, CAG is full of great people, and when you know great people, asking for assistance is always beneficial!

I don't know how many people even get into the CAG blogs anymore, so also directing your buddies to Facebook, Twitter and dv8CAG for me would be outstanding!

dood, that sucks about your job. I hope you can get that shit straightened out. Its always the higher ups in an organization that don't know how to handle their jobs and screw it up for the people whom work for them. Hopefully, your wife is feeling a bit better and the kids aren't sick/will stay healthy!

expect at least 1 new follower on twitter (as well as an order on your site), and I look forward to another lowball. The thread needs some love! glad to see ya back!

Are you aiming for something like BiJ then? Or are you still intending on keeping it to CAG?

Are you aiming for something like BiJ then? Or are you still intending on keeping it to CAG?

It's already expanded from CAG thanks to people recommending the site. I'd actually say CAGs are probably in the minority now at about 40% of the customer base! Still, CAG will always be a part of the site and I will always recommend people join the community. It's in the FAQ even!

Feb 09 2014 01:37 PM
I was wondering what had happened to you, wasn't sure if I just missed something or what. Best of luck to you in the future, I'll be looking out for the lowball.

That sucks and middle management is the worst.

Almost the same thing happened to my brother. The branch manager (his only boss, my brother managed everyone else there, 6 days a week) was lazy, never came in, and allocated every little job to him. My brother had to both open and close EVERY day because the branch manager was never there or left after lunch.

One day the branch manager sat him down and said he was working too much and getting too much overtime. She said we can fire you or you can resign. Then replaced him with some other low level shmuck that would take all the heat all over again in another 6 months. Repeating the process because employees are like in-and-out to them.

I'll admit I checked out your site once since it was highly recommended on CAG. I was kinda strapped for cash at the time so I never completed the order.

Wow dv8mad, I had no idea about your job situation.  Really sorry to hear it buddy.  I just logged onto the CAG blogs for the first time in over a year and saw your post.  You definitely need to bring dv8CAG to the next level though!  It has a ton of potential.

I'm working on an entirely new website which should be launching next month (possibly April), so you may want to look into that as there are money-making possibilities for new users =).  More on that very soon.  I'll continue to follow you on CAG, Facebook and Twitter though in the meantime!

Nice to see you around again DV8, sorry to hear about the job/home situation but I wish you well. Also if you happen to live by that Kit-kat factory that kotaku always posts about you should do a snack box lowball again I know I would go bananas :p

Green tea midi pocky is where it's at.

Sorry to hear, but I wish you well and I know you can make the best of it. Followed you on Twitter too!

I wondered why you had been away for so long. Sorry your job situation turned out like that. They were really abusing you. Wow 3 kids now! I know someone with 3 boys and man it's a handful. Anyway it really ticks me off when incompetent people are in high positions and blame others for the result of their incompetence. I wish they could instantly be switched with a low paid person with a mountain of pressure and financial stress on their plate so they can experience the other side and maybe they'd learn a thing or two.

It's been a while good sir. Got any updates for us?