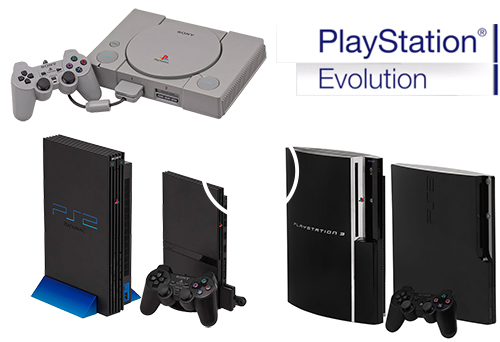 I remember clearly Christmas a long time ago, I had a Super Nintendo that took up my time with games like Mario, Power Rangers, NHL, Madden, Basketball... But that Christmas Morning changed everything and started what would become a journey to becoming a hardcore gamer. I don't remember asking for one, or even knowing about them, but I opened a Playstation one that morning. My dad who had originally got the Nintendo for him, thought I might want to try the new Playstation(the more I think about it, I think he got it in hopes of playing it himself).

I literally ripped the box open, hooked it up to the TV, and popped in my first game: NHL 96. I was amazed at what appeared next on the screen with an in studio update about the upcoming season as my Colorado Avalanche. I went to play my first game and was again surprised to see John Davidson do some pregame analysis. Once the puck dropped I couldn't believe the 3D players on the ice and that I was actually playing full 3D hockey. I was hooked! I don't think I put the game down all day.

Fast forward to the Playstation 2 and I was pumped! I wanted one so bad not just for the games but the capability to play something called DVD's. I am also a huge movie junkie so it made the PS2 that much cooler in my eyes. My dad and I wanted to get really bad since we enjoyed the experience of the playstation and the times spent playing Triple A baseball. One minor hiccup however, they were sold out every where! You couldn't find one to save your life, let alone in the small town I lived in. But I had an ace in the sleeve, my dad was a truck driver going all over the country and just so happened to be spending some down time in Utah at a mall. Sure enough while he was there, there was a huge commotion as a truck had delivered some to the K.B. Toys. He was able to pick one up and the time it took for him to get home couldn't have taken any longer.

Once I got it I was able to admire the amazing design and that was it: I had no games! I did however get to go and rent some movies that day and try the DVD player out, but no games for rent. So I saved up some money from some odd jobs and went to the local Game exchange that had a few PS2 games. I went with a game that would change how I looked at games forever and that would give me hours of enjoyment: ATV off road fury. Loved that game and would just drive around for hours! The PS2 was my favorite possession. Friends would get other systems and I did some gaming on handhelds but nothing could beat my PS2. I got an Xbox the year before the new systems would come out, and although I enjoyed some of the games, my PS2 was still my main console.

I knew that new systems would be coming out and I began saving up money, and for Christmas asked for nothing but money so that I could buy the systems when they released. I knew I wanted to get a PS3 because of my love for my PS2.... but then the most terrible news to a person who loved Playstation and also had no income: The playstation would cost $500! I thought it would be $400 and had saved up that much money. It was heart breaking, but I decided the 360 would get my money. Since then I have owned a PS3 and although it wasn't my main system, I still enjoyed it.

Now here we are today, and Microsoft made the same mistake that Sony made during last gen, and that was price me out of the system. When you are a young married man living in a single income home, getting any system alone is going to be hard, let alone $100 difference. So I knew that I would be coming home to Sony for good! Since getting the PS4, it has gotten all of my time, not to mention I did sitck with Sony on handhelds and own a Vita, which has been collecting dust for a long time. Now the PS4 has brought my Vita back from the dead and renewed my interest in it. I am very happy with my PS4 and feel like I am home again after the absence of Sony from last gen.

Now I want to dive into trophies fully and dedicate time to games I may have missed. Mostly looking at games that I did not pay attention to on my Vita, and then completing all the launch games that I got at launch. I look forward to what this gen has to offer, and although I may get an Xbox one later on, I know that I have found a new main console that is not actually that new to me. Thanks Sony for redeeming yourself and pulling me back in!