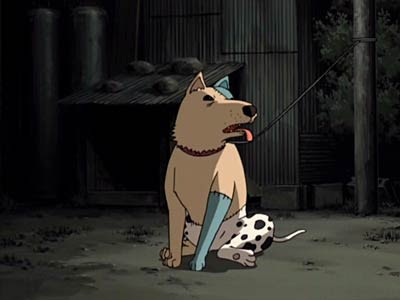 Hello there yet again every one! This time around, I am posting not of my interest in gaming but in my other equal interest, anime. I want to start doing regular blog entry's like this, at least once a month if not more ,to further interest and ignite discussion among my fellow CAG anime fans'! (That said, this early entry will not be in the next one, so look forward to me doing more of these!)


I first heard of Beck when I was scouring for another anime to watch right after I was finished watching Full Metal Alchemist Brotherhood. I was looking for an anime to at least hold a candle to FMA Brotherhood, but that would be hard for me as that was, and still is, my favorite series I have watched to date. After looking at some reviews and recommendations of "good" anime, I came across Beck - Mongolian Chop Squad. I saw the high reviews and thought great, but I looked at the genres and had my doubts. Back around that time, I wasn't very familiar with the Slice of Life genre, or music in fact. But I put those doubts aside, and ending up purchasing it.


The basic synopsis of Beck is that it follows the life of an ordinary teenage boy, Tanaka Yukio, who doesn't have a lot going for him, until one day he saves a pitch-patched dog from a band of young kids. He did not know it at the time, but helping that dog out opens many doors for him. The main one being him joining the band Beck. From there, the story follows the struggle of a band making a name for itself, and the struggle of Tanaka Yukio to balance everything else in his life between school, practice, relationships and more.


After watching the series in about two days time, I not only ended up enjoying the show, but I also can now list it as one of my favorites ever produced. For myself, It had relatable characters, a realistic scenario, good music, and a perfect balance of comedy, drama, and romance. It had everything I did not know I was looking for in an anime, and then some.

The only negative I could possibly even think of after watching it was that I wished there was another season. I say that because the anime left off at volume 11 of the manga, and in total there are 34 volumes altogether. Unfortunately, two negatives are since the show aired so long ago another season is outright impossible, and also the official English translation of Beck ended at volume 12 when Tokyopop went under. As sad as that is, there are other means to see the manga if you wanted to see the complete ending to Beck (And was it great!)


I couldn't recommend this show enough if you are into the music or slice of life genre. It may not be a great anime to be your first, as it has moments where it does get slow, but past that you are looking at a great cast of characters with a great story.


My personal score for this anime is a 9.3/10, with a recommendation to buy it if it interests you. It is still available from Funimation via the S.A.V.E. edition which can be netter for very cheap at various retailers.

All that said, I hope you enjoyed my first Anime write up as much as I had reminiscing while writing it. Leave your comments below on what you thought, or what you may like to see me include next time i do one.


I'll leave you all with the question : What anime got you into watching anime?

Good write up. Could be a bit more convincing and have more length. I was already interested in watching the show after seeing a few clips of it on youtube. Keep em coming.

Personally, i didn't liked Beck: MC. About a year ago i tried watching it, i couldn't get into it. I think i got to episode 4 before i dropped it. I liked how the show covered " follow me "by Beat Crusader (Or is Beat Crusader covering another band?) (Youtube clip), but other than that the show wasn't for me.

I totally prefer NANA. I found to be more realistic and more entertaining. Even though the story was dragged along at times.

Well, the first anime show i ever watched was Dragon Ball (Not Z) when i was 5. But what really got me into anime was Gundam Seed and Gun Grave (I totally want an anime adaption of the second game).

Good write up. Could be a bit more convincing and have more length. I was already interested in watching the show after seeing a few clips of it on youtube. Keep em coming.

Thanks for the critique! Just wanted to genaralize the first go around, but should be better next time!