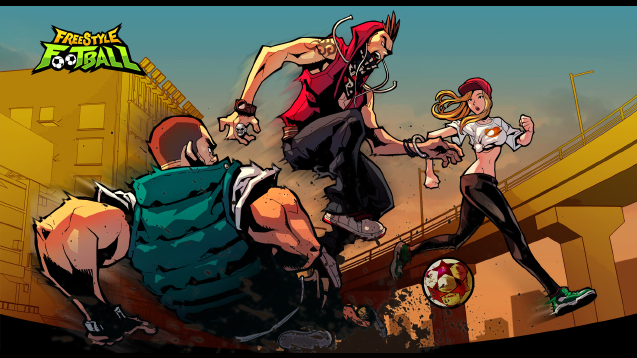 The MMORPG game Freestyle Football has different game modes available. These modes boost the game’s versatility and game play, and will surely give players unique and wide selection of options on how you play the game.

Freestyle Football divided its game modes; Training, Football, Futsal and Friendly modes. The name suggests for itself, as for the Futsal mode which is currently unavailable, it is a mode wherein the football game is held on a smaller arena. Since it is played on a smaller court, it will result in a faster paced game that will make your character tired and your thumbs sore. If you want to organize a match with your in-game friends, you can create a room and set up a Friendly Match.

In Football Mode, you can play an official match with other players to gain experience and level up. You can set up plays and strategies on how you will defeat your opponent team. There is a performance-based scoring which will depend on your performance on the game. MVP’s are selected every match so strive to be one!

If you feel that you can’t keep up with other advanced players and you need a practice match, Scoring Mode allows you to play a football match with AIs. You can also hire AI players on teams you defeated by using points. Rewards are given after you finished playing a certain stage. You can use your accumulated points and try your luck in the Gacha Machine.

Freestyle Football offers practice modes so you can train your football court moves. There is also a tutorial mode for new players and for a specified training of the basic fundamental required in playing the game.

In the Tutorial mode, Alice will assist players that require basic knowledge on the controls of the game. She will teach you the four fundamental skills in playing football; Dribbling, Passing, Shooting and Defense. In Dribbling Practice you will run on a series of cones arranged in the pitch.

The Training mode lets you create a room and practice freely alone or with other players. You can invite players and friends in the room you created. Or you can also randomly join public practice rooms created by other players.

With these game modes, Freestyle Football is sure an enjoyable and user friendly game. No matter if you are a newbie or a pro already, these different game modes suits every player without making the competition subside. It is just a matter of strategy on how will you have your edge with other players. See you in the pitch, Footballer!

You may check their site at http://football.game...com/landing.jce