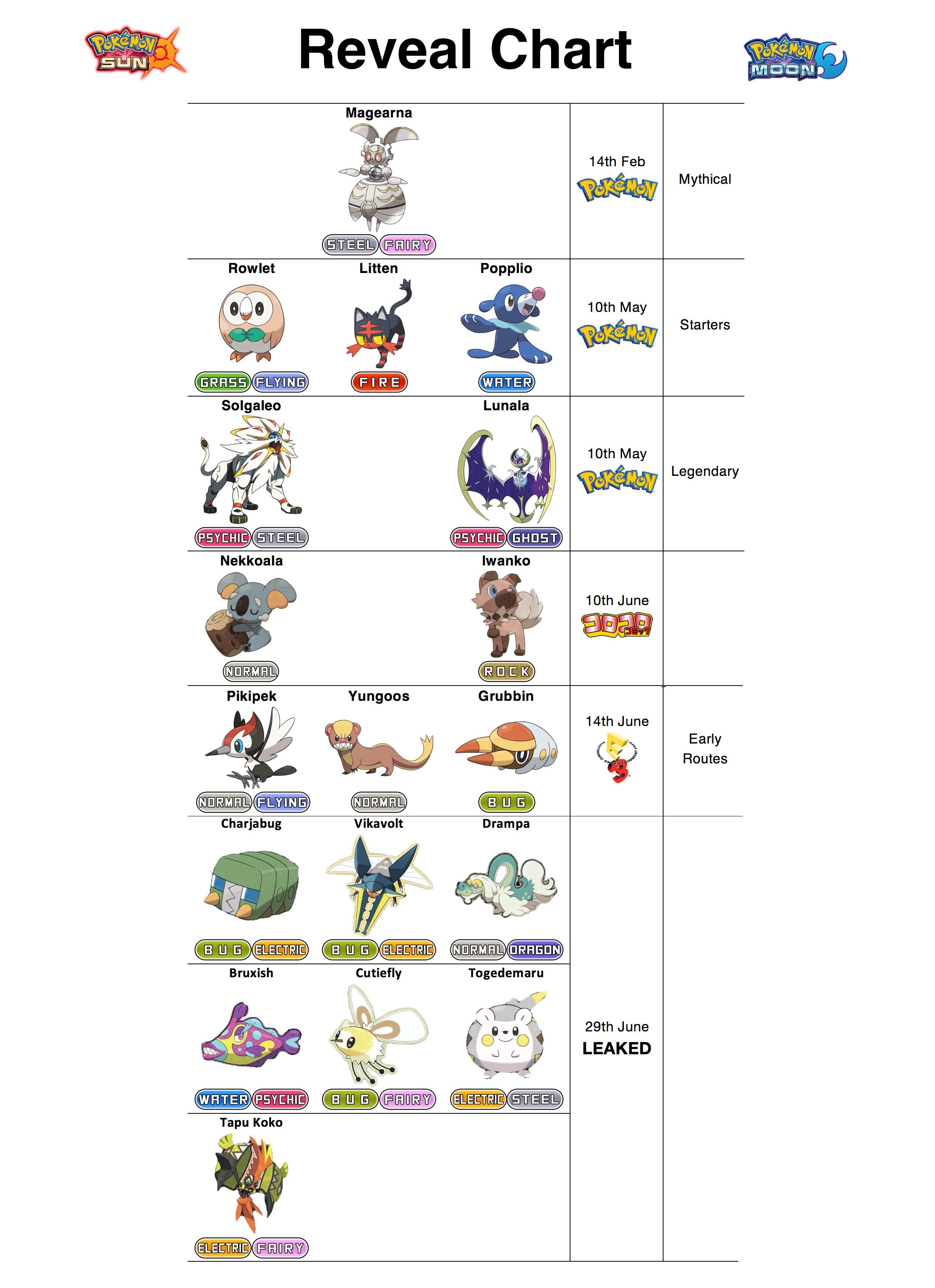 This morning I woke up to some awesome news. We had 7 new Pokemon that were initially leaked and then confirmed several hours later with an official trailer. Some of the designs are interesting while one particular one is pretty lazy *coughboxbugcough*. Here is the names and official typings from the official japanese trailer...

- Tapu Koko: Electric/Fairy: Now this one looks awesome. Very unique design. It's name was mentioned during E3 so it could very well be a Legendary or Mythical Pokemon of some sort. I'm sure we'll find out more the closer we get to release.

- Charjabug: Bug/Electric: This is possibly one of the laziest designs in the world of Pokemon. I'm guessing it's Grubbin's counterpart similar to Caterpie/Weedle. The evolution makes up for this design though.

- VikaVolt: Bug/Electric: The evolution of Charjabug. Vikavolt has a very aggressive design and just from looks alone it'll probably have a high speed/attack/special attack. This quote possibly might be the first bug type I bring along with me during the story since Heracross. Love it!!

- Drampa: Normal/Dragon: Looks to be designed off of a certain 80's movie I'll leave to the readers to guess. Personally, not a fan of this design but I'm hoping for an epic evolution of some sort. It gives off the appearance of a Ghost/Dragon so that'd be awesome if we got that typing on an evolution. I believe this is our first Normal/Dragon type combo.

- Bruxish: Water/Psychic: Pretty neat design with what appears to be a pretty cool ability that looks to stop priority moves like Fake Out and Quick Attack.

- Cutiefly: Bug/Fairy: Simple design much along the lines of Dedenne with this probably being a small Pokemon with no evolution. This is also our first Bug/Fairy type combo.

- Togedemaru: Electric/Steel: Looks to be sort of a Pikachu/Pachirisu mix with some added bulk. Simple but effective design. I'm hoping for some pretty unique evolutions for this Pokemon.

That's it! Seven new Pokemon for all of us to study and wonder what lies ahead for them in the future. As you can see we have a lot of Electric and Bug type Pokemon. This is a nice change of pace from the usual bunch we see. Let me know what your thoughts are of these newly revealed Pokemon. I know I can't wait for November 18th!

Drampa's ability should be Super Luck.