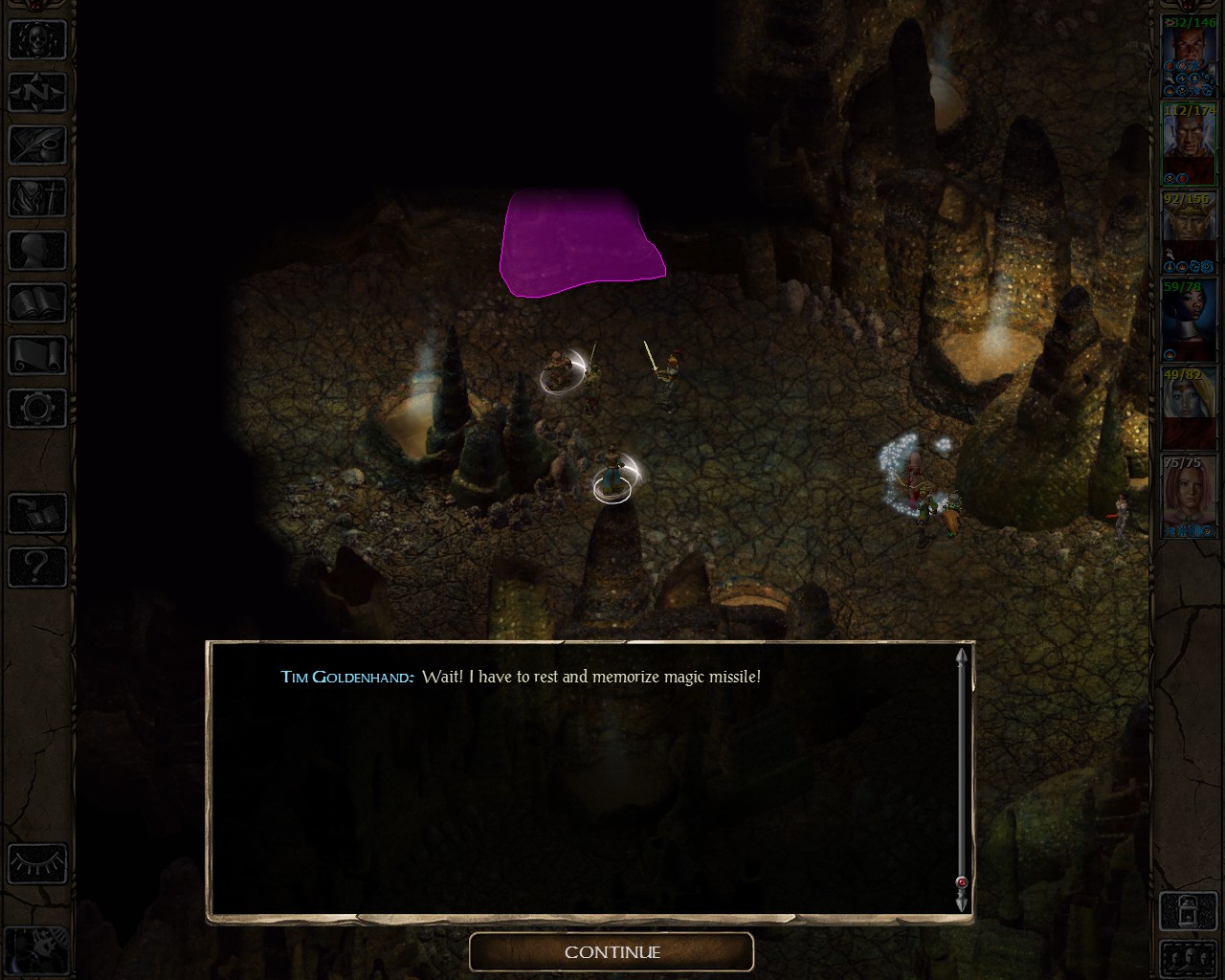 Baldur's Gate II is probably the definitive cRPG of the modern era; it set the standard for role-playing games in general and AD&D games in particular for the 2000s in the same way that the SSI Gold Box games did for the 1980s. The detailed isometric graphics, tactical turn-based combat, colorful characters, romance options, and character interactions made the BG series groundbreaking and beloved of RPG fans. It is one of the rare older games that really stands the test of time.

If you have any experience with Overhaul Games's revamp of the original Baldur's Gate, then there won't be any surprises here: the developer has improved the graphics of the original, made the class kits from the Throne of Bhaal expansion available in both the original game and the expansion pack, added two more original companions, and tacked on the second installment of the gladiator games known as The Black Pits.

The second Baldur's Gate game finds the protagonist, his foster sister Imoen, and a few of his or her other companions experimented on by a human wizard named Irenicus, who seeks to tap and siphon off their godly essences for his own sinister purposes. After escaping Irenicus's laboratory, the player must track him down to rescue Imoen and foil his plans. Of course, you can faff about and work on side quests and NPC companion quests for as long as you like, too. Once Irenicus is defeated, you segue smoothly into the Throne of Bhaal expansion, which wraps up the Child of Bhaal storyline as you either seek to claim your father's divine power or destroy all of the other pretenders to his throne in an effort to purge the world of the taint of Bhaal forever.

The combat in Shadows of Amn is challenging, and the first game was no walk in the park. However, it's possible to game the system by carefully managing how you handle high-level spellcasters and creatures with spell-like abilities to ensure that you're not wiped on a regular basis. ToB, however, takes the difficulty level up a significant notch. Because these games carry on the motif that if your PC (Bhaalspawn) character dies in combat, you have to start over, rather than the now-conventional you only reload after a total wipe scenario, you will find yourself reloading a LOT, especially if you picked a somewhat fragile class for your Bhaalspawn (for some weird reason, I convinced myself back when I started with the first Enhanced Edition game that a druid would be really cool and that the Summon Insects and Creeping Doom spells were outrageously effective; neither of these things turned out to be true). To offset this (somewhat), the XP cap has been raised to 8,000,000, which allows you to get magic-users with levels in the 30s and fighters in the 40s. After about level 20, these characters also gain high-level abilities like Whirlwind Attack and Comet, which can help to tip the balance of those fights with demons and dragons in your favor.

If you've never played these games, the EE version is a nice way for you to play a classic of the genre. If you have, it's also not a bad way to kill 50 or so hours and reflect on how little overarching stories in cRPGs have changed but how the Infinity Engine formed the basis of games that are still worth replaying 15 years later. Hopefully, this bodes well for the recently-released Pillars of Eternity and the forthcoming Torment: Tides of Numenera, developed by veterans of this era and ostensibly built upon the strengths of the giants of the genre, these games and Planescape: Torment, which shares their graphical style but also tells a genuinely intriguing and unforgettable story to boot.