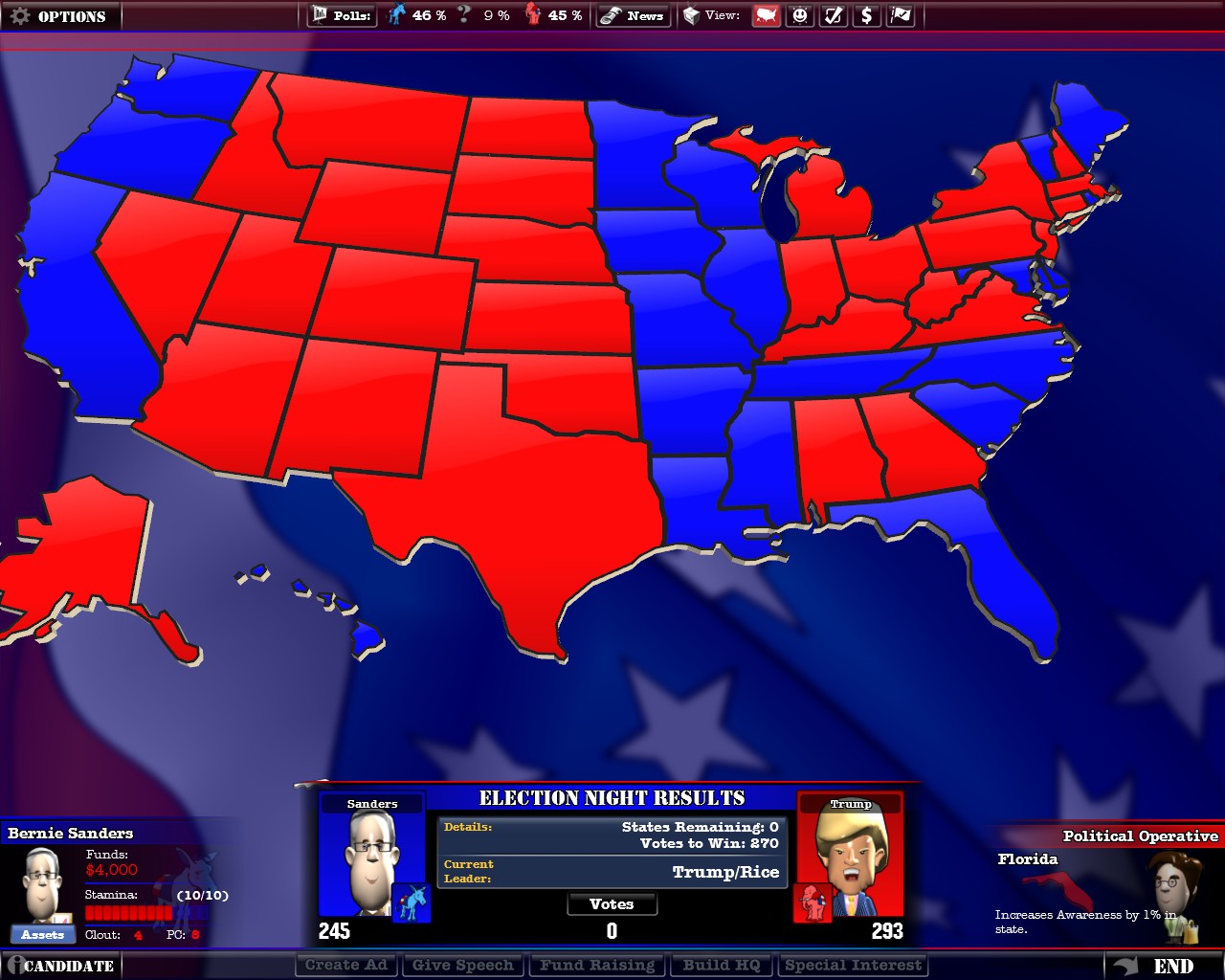 My first foray into the 2016 presidential election (via Stardock's The Political Machine 2012) was a rousing failure. The Democrats put forth a bold ticket: Bernie Sanders on the top and Al Franken on the bottom. Donald Trump shrewdly chose Condoleeza Rice, perhaps helping to secure some minority and female votes that he otherwise probably wouldn't have gotten. I opted for an audacious Southern strategy that would never work in the real world, starting my Sanders campaign by building an HQ in my redder-than-a-matador's-cape home state of Louisiana. Oddly enough, it didn't work in Stardock's world either, although it did have the peculiar and extraordinarily improbable result that I won not only Louisiana but also Arkansas and MIssissippi, states that probably haven't voted Democrat in a presidential election since Reconstruction. As in Bush v. Gore, I won the popular vote but lost in the electoral college (although in that case the electoral college count was much closer).

Next up: Clinton v. Trump.