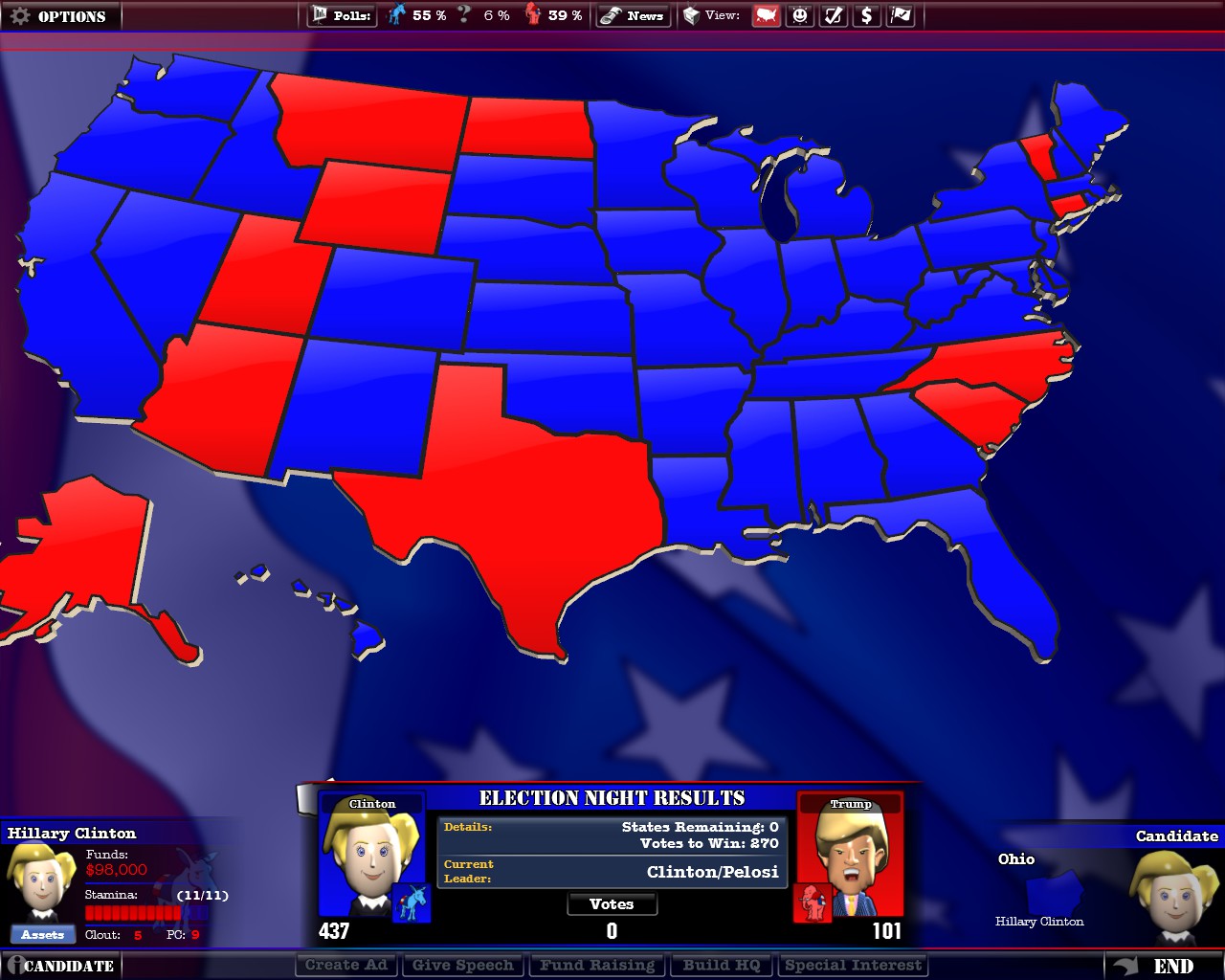 In the second part of this series, Hillary Clinton launched an absurdly-successful bid to win the presidency for the Democrats, soundly defeating Republican rival Donald Trump. Clinton won even states no Democrat has any business winning, including Oklahoma, Idaho, Louisiana, and Mississippi. How? Well, according to TPM, she outspent Trump considerably. Given that we know that in the real world, Trump is a billionaire who is (mostly) self-funding his campaign, this in and of itself is a bit weird. Clinton chose Nancy Pelosi as a running mate, which should have been enough to keep the reddest of red states maroon, as she is probably the second most reviled female Democrat in politics today. Because TPM is a game that lets you do ridiculous things, Trump ran with Theodore Roosevelt as his prospective VP.

In game terms, I assume that this outcome is either a consequence of me getting better at gaming TPM's systems or that outspending your opponent, irrespective of who either of you is, is what really counts in this game.