Bad week to be an arachnophobe

I've gotten back into tinkering with characters in Injustice 2 again. I had more-or-less abandoned it after the Legendary update, mostly because I was annoyed that my efforts to boost characters up to level 20 weren't terribly meaningful in the face of the new mechanics and increased level cap. I noticed today that, if you play the Halloween-themed multiverse event, the game will randomly flash an image of a giant black spider on the screen during a match, doing its best to apparently copulate with the inside of your LCD (at least that's what I inferred from all of the abdominal thrusting). Here's what it looks like: 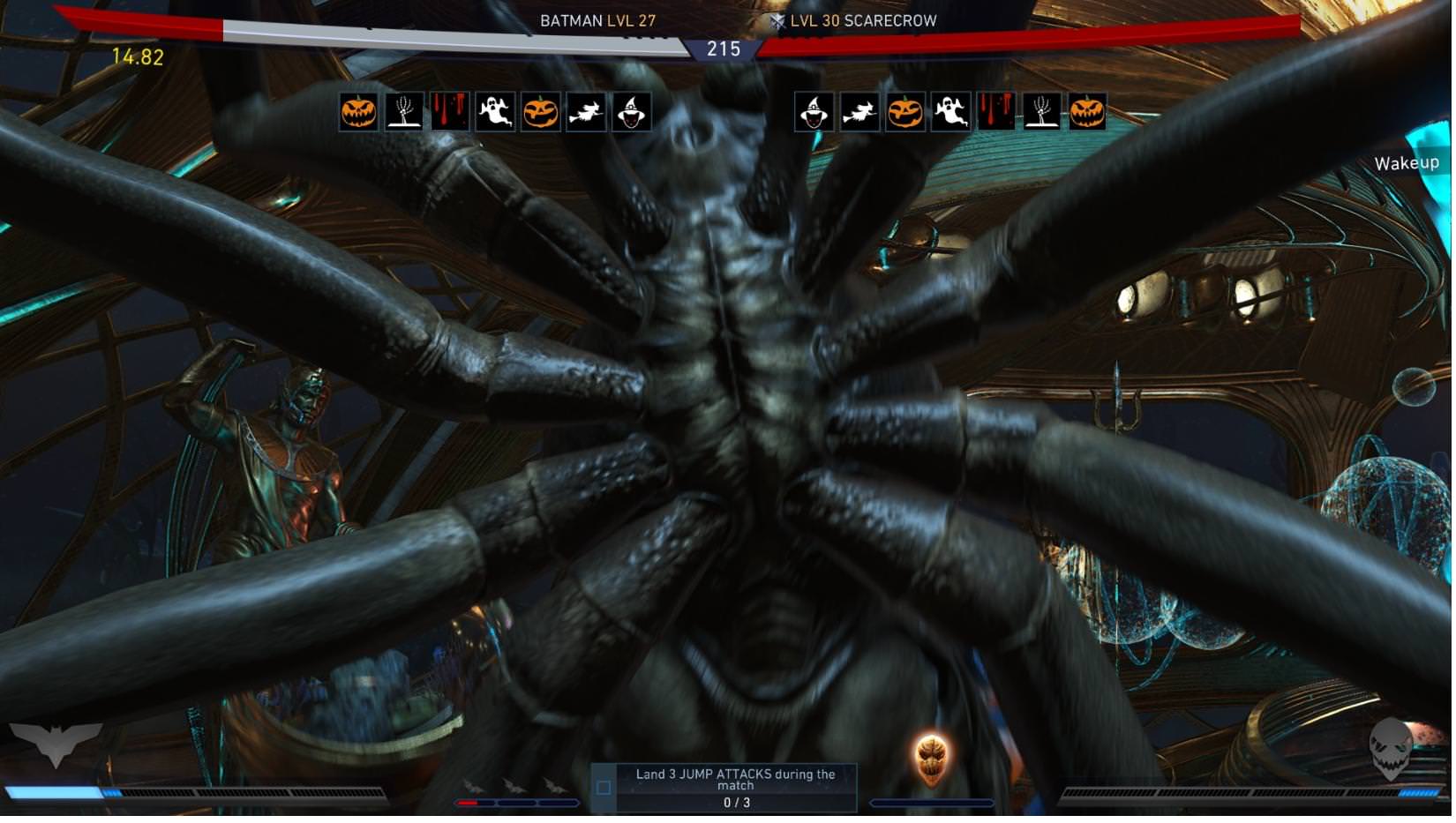 If this were a TV show or movie or a somewhat more ridiculous game, this would be called a "jump scare," although it's not particularly scary unless you're very spider-averse, as my wife was.

Oddly, this week's episode of Doctor Who is apparently entitled "Arachnids in the UK" and features a British invasion of the eight-legs. Yes, they did this before, back in Jon Pertwee's era, but the effects in 2018 are probably a little better than the models with pipe cleaners glued on that we were treated to in "Planet of the Spiders."