Hi, everybody! Who we are?

Hi everybody!
In this blog we will inform you about our game projects and the latest news about it.
First post we would like to dedicate to our first project call "Star Story: The Horizon Escape".
It was released on Steam 05.09.2017 (http://store.steampo...com/app/610310/), then it was published on itch.io, g2a.com and gamersgate.com. Was a work experience with chrono.gg. Soon Star Story will be available on kinguin.net and greenmangaming.com also.
TRAILER:

It’s a text turn-based adventure game with elements of RPG. The plot is developing in accordance with the actions of the player; there are 24+ alternative endings of an exciting adventure.
A spaceship of archeologist Van Click crashes, and he finds himself on the last unexplored planet in the whole galaxy called “Horizon”. As the Hero is trying to get out from this planet, he meets various inhabitants of unknown locations; he has to struggle for life encountering extremely aggressive species of Fauna and resolving various puzzles. The end of this eventful flee from the Horizon planet depends only on the player’ choice.
In this game we have mixed the mechanics of dialogues, choices, turn-based battles, puzzles, crafting and technology researches. 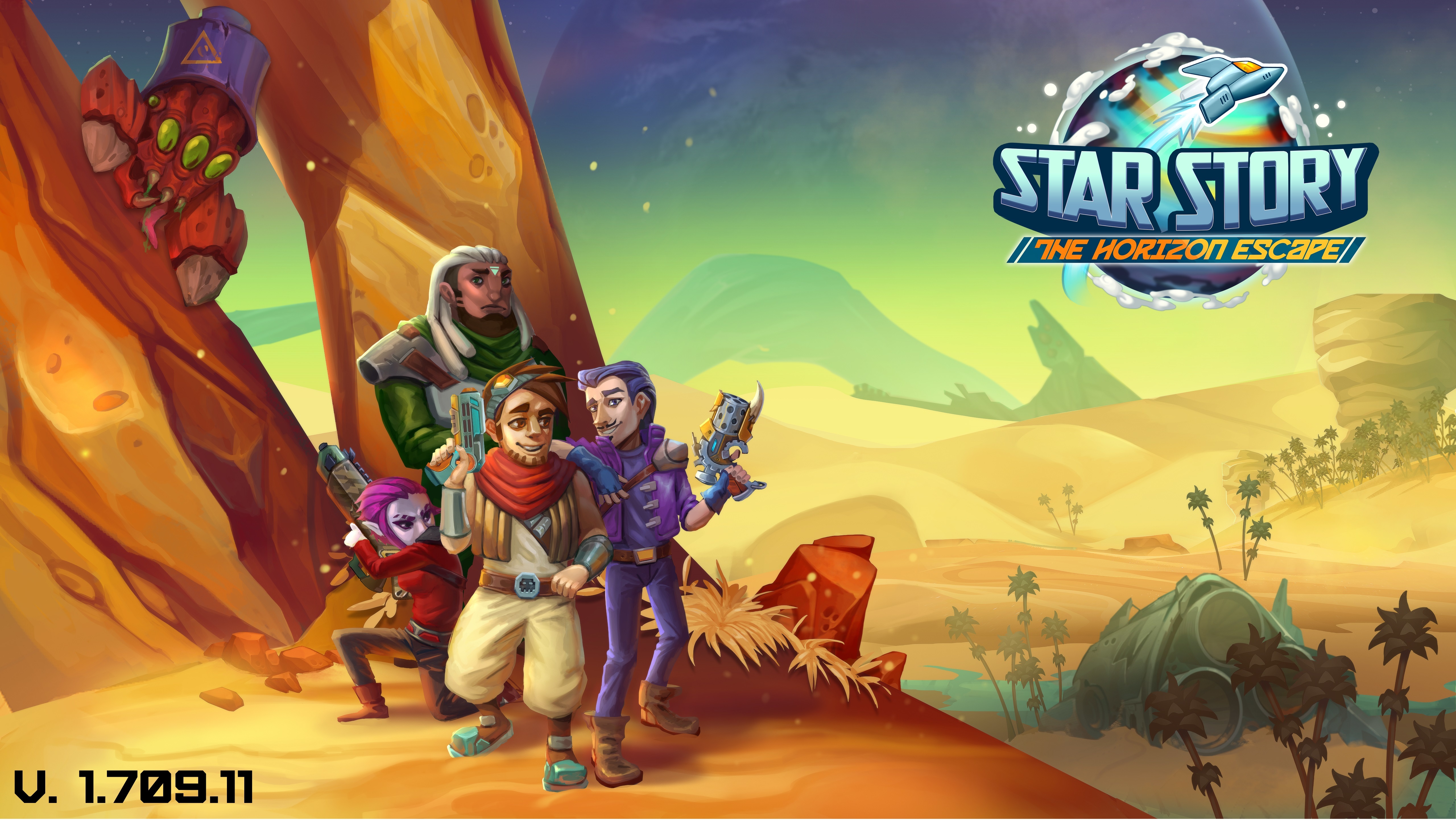 Work on this game lasted 1 year. And before an official release Star Story took the first prize in the nomination «Best PC game» according to Indie Cup 2017 and got the first place in the Deconstruction Workshop at the White Nights St. Petersburg 2017 conference.
As it our first post, in honor of it we would like to share 3 STEAM keys to Star Story for our very first readers and friends here:
D3TMZ-FWZFM-XCX8J
H4KLZ-7P2A9-F9YZ9
BD4YI-A4PER-KWTMY