This week's proof that the apocalypse is upon us?

Or the logical end result of the combination Taco Bell/KFC.

Just thought I'd share that I moved into a new house last weekend and one thing I discovered is that the crazy person who lived here before me had Cat8 ethernet wired to every room in the house. I don't know why anyone would ever do that, but the good news is it will only take 5 seconds to reinstall Civ6 after I uninstall it in disgust, which happens on a weekly basis.

I used to work somewhere which, among other things, did security systems and in-home networking. We had a customer who was a typical small business tyrant, except his business was run out of his house. Oh, and he was extremely paranoid, even more so than these dudes usually are. He had every inch of his house, inside and out, covered with cameras and would call us the second any of them so much as blinked out for a second.

But yeah, he had a setup like this apparently. I never figured out what he did other than monitor his cameras. We speculated the real issue was he didn't trust his wife as he was away on business often, leaving her at home in the Truman Show. We didn't set this up for him. He'd burnt through two other IT companies by the time he got to us. And yes, after a while (too long, if you ask me) he was requested to find someone else to service his IT needs. Luckily, I only had to deal with the guy on the phone but my co-workers had to make the trip out there. I guess his network would have rivaled office buildings we'd worked on. lol

Microsoft buying Sega was right in front of us the whole time... The rumor that MS was buying Sega was strong at the end of the Dreamcast's life, and that the Xbox was going to be DC compatible, etc.

I'm with you, only mustard for me too!

Sent from my SM-N960U using Tapatalk 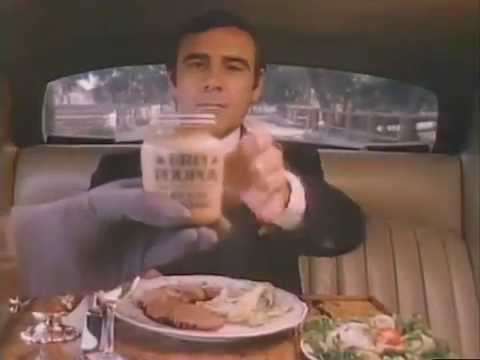 If the game took place in Louisiana is I'd call it "Mardis Gras sidewalk".

So I'm not the only one thinking "Technicolor Yawn" when they saw that color scheme?

If anyone needs a followback, I'm Captain Wrong.

Can I say I miss Trump?...my search for animated gifs was way easier.

I wish they'd let Biden out of the basement more often. We're running low on fresh presidential memes and gifs.

Just got my AtGame Mini in today - anyone have a good link or youtube on where to get started getting more good stuff(Nes/Arcade/etc) on it?

I've looked at the saUCE reddit and not sure where to start.

Walmart clearanced the AtGames gamer mini again. $71. No brainer at this price, IMO. Can always add a usb trackball or spinner.

I meant to say thanks for the heads up on this. I now have the AtGames cabinet, pinball and this. lol

Re: lag. I have the Arcade Legends cab and after living with it for a while, I'm really surprised more people aren't mentioning the lag in the newer games. I'm not the most critical gamer, but for instance, I was trying to play Boogie Wings the other night and I had to double check that I wasn't playing a streaming game (which I've found to be unplayable). I'm not sure what's under the hood, but it's really disappointing they couldn't have given it a little more horsepower. I still think it's worth the money, but I'm using it with a retropie and enjoying it more that way.

Just a heads up, there is a subreddit (r/FansOfsaUCE) that is devoted to the CoinOpsX builds and many of the people who have worked on these are active over there.

That's actually pretty cool, since A1UP machines don't require quarters to work. However, given the "quality" of A1UP, I doubt these things will last long.


I worked somewhere that put some in the break room. They didn’t get used that much (we never had time, heh) and they still ended up with issues. These were the very first batch so maybe they’ve improved but having spent a lot of time in laundromats, there’s no way they are going to last more than a few months.

Star Wars pinball VR is supposedly fantastic. There’s always VPX with VR tables but that requires A LOT of know how and setup to get to work. I already built a virtual pinball cab and have a ton of tables, adding VR to it is the next step.

I farted around with PinMamae, Vpin etc. ages ago and, since I have an AtGames table, I'm dipping a toe back into all that. It's interesting that while it's easier than it was ten years ago or so, the learning curve is still kind of steep. I hope to get around to figuring it all out eventually, but I don't have the free time I did 10 years ago either.

I have Piniball FX 2 VR and Zacarria VR. My personal preference is for the Zacarria stuff, because I think Magic Pixel is killing it for a real world simulation that is plug and play. The VR adds to it, especially on their deluxe tables with multi levels and toys and whatnot. I miss having tactile feedback for nudging, but I think that's where I'll have to do some homework and figure some things out.

Pinball FX 2 is a bit more showy. It's pretty much what I expect from Zen and if I was demoing for someone, I'd probably use this unless they were more into pinball. It's good enough I've bought DLC and will buy the Star Wars set eventually. But I've spent more time with the Zaccaria stuff because that's more my speed. (I also really appreciate that once you buy the VR DLC for the Zaccaria game, you don't have to re-buy the regular Steam tables. I've bought the Zen tables more times than I can count, so not having to buy all these again has made me a loyal customer.)

I’m not interested in 99% of the VR games out there, on any platform. I would buy an oculus almost exclusively for pinball though and I likely will. Look up VR headsets combined with a physical virtual pinball table- o my. There’s also a stellar, super customizable VR arcade platform.

My question is this- what are the good, if any, golf, bowling, and baseball games?

The existence of zaccaria pinball vr was what pushed me over the edge. I can only imagine what else is out there.

U!!!! "It looks like you've been attempting a lot of purchases in the last few hours. Please wait a while before trying again"

I paid too much for this apparently. It’s really neat, you can easily mod it.

FYI: The stick is worth it and can be easily "upgraded" *wink wink*.

The mini is a neat collectable but the controllers are busted and the HDMI out is garbage.