Don’t know anything about Naruto? Don’t fret; my knowledge consists solely of what I’ve gleaned from playing portions of the videogames over the years. With Naruto Powerful Shippuden, you don’t even need that rudimentary background. This super-deformed brawler is from development house Inti Creates that has helmed numerous recent Mega Man games, so it has some two-dimensional gaming know-how behind it. Is that type of pedigree enough to create a game that appeals to even those ignorant of the goings-on in Hidden Leaf Village?

Believe it or not, Powerful Shippuden in fact isn’t entirely a Naruto game. Instead, the egotistical blonde ninja shares the spotlight with Rock Lee (a character I was totally unfamiliar with before this game). I don’t know whether it’s the Chibi-style the game employs or whether he is always like this, but I found Lee’s antics to be far more enjoyable than those of Naruto. His outgoing, bumbling and geeky persona really lends to the game’s art style and there are some truly humorous moments in the story. There are also some uncomfortable scenes of innuendo that creep in, given the young age of the characters. These are usually followed by a public service announcement type warning that it’s not okay to stalk other people or blow wind up their skirts. It may very well be even creepier because the game points out how creepy it’s being. For the most part though, the minimally animated cut-scenes with English subtitles and Japanese voice work offer up a charmingly wacky presentation that isn’t opposed to breaking through the fourth wall. The story progression is laid out so that you must switch back and forth between the two heroes every few missions to gain enough keys to unlock higher stages.

Although Naruto and Rock Lee perform different types of Jutsu, this button-mashing beat-‘em-up controls the same no matter which character you are playing with. The animations will be different but in essence you will always be mixing normal and special attacks, dodging or blocking enemy blows, and dashing to extend combos. There’s a fatigue system in place (a chakra meter that builds as you perform normal attacks) to ensure you don’t overuse the special attacks. Both Naruto and Lee can also call in support from their ninja comrades in the form of quick super moves that recharge over time. Overall, it’s a fluid and familiar fighting system that’s easy to master.

The developers tried to counteract the monotony that can set in with a brawler in a number of ways. First off, there’s an RPG-esque experience system that allows for leveling up of the characters, learning new special attacks, powering-up support characters, and buying special items. Secondly, before each mission you can set a bonus goal that adds extra challenge such as completing the level within a time limit or finishing without becoming fatigued. It’s a clever reward system that doesn’t penalize players if they don’t meet the secondary goal. Another way the game attempts to stay fresh is with varying the structures of the levels. Some stages are as simple as wipe out every enemy that spawns onto this solitary screen worth of game space. Others have you racing against the clock from one end of an environment to the other while gaining additional time from stopwatches dropped by downed enemies. There are also missions where you have to find hidden scrolls, ones where you must prevent enemies from crossing through a gate, and others where you must survive without attacking. Keep in mind that the average level only takes about a minute and a half to complete so you’re never doing the exact same thing for too long.

Even with these preventative measures against repetition, Powerful Shippuden still can’t avoid the eventual fatigue. There’s just not enough variety as the handful of level environments repeat again and again. There’s the one with the trees you can jump on and there’s the one with the doors that lead to small side rooms and then there are a few others that are less memorable. Fill these up with the same wolves, hawks, snakes, frogs, and handful of generic ninjas, and working through the levels in the hopes of getting to something unique all starts to become less and less thrilling. There’s a little too much of this filler material in-between the more interesting boss battles to really justify the game’s length. I know that when the game’s end credits suddenly sprang onto the screen, I was on one hand surprised by the sudden end to the game and on the other hand relieved that I didn’t have to punch and kick any more wolves and hawks. If you want to keep punching and kicking wolves and hawks, there are several missions that open up after the main game is complete and an Endless Battle option also presents itself.

All in all, Naruto Powerful Shippuden succeeds in appealing to a novice Naruto player. The humorous presentation and competent combat make it a good mobile offering for both franchise and beat-‘em-up fans. Had the repetition been cut down with a larger variety of enemies and locales, this would have been very easy to recommend at a higher price. Unless you have some sort of insatiable vendetta against wolves and hawks, I’d recommend checking it out when it has a price more befitting the amount of original content found within. 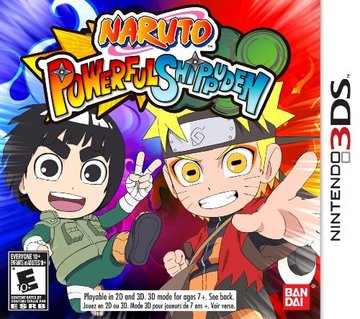