As improbable as it seems, at some point in the recent past there was a meeting between Marvel and Activision where they both left the room in agreement that a Deadpool game should be a thing that exists. Maybe they both saw the potential that the “Merc with the Mouth” brought to a cameo role in 2010’s Spider-Man: Shattered Dimensions, or perhaps developer High Moon Studios has built up enough goodwill with their Transformers games that Activision gave them a chance to work on another license they clearly love. However the game came to be, is Deadpool ready for a starring role? 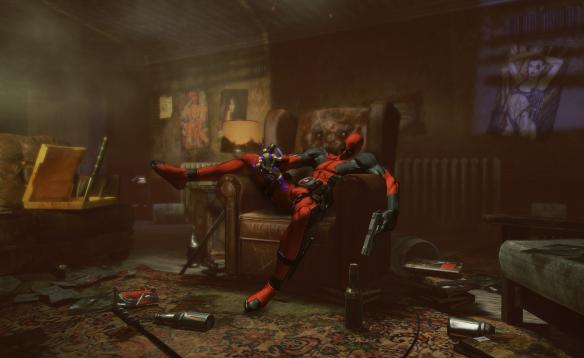 If you’re not familiar with Deadpool, he’s a rather unique character in the Marvel Universe who has seen a rise in popularity since his inception in the early 1990’s. He’s known for his Wolverine-esque healing factor, his Snake Eyes-like Ninja Commando fighting style, and for being an impossibly lovable egotistical, loud-mouthed schizophrenic who excels at making dick jokes while breaking down the fourth wall. Or in other words, yes, he’s a prime candidate for having his own videogame. And it’s clear that High Moon Studios knows exactly what people looking for a Deadpool game want: low-brow humor and a sky-high bodycount.

It’s often hard to pull off a funny game, but Deadpool got me to laugh aloud a few times and left me smiling for the majority of the eight hours it took to beat the game. The game doesn’t skimp in the writing department with comic author Daniel Way putting together an absurdly haphazard series of events that leads to Deadpool kind of saving the world from Mister Sinister. Along the way there’s a lot of Marvel fan-service with appearances from the likes of Wolverine, Rogue, and Deadpool’s partner in time, Cable. Perhaps the thing that makes the game so entertaining for fans though is the impressive amount of voice work. Nolan North reprises his role as Deadpool, and the anti-hero (and the voices in his head) are nearly constantly spouting out puns, boob jokes, pick-up lines, and witty banter without too much of it repeating. It’s kind of crazy just how many lines of dialogue must have been written and the game often gives you opportunity to choose to hear more of it in key situations (such as taking a dump in your apartment). It’s that attention to detail that really shows how much High Moon cares about the sanctity of this character and the fourth-wall-breaking stuff they implement (even being so oddly specific as to talk directly to Peter Della Penna, President of High Moon Studios). Also included in the hijinks are clever jabs at videogame tropes that mix up the game’s standard hack and slash gameplay with small retro-inspired throwbacks.

I’d best describe the combat mechanics in Deadpool as familiar yet never spectacular. The fisticuffs are essentially the same as those found in nearly every superhero game. Light and heavy attacks are used to form combos with your dual-wielding melee weapons, you can mix in gunfire, and you can dodge and counter with a teleport ability. Unfortunately, the countering and teleporting are mapped to the same button, so I found myself teleporting sometimes when I really wanted to counter. You’ve certainly played this kind of game before, but I think the system they have in place offers a nice mixture of feeling invincible, while still allowing for more skilled players to really concentrate on racking up the combo counter. You’re rewarded by maximizing your combos in two ways. The first relates to the action directly as a Momentum Meter is filled with each successful hit that enables Deadpool to unleash special moves such as breakdancing about like a tornado. Secondly, combos earn you DP (DP can also be picked up in token form) which can be spent on unlocking the three different melee weapons, four different guns, items like grenades and bear traps, and levelling up those weapons and Deadpool himself. Basically, kill dudes and you are rewarded with things that let you kill dudes better.

As for the environments in which you kill these dudes in, they are similar to the closed-in hallways that lead to open arena style areas that you’d see in High Moon’s Transformers games. They make sense for the type of game this is, but they have you go through the same sewer level you always do in this type of game. Clearly, the budget wasn’t spent on level design and there’s really not much platforming to do besides the occasional jumping across bottomless pits onto floating platforms that always seems to happen later in these games. You know, a few levels after you’ve escaped from the sewers. Along with a lack of level sophistication, I found the limited number of boss battles to be underwhelming. Granted, you fight against some pretty D-level villains, but I think some more memorable encounters would have helped to battle against the fatigue of slicing up similar groupings of three to eight cloned minions for the duration of the game. 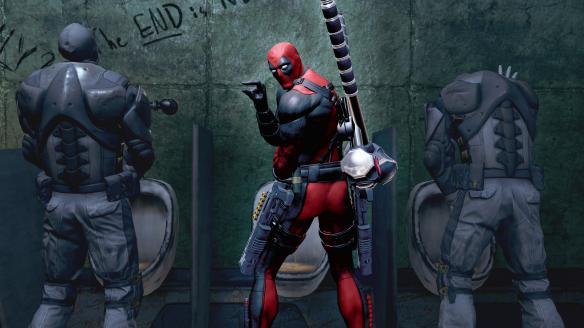 Even though it’s clear some aspects were sacrificed for the sake of getting a game like Deadpool to market, I think High Moon chose wisely in where to concentrate their efforts. They’ve created an above-average action title that’s bulging at the seams with Deadpool’s in-your-face attitude and dick jokes. Come for the sophomoric humor and, hey, you might as well dismember all these dudes while you’re here.

Will wait for a price drop and more reviews, but this was an excellent review.  Thanks so much.

Not a huge Deadpool fan (especially the more wacky Deadpool), but I'm a sucker for comic book games, and I can't just pass up a game that includes Cable and Mr. Sinister. Thanks for the review.

Thanks for the review, surprising outcome.

Also, this is funny:

"...in key situations (such as taking a dump in your apartment). It’s that attention to detail that really shows how much High Moon cares about the sanctity of this character..."

Glad to see this is a good game.  Got nervous when they dropped MSRP to $49.99 and even more so when TRU dropped price to $37.50 before release.

Looking forward to playing it once TRU ships.

4/5
Very Good
Review Notes
The Xbox 360 version of Deadpool was provided for review by Activision. I completed the game on the normal difficulty in eight hours and accumulated 21 out of 50 Achievements for 350 Gamerscore. In addition to the campaign, there are also Challenge Rooms that you can play. I played one of those and didn’t find it too exciting. Deadpool is also available for the PlayStation 3 and PC.
360 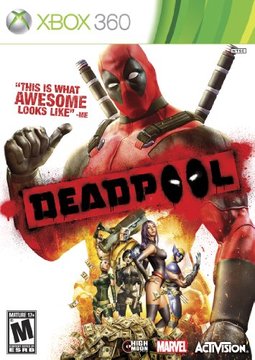