http://www.neogaf.co...6&postcount=424
The below quote is likely nothing, just some poster over at NeoGAF, so it would depend on this Cyntec fella's reliability.

your wish will be granted...

Yesterday Sega told me alot about Yakuza 3, after begging for more information about a western release.

To short this up: Sega brings Yakuza 3 with an english translation. Japanese voice, english subtitles - just like Y2. No internal release-date set so far, but I guess it will hit early 2010.

There are some funny background-information about the western release, but can't tell yet. Maybe I'll doo after Sega officially announced the game.

I'd be happy with that - Sega overpaid for name voice actors for Yakuza, and after playing 1 chapter of Yakuza 2 last night, the game's atmosphere is so much different - almost all for the better, after putting 1-2 hours in Yakuza 2. (and that's in spit of the fact that it was disheartening to see that you start off Y2 in the same part of the city you spend almost all of the first game in.)

Hurry up and release this, Sega! I need to play some panchinko mini-games!

That makes seem like it will be a DD only release. Which wouldn't be that shocking to see since the last 2 games didn't sell that well.

That makes seem like it will be a DD only release. Which wouldn't be that shocking to see since the last 2 games didn't sell that well.

I hope Sony and/or Sega find a way to download the game in parts and then stitch them together like a .rar file -- I trust my internet connection but can't imagine trying to download a 10+ gig file in one sitting.

A listing for Yakuza 3 appeared on Amazon Germany's web site.

A listing for Yakuza 3 appeared on Amazon Germany's web site.

Getting closer to an American release (geographically speaking, at least).

This is a for sure day one pick up for me. I tried to forget about this game, then I seen the trailer for Yakuza 4 on PSN and cried!

This is the closest I will ever get to Shenmue 3.

I thought I'd give this thread a useless bump for no reason whatsoever...

Oh wait, there was that.

Sweet - but Sega's gonna have another self-fulfilling prophecy of poor sales by releasing it the same month as God of War III and Final Fantasy XIII.

Awesome! But I need to play the other two first.

But myke is right.

But myke is right.

Yeah, when I heard March a while back I wasn't too happy about it given that 2 other major releases (possibly 3) are coming that month. But you know...it's Sega. They have this thing that always seems to make bad stuff happen for their best games...and their worst games.

Sweet! just ANOTHER game to pick up in the already crowded 1st part of next year. But still, I am amped that sega is bringing it out here.

I'll be putting this in the OP briefly.

Basically, the game will feature English Subtitles, but will maintain the original Japanese Voice Acting. By the way, that's a departure from SCEA's stance on localization.

I was excited for the announcement, buy I just have to say it despite the fact that everyone and their gaming brother has said it: WHY MARCH? The whole reason they were skeptical of Yakuza's localization was because the first two sold so poorly. Do they really expect it to be able to stand tall in the same MONTH where God of War, Final Fantasy, and other high profile games are premiering, to say nothing of the sheer amount of the quarter.

I'll probably end up buying it to support the series and hopefully help Yakuza 4 get localized, but they really should delay it a little. August/September would fare quite a bit better. I'm also simultaneously disappointed and happy to see that they're just going to do English subtitles, rather than English voice overs. I'd love to not have to squint as the usually tiny subtitles, but if saving money on voice actors is what it took to get Yakuza 3 localized, then I'm fine with it.

FFXIII will do sell amazingly -- so I'll throw my money behind this and support Sega.

Hells yes. Make sure to buy it this time fools so they'll bring over the 4th one! 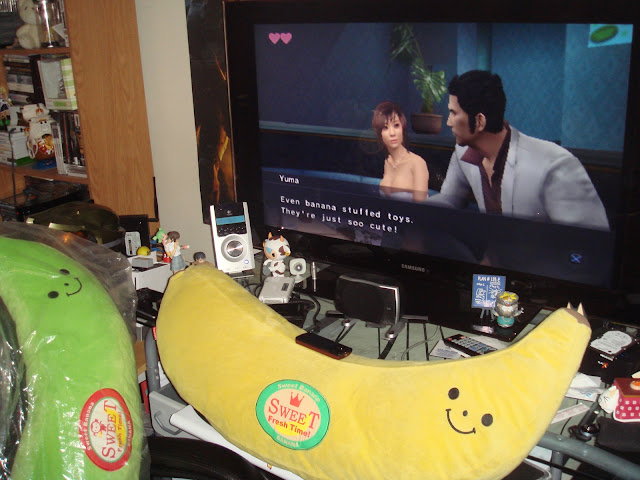 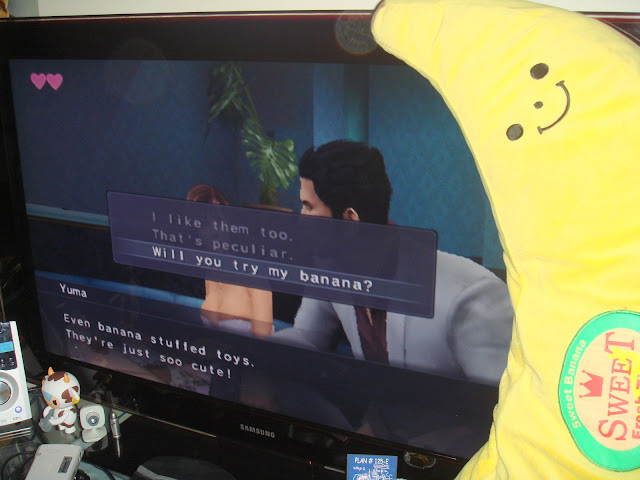 Proper localization too like the 2nd game, hells yes.

Can't wait for it. March is going to be stacked. It's too bad I never got a chance to play Yakuza 2 though.

Haha those are some great screens.

whoknows   Time and Eternity for all of time and eternity CAGiversary!   40127 Posts   Joined 16.1 Years Ago

Looks like Sega is releasing this game via Blu-Ray, at least, according to Gamestop.com.

Why wouldn't it come on a disc?

Why wouldn't it come on a disc?

'Cause it was my understanding that the game would only have Japanese voice track, and games released on disc would need to have an English voice track.

All Japanese-only voiced games would be released on the "Japan Special" channel in the PSN, which was rumored around E3 of this year.

Just went up on Amazon.

Can anybody answer for me why the JPN demo locked up on me after I finished the fight in the night club (after the cutscenes and talking) when I was leaving the night club to go back outside (I wanted to see what else I could do in the demo)?

It locked my system up and I had to do a manual shutdown, I'm concerned about playing it again, if everytime I start it up and play it, it's going to go and lock up on me.

Did you try it again and it happens there each time or did it only do it once? My system has locked up on me a few times, well probably a couple dozen times total now since I've had it. I probably should actually worry about it but I don't, and it is still fine.

Just went up on Amazon.

Sweet -- I've been waiting for this to show up.