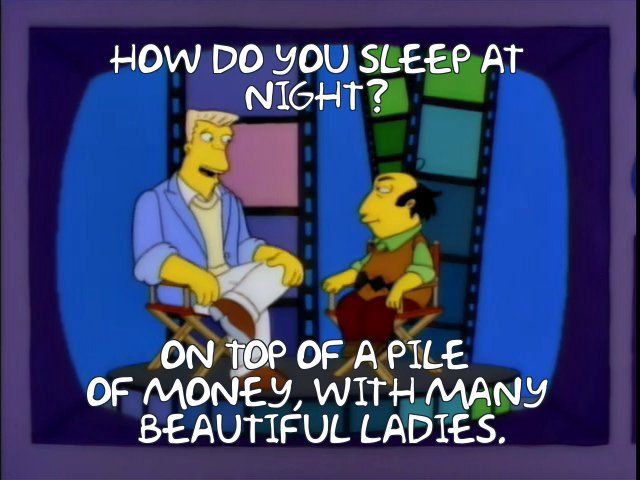 zero out of two aint bad I guess...

MinDRioT   slipping through the cracks of a stolen jewel CAGiversary!   5031 Posts   Joined 9.0 Years Ago

To be on the safe side, in case Groupees goes dark, I've scoured my account for content I can't live without.

I couldn't really find anything so I copied my Amiga Forever license key so it wasn't a complete waste of time.

Thanks to you dropping the ball, Yanni missed out on countless sales that destroyed his bottom line. Now he'll have to partially pay out of pocket to construct the extravagant yacht that he plans to take to South America.

Worse yet, Motoki will now be condemned to literal darkness in JonnyC's dungeon as the latter can no longer pay the extra bills.

I expected Groupees to go out of business like six years ago so I downloaded everything I’d bought there back then.

Also I haven’t bought a Groupees bundle in like six years, apparently.

Happened to open groupees... Saw this.  Get u shit while you still can.

"There has been some major disruption with our technical team based in Ukraine and we are not currently able to offer bundles. That may change, we can guarantee users will be able to download their assets through the end of July 2022. We will keep you informed about the future of Groupees here and on social media. Thank you."

I have a bunch of chiptunes bundles, but that's mainly it other than some DRM games I'd probably not touch. I'll go through it this weekend.

I have a bunch of chiptunes bundles, but that's mainly it other than some DRM games I'd probably not touch. I'll go through it this weekend.

That's most of my crap that I want to get... I have a few hundred albums at least.  I already have all the steam keys redeemed or saved.  DRM Free crap... no interest in.

Wow I have unredeemed stuff from 2019 still.

Wow I have unredeemed stuff from 2019 still.

Went through and ended up with +24. Not that any of them are worth looking at.

Edit: +26, because there were two Humble links that gave me two more keys.

But but.... What about my Yanni Antimatter coin???

Can I use it to get Motoki out of the dungeon?

I'm seeing a lot of bandcamp keys I didn't think were there before... so that's cool.

This is a fun exercise for those that bought every synthwave (I bought a few), chiptune or whatever else music bundle. I will miss them cause of those. Some had some pretty interesting music. The games over the years got worse and worse going from decent Be Mine bundles to poopier greenlight bundles (remember that?) to Remute bundles, which are a low point unless you like his music. I took a few hours yesterday and downloaded so much music, some comics, some DRM free games, one or two movies and even the Johnny weird video stuff to watch once and delete forever.

In other news I had a lot of Steam keys lying around here. I labelled some (M) as they came from Bundle in a Box and may have been redeemed by myself. Send me a PM requesting what you want. It's a fire sale, and many of these are old, but some were barely bundled. If it has an (M) it may not work, but it may as well. The list is below and I'll strike out games as they're claimed. If you want all the Men of War stuff just say all unique stuff and I'll give you the 10 or so codes that comprise that. By the end of Monday I'll likely dump the rest of the codes for lurkers and all.

I took Surgeon Simulator and NOSFERATU.  Thanks!

In going through all the bundles, I found a few things that STILL were never updated... like, there was supposed to be a fan voted on remix done in the Synthwave 3 bundle from March 01, 2016.  Couple other things too...

They confirmed keeping the site up through August a few days ago.

This album title made me laugh...

Subtract the WIN from a Bundle of WIN and you get chiptunes.

SPent past week or so going through all the bundles, downloading music and making sure I had everything.  I didn't bother with bandcamp keys/the bundle's that gave another bundle cause I figured I could just "show unrevealed stuff" to see them all after I was done.  That's not an option for music. :/  So now I have to skim through all the bundles again. :/

Also, saw this today, when I had like 10 bundles to go through.  Someone made a tutorial to use some apps to download everything.

Also weird thing, I see some albums with "Steam" keys, but they reveal as bandcamp keys.  I don't know the story there.

I have some extra bundle keys for some music bundles.

The AWITW bundles give gift bundles for previous ones.

If anyone wants something, let me know.  I'll just post them in a day or two.

A Whale Is Too Whorish? I dunno, sounds lewd. And possibly anti-cetacean.

A Walk in the Woods https://awitw.bandcamp.com/

Well, no one asked for anything.  so I'm just going to dump and be done.

My dumbness got ahead of itself and I just started claiming stuff.

Here are the links for others. Read the disclaimer on the previous post before being an idiot like myself. Each one contains the previous bundles up to 3 from whatever the number is. Again sorry for me screwing up the giveaway!

Crosspost:
Those of you putting off getting all your Groupees stuff (myself included) probably need to get a move on. Reddit has discovered that the domain lapses on the 21st of this month (despite assurances the site would be up through the end of the month).
https://www.reddit.c...omment/ijjci7l/

Yeah the download speeds are decent, but the downloads are a pain as you can queue up the full thing, but it asks each one by one. Very annoying.