More details on the 3 game limit for the 20% off discount:

◾Even if you returned a game, it does count towards the 20% off limit.
◾The limit does not reset, it is currently considered lifetime.
◾Games that are part of order cancellations do not count toward the limit.
◾If you would like to purchase more than 3 games of the same title, it is recommended to not link it with your My Best Buy account.


and some questions were answered about existing/recently expired memberships:
- Current Gamers Club Unlocked members will get the new benefits (especially the 20% off new games) for as long as their original membership lasted
- If your membership has expired within 6 months of Nov. 15th, be on the lookout for a special coupon for $30 for an extension for 2 more years on top of your old expiration date.
- About the 3 game limit: this was posted on the Best Buy forum: "Purchasing more than 3 copies of any one title with the Unlocked benefit of 20% off the sales price could lead to the potential cancellation of My Best Buy account membership." http://forums.bestbu...its/td-p/727603

About the automatic extension until Feb. 2014:


Starting today, November 7, 2013, emails began to go out to these current and past members that include the coupon mentioned above. These emails will continue to go out over the next couple of days. To help ensure that all qualifying members are able to enjoy these benefits as soon as possible, we have some great news for you. Anyone whose account has expired since May 1, 2013 or does expire prior to February 10, 2014 will have their membership extended to February 10, 2014 at no cost to you. We’ve provided the answers to some questions you may have below.

Q: When will my account be updated to reflect the February 10, 2014 expiration date?
A: We are currently working to update these eligible accounts within the next few business days to have it completed in time for both the PlayStation 4 and Xbox One launches.

When I was at Best Buy Saturday they had a sheet of paper up on the CS desk that on one side talked about the midnight launches for PS4 and X1. On the other side it mentioned their new Gamers Club Unlocked program that is debuting Nov. 10th.

Had I known this was new info, I would have taken a picture of it. But here are the highlights from memory:

(Much of this has been confirmed by Polygon)

1) Membership is $120 for 2 years
2) GAMER magazine ends in May
3) 20% off new game purchases (and this is specifically called out as justification for the increased cost of the membership)
4) 10% extra on trade-ins (as before)
5) 10% off used games (as before)
6) Double RZ points on game purchases (as before)
7) B2G1 used game coupon provided after signup (as before)
8) Coupon for a discount (50% I think? Don't remember exactly) on a game guide provided after signup (as before)
9) [from Polygon article] Subscribers are restricted to using their discount for three copies of each new game across any platform. For example, they could purchase two copies for PlayStation 4 and one for Xbox 360.

I think it might have mentioned something about coupons but I don't remember what, exactly. That would be important to know if GAMER is no longer being made past May.

I will try to get to the store again early this week to see if I can get more details, but I suspect someone else can probably get this info in the mean time. The sheet appeared to be an internal memo but it was displayed right on the Customer Service desk for all to see. It mentioned a new SKU coming for this program and for associates to start talking it up soon. I assume they are pairing this with the launch of the new systems to get people to sign up in order to buy new games for PS4/X1.

The unknowns that may make or break this program with a lot of CAGs are:

- Do current members carry over and if so for how long? Or is it possible this is just an additional "tier" on top of the standard GCU?
- Will coupons be provided in the "Offers" section of your account or some other way in lieu of being part of the GAMER magazine subscription?
- Does the 20% new game discount apply on sales prices, price matches, etc? (I would assume so, but we'd have to know for sure before paying up for this)
- And a personal issue for each CAG: is an extra $90 (the difference between this and the old membership price over 2 years) worth it for 20% off of new games, if all other things are equal.

If this is true, no one will sign up for it. $60 a year to save 20% in the long run may add-up if you buy new, $12 off each game, so 5 games and the year is paid off. But most consumers will see it as $60 on an unknown and rather spend the $15 at Gamestop and get very similar perks. This is 4 times the price for IMO very little benefit.

Man, that's steep.  Hopefully coupons are still a part of it.

You'll need to buy 10 games over the course of the sub just to make it up.

Yes, it would certainly seem like what everyone was saying was true. They've ruined GCU. 20% off isn't worth the cost of admission. If @Gamer magazine is gone, so too are the coupons, most likely. I wonder what will happen to those who renewed a few months ago.

not for me.  thanks for the info, though.

I hope more details follow this post as it's a shame they're canceling the GAMER magazine. Makes me wonder what the new method is on getting gaming discount coupons

Seriously, to me this is an awful decision by BB.

I was critical of the old program at $15 since I don't trade there much or buy many used games. Over the last year that I had the membership the coupons were more or less a wash for me. I probably saved $20-$30 but on the other hand bought some games I really didn't want in the process.

But for those who trade a lot, you can probably subtract the old $15 cost of the program over 2 years and consider this a $90 expense above what you would have paid anyway. So is it worth $90 to get that 20% off - perhaps. And if you trade a lot, probably it is for sure.

The big question of course is whether they would continue the same sort of coupons after GAMER is done with. But that's always been an unknown - they could have stopped giving out great coupons at any time. And in fact many would argue that the coupons have been pretty so-so the last year and a half compared to what they were when the program first started.

best buy is fuckin crazy. i'd pay the standard $15 gcu price just for the extra 10% on trade ins and nothing else. but this is nonsense.

I almost put this in the "unknown" list in the OP but decided I shouldn't be so pessimistic. But it was one of the things I thought of immediately as well. It is certainly a factor. To me I'd have to think I could recoup that expense within the FIRST year to make it worthwhile - just in case.

My subscription is paid almost until 2016 (due to a bunch of technical issues at Best Buy). It's a long story, but I had to pay for several $15 renewals. If they just wipe that away because they decided to now charge $120, I'm going to be very disappointed. Hopefully our subscriptions carry over.

There is no way Bestbuy is this stupid, there's gotta be a low tier option for people just wanting the usual 10% off preowned etc. But if there's not they really expect people to pony  up that much money just cause they'll offer 20% off new?

There is no way Bestbuy is this stupid...

This is best buy we're talking about

Employee: Would you like to save 20% on your new game purchase?

Employee: Well, if you sign up for our Gamers Club Unlocked program, you can do just that!

Customer: Okay, how much is it?

Seriously? Wow... No words to describe. It is nice for the 20% off but really, even with that, it is steep. Unless you buy games nonstop, this is worthless. There should be two levels just like the three levels of Reward Zone. The $120 for elite gamers & regular Gamers Club.

My subscription is paid almost until 2016 (due to a bunch of technical issues at Best Buy). It's a long story, but I had to pay for several $15 renewals. If they just wipe that away because they decided to now charge $120, I'm going to be very disappointed. Hopefully our subscriptions carry over.

Yeah, I didn't see any mention of existing subs on the paper but I didn't read it through entirely. This is obviously huge unknown. In my case, I let my sub expire in September so it makes no difference to me. I have to look at it as something new to sign up for - I'm leaning towards "no way".

I should add that it is possible this is just in addition to the old program. So maybe it is an extra tier. Had I known this wasn't common knowledge (I don't pay that much attention to the Best Buy threads on CAG) I would have scrutinized it a little more closely and taken a picture of it!

Soon to be former GCU member

Yeah, I didn't see any mention of existing subs on the paper but I didn't read it through entirely. This is obviously huge unknown. In my case, I let my sub expire in September so it makes no different to me. I have to look at it as something new to sign up for - I'm leaning towards "no way".

Actually, check, as you might not be in the BB Trade in thread that much, it has been mentioned and confirmed there that people who expired/recently expire soon have had theirs extended until early 2014. So worth signing into my.bestbuy.com and checking yourself.

Damn...I was looking forward to new details on GCU. Not anymore. 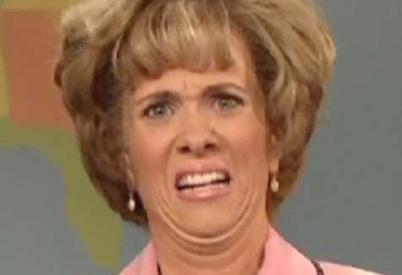 They'll take your money and run.

$60 for one year would be terrible, but doubling the time amount is done because Best Buy wants customers to lose money on subscriptions.

Actually, check, as you might not be in the BB Trade in thread that much, it has been mentioned and confirmed there that people who expired/recently expire soon have had theirs extended until early 2014. So worth signing into my.bestbuy.com and checking yourself.

OK, I logged on. It doesn't say anything about GCU. I see the "Elite Plus" but nothing about GCU. I know I did NOT have it when I did my first trade in 2 years in mid-September since the 10% bonus did not apply (and they did everything right). So it was definitely deactivated at one point. If they reinstated it till Feb. 2014 that would be great but I'm not seeing it.

lol Best Buy, with decisions like this you'll be out of business in no time.