It just sounds like once you hit Level 20 and actually finish the main campaign - eh, time to start a new character

There's a little more to do than that.  I'd recommend at least knocking out some nightfall strikes and weekly milestones in order to level up to 270.. with the end goal of completing the raid at least once.  Clearing the raid is probably the single best experience in the game.  At that point you could say "eh there's nothing left" aside from a new character or waiting for new dlc.

There's a little more to do than that.  I'd recommend at least knocking out some nightfall strikes, leveling up to 270, and completing the raid at least once.  Clearing the raid is probably the single best experience in the game.  At that point you could say "eh there's nothing left" aside from a new character or waiting for new dlc.

Maybe. Who knows.  Who cares?  Realistically, we'll play it for a month and move on.  That's why my price point was around ten bucks.

I'd estimate a few weeks of playing 3-4 hours per week to knock out milestones (these refresh weekly and guarantee loot drops that are higher in level).  Off the top of my head, that includes:

I had the same problem when I bought my gigabyte 1080 from their ebay store.  I got a good deal on the card so I just took the $23 loss of buying a key elsewhere.

I didn't get a particularly good deal on mine, but getting free Destiny 2 and being able to buy cheap keys for future Nvidia giveaways was part of the reason I decided to go 1080, so I plan to either get my Destiny 2 or send the thing back if they don't honor it.

The fortnite drama is ridiculous. That kid is some kind of special retard for putting the video back up and it makes sense I guess because the mother isn't too bright defending it. I imagine epic would be more than happy with the video taken down and an apology from the kid/parent, I doubt they are wanting the publicity of suing a kid.

weretable   is that you baby, or just a brilliant disguise CAGiversary!   1123 Posts   Joined 8.5 Years Ago

Would it be deemed inappropriate to make out with a computer monitor, video it and upload it?  Asking for a friend.

Would it be deemed inappropriate to make out with a computer monitor, video it and upload it?  Asking for a friend.

What are you doing?! This was supposed to be our little secret...

Re: Destiny 2.  Just asking as I have not kept up, but what is the latest controversy with Destiny 2 that google news wants me to read articles about the players being upset?  It appears that Bungie had to cancel a stream of an upcoming expansion to try to address player concerns.  Are the main points are the variation in drops and the experience system?

who knows.  everybody quit Destiny 2.

can't believe I did too.  I played the first one for years.  Probably won't jump back into it until the first expansion which I'm not even excited about.  The game left a really bad taste in my (everyone's) mouth.

I have all the guns already.  Its whatever.

oh yeah and don't listen to the stuff mysterd posted.  No one cared about the xp gain toward cosmetic bright engrams.  You get a bunch of them until you play a ton, and they are pretty meaningless.  It's not a typical 'loot-box' scenario that you can lump in with all the other current events.

oh yeah and don't listen to the stuff mysterd posted.

I don't think anyone does

Most non-players are upset that a company is suing a 14 year (realistically could be refiled against parents and could result in $150,000).  However, a lot of gamers that play multiplayer are supportive of Epic in this case.

Yeah, I guess people who aren't affected by all the hacks/cheats just see it as "Big company stepping on a little kid!" whereas the people who've been screwed in games over and over by blatant cheating are in favor of nailing him high in a tree as a warning to others.  Especially given his repeated provocations, it's hard to have much sympathy.

Destiny 2 gets ~80fps at 1080 while set to Ultra (or whatever the highest general setting is) on my 290X.  That was kind of impressive.  Stranger is that it defaults to a "custom" setting of mainly Low in everything with a few scattered Mediums.

Tonight we've scheduled Rocket League which I won't be playing because screw that game and also because I'm trying to wrap up Prey before we go All Destiny All The Time.  Tomorrow we're scheduled to make a return engagement in Battlefield 1 so it's a good thing I didn't uninstall it last night like I was thinking of.  We haven't played BF1 in a couple months now so we'll probably all be terrible and Bah will burst a vessel swearing about how everything is bullshit.  Keep 911 on speed dial.

Today is Gamergate's final day for their fall sale and they're celebrating by taking any half-recent AAA game off sale and just having mediocre discounts on stuff you don't want.  I suppose that's not much of a lead-in towards saying that today is also the last day to get bonus zGold when you fill your wallet.

To the wishlist! I played that shareware Jazz Jackrabbit game a lot. It was a bit messy honestly with the viewpoint being too close to Jazz Jackrabbit so you couldn't just run around like Sonic. For Jazz Jackrabbit 2, if I remember correctly, they zoomed out a lot so the characters look quite a bit smaller now, but didn't have the same problem. Will get for 75% or more off, and likely aged better than something like Commander Keen (which I need to play my version to see if I ever pick up the rest during a Steam sale). 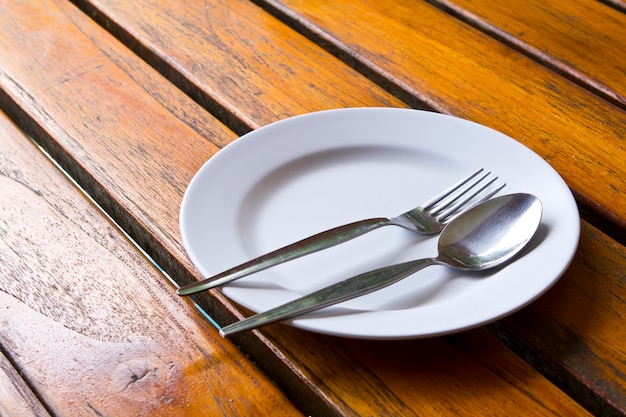 Jazz was a fun game back in the days. That's one off my wishlist of my childhood games being available again. Remaining still are the LotR games, and Alien Carnage.

Remember that Coinbase promotion way back where you got $1 in BTC for opening an account?  Come on, 2020!!!

Remember that Coinbase promotion way back where you got $1 in BTC for opening an account?  Come on, 2020!!!

xcom the bureau is free on humble... I don't feel like finding the link.

I found the link.

Reservoir Dogs just got removed from GOG. Apparently the company behind the game is going out of business.

There is a high likelihood that this game will get removed from steam as well sometime soon.

And removed from the steam store as well.

I found the link.

You do know who my avatar is... right?

I haven't had a piece of paper fly away since I got mine!

will wait for Destiny 3

Oops, I already had it like everyone else but the LurkBots.

weretable   is that you baby, or just a brilliant disguise CAGiversary!   1123 Posts   Joined 8.5 Years Ago

To answer a previous Toaster question, now that I actually have it I can say that I freaking love the Alienware monitor.  I had a seven+ year old Samsung monitor that wasn't top of the line when it was new.   Anyway going from that to this beast is ridiculous.  I can not compare it to other good ultrawides since I have zero experience with them, but this like a whole new world.  The width and the curved screen will both take a week or two for me to adapt to them but the quality on the thing is insane.  I had to RMA my first 1080TI sadly but my new one is coming tomorrow so when that happens I can really test the new monitor out with some Battlefield One  Destiny 2  Huniepop.

Also tagged with one or more of these keywords: PC, Steam, Origin, Uplay, DRM-Free, Epic