- This version will also come with "improved graphical fidelity."

- Fatesworn expansion can be bought separately or in the (complete) Fate Edition.

but not really, I just like bill murray gifs

- This version will also come with "improved graphical fidelity."

- Fatesworn expansion can be bought separately or in the (complete) Fate Edition.

And I'm guessing everyone has to rebuy it at the low low price of $60.  Also, this sale is so bad I've forgotten to do the queue for cards.  Did it once or twice but I haven't really been paying attention.

Just got my first 144 Hz FreeSync monitor and I think 60 FPS is completely ruined for me now.

Well said. 60fps is for console. Very diminishing returns for my eyes over 120 though.

They seem to be re-releasing a lot of old games, remastering them...and now going a step further and then even expanding on them.

They did this w/ Titan Quest Anniversary (adding Atlantis & Ragnarok DLC's); and now it looks like they are also going the same route w/ KOA:RR with also Fatesworn DLC.

And I'm guessing everyone has to rebuy it at the low low price of $60.  Also, this sale is so bad I've forgotten to do the queue for cards.  Did it once or twice but I haven't really been paying attention.

Doesn't mean they will do that w/ KOA:RR for KOA:R Complete owners on Steam (or Origin) though. We might have to re-buy it all; who knows. [shrug]

What I could see Nordic doing, though - the upgrade to new version is free for old edition owners...but new DLC's/expansions you will have to pay for - i.e. I got TQ: Anniversary for free for owning TQ: Gold on Steam - but I will have to buy Ragnarok DLC and/or Atlantis DLC's.

Just got my first 144 Hz FreeSync monitor and I think 60 FPS is completely ruined for me now.

Yep, high framerates w/ an A-Syncing method (like Free-Sync and G-Sync) will ruin 60fps gaming. It's just much better and a whole new ballgame, IMHO. So much smoother, even if you catch massive framerate dips...as you still might not even notice it, unless you look at or catch the change in the framerate - i.e. you have 120 fps and got slapped to 90fps, you might not even notice the hit. No input lag, no performance lag, nothing..

Even scrolling through this deals-only thread from one deal to the next is just ridiculously smooth. I wasn't ready for this.

Even scrolling through this deals-only thread from one deal to the next is just ridiculously smooth. I wasn't ready for this.

On a related note, we're getting Horizon: Zero Dawn in exactly one month.

I'm just curious which state got left with the bill for the remaster.  Where's crazy racist Curt Schilling living nowadays?

Well i've now finished 2/3 of the games i bought in the steam sale already to make sure i dont get burnt on a better deal that comes out before i play them. REsident evil 7 is awesome, if you like old school resident evil buy it. One of the best horror games in years

Firewatch is decent. Not bad for 5 bucks and it's a nice little narrative game with a pretty enough world to explore.

I wanted to like KoA because it has some fun combat and fantasy open world rpgs are up my alley but god it was so generic and boring. Maybe i'd get into it if i gave it another shot but after a few hours i just couldn't do it

Finished Void Bastards. Honestly a pretty fun game and reminds me of a way better Rogue Shooter. There where some things that got me though. It was annoying to pick up items sometimes and sometimes the movement was shaky. The shooting also never felt super accurate, but you get used to it. It took  me 14 hours, though on howlongtobeat it took them a bit over 8. I likely suck and all, but it's worth playing if you got the monthly. The repetition did sink in near the end though, but well worth beating once. Also really liked the graphics.

The first time I tried KoA way back when, I couldn't get past the tutorial stuff. The aesthetic just did nothing for me. As such, I never managed to get into the combat that every fan said was the plus of the game. A year or two ago I gave it another shot. And while the lore and overall feel of the game still isn't in my wheelhouse, I did enjoy the combat, especially in the middle of the game. Late game, you can become fairly overpowered, even on the hardest difficulty (I'd recommend modding an even higher difficulty in). Questing reminds me of playing WoW with my wife, it's there for function as a vehicle for combat, not for immersion or interest. If I had to compare it to another game I'm more familiar with, I'd say Mass Effect Andromeda. The non-combat parts of the game are completely serviceable, as in they aren't great, but don't really get in the way. The combat is indeed what makes it fun. I know many of us have too many games for a timesink into a relatively mediocre+ game, but I'm glad I played it. Reminds me of the movie Pacific Rim...there is no reason for it, it's no genre defining title, but sometimes you just want to turn off your brain and have fun.

They paid something like $3 million for a story pulled straight out of tvtropes.

Feels wrong (even stresses me out a bit) to leave a discount on the table, but I have tried and tried and tried and still can't make the $30 minimum. As per Steam tradition since 201X, the sale prices for more interesting games are far too meh or cheaper on other sites and I don't want a bunch of indie shit I know I won't ever download, let alone play. It makes me a little sick to realize that I've spent most of the pandemic catching fish, chasing butterflies and decorating my home... too bad my island still sucks, objectively speaking.

I find with indie games there is a lot of decent games, many bad or unispired games and some really good ones. The thing is this is the same for AAA games. I do love some indie gems like I got a lot of time of One Step From Eden and Slay the Spire is one of my favorite games period. I have too many games though and most of my sale games are usually VN that get bad discounts all the time, so any discount is nice.

These stickers are terrible though.

Went ahead and grabbed the Nurse Love Obsession bundle since 60% off seems like the best deal that's likely to ever come up, so you're welcome for when they inevitably get put in an IndieGala bundle a few weeks from now. 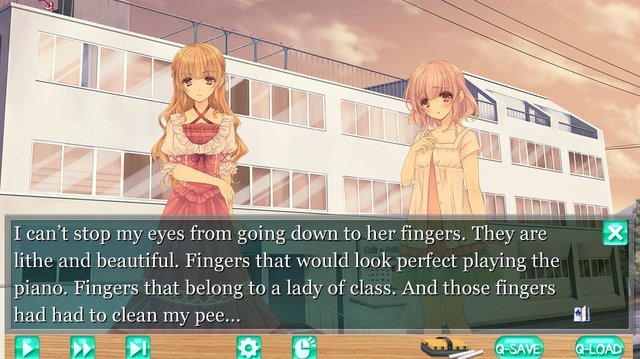 Also picked up the Skallection bundle. I played Vampire Smile years ago on my 360 and liked it, and while these games kinda seem like indie bundle fodder, it doesn't look like they've ever been in one, in spite of how old some of them are, so you're welcome for when they inevitably show up in a Fanatical bundle a few weeks from now.

I hope this thread is the appropriate place to post these deals.

I bought visual novels too. I feel dirty. But less dirty than the adult DLC.

Reminded me of this.

Before the sale ends, anyone here into the Pinball FX3 series? Curious if any the tables on sale are worth picking up. The Portal table looks pretty good and is only a buck. Kinda regret not getting the higher tiers back when Humble ran those Zen Studios bundles. But now that I have a high refresh rate monitor that rotates into portrait mode, I feel like I'm required to become an enthusiast Pinball and Shmup player.

Part of the fun of Steam sales now is digging through piles of crap to find something good.  It takes a lot of work, but there are some gems.  I can see people not wanting to put in the work.  You have to sort through Steamdb, then pull up individual game pages, then read some reviews.  Then after all that you realize, eh this is just another survival game with a different skin.  That said, I still got like 30+ games and since I researched them, they haven't really been duds out of what I played.  I also discovered some neat stuff I didn't know about going through people's activity feed.

I only do this twice a year anyway so it's fun in that way.  Rest of the time I just rely on bundles to let me discover new games.

Need to get on Doom 64. Looks fun enough and is cheap enough. Going to go on selling a bunch of cards tonight too much fun and decide a few more random buys.

Would love to hear and see more of the CAG Final Hauls.

That way, so I can finally see if I can finally seriously get over $30 (to get $5 off) here...'cause who knows what kind of Hidden Gems that I might not have thought of or found from Reddit, Steam, or whatever - but you guys might have come across something good too!

Yeah, Doom 64 is a definite buy for me today.

Would love to hear and see more of the CAG Final Hauls.

I fully expect I'll be refunding Grimoire, but after refreshing my memory about the whole insane saga, I just had to see what it ended up actually being like.

Also tagged with one or more of these keywords: PC, Steam, Origin, Uplay, DRM-Free, Epic