The size comparison to the otger yarn yoshi is really what is not making me want the mega one. Also its not that "mega" compared to the other yarn yoshi 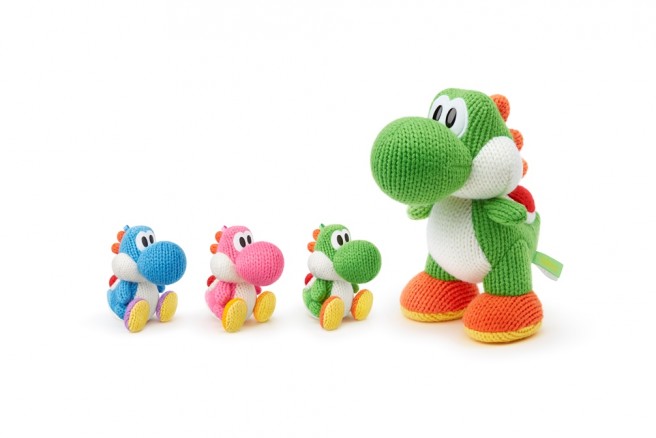 I wasn't sure before but now I'm pretty sure that I don't want one.

He didn't say they didn't have internet! Probably actually enjoyed his vacation rather than following an Amiibo thread in the Caribbean?

Idk man, even on vacation I sit down and eventually check the internet -- even if it's not necessarily CAG.

There's always downtime. Right before bed, whatever -- you know?

Idk man, even on vacation I sit down and eventually check the internet -- even if it's not necessarily CAG.

There's always downtime. Right before bed, whatever -- you know?

If he's using his phone for the Internet there could be some insane roaming charges once he leaves the country.

If he's using his phone for the Internet there could be some insane roaming charges once he leaves the country.

That's why I was asking! Was wondering which part of the caribbean he'd gone to, because some islands end up having ridiculous roaming, but some actually have the service provider.

The arm length of the Mega version looks disproportionately short in comparison to the regular, but that may be because he's standing up.

The arm length of the Mega version looks disproportionately short in comparison to the regular, but that may be because he's standing up.

I was gonna comment on the proportions on the Mega Yoshi looking more accurate but I didn't want the asshats to spew bullshit just because I've seen one in person for a minute.  I've been put through the ringer and had my integrity questioned for less.

But yeah, I noticed the arms seemed shorter proportionally.... I thought it more closely resembled the original SMW Yoshi design vs the more humanized version of late.  A major plus in my book.

The saddle wasn't quite as ridiculously large on the Mega Yoshi I saw either.  I mean it still looks more like a tumor than a saddle, but it was less prominent.

I'd love an answer for why the saddle was made a permanent part of every yoshi's design anyways.  I mean it made sense in SMW (where it actually looks like just a flat piece of clothe in the promo art) and even Yoshi's Island, but why did it carry over as a giant ass bubble in Yoshi's Story and beyond?  Surely I'm not the only one who always thought it looked like crap on an otherwise inspired design?

Don't compare an amigurumi Yoshi to a regular plush though.

I don't think it's that overpriced, but it doesn't have the same appeal as the little cute Yoshis, and I'm passing for that reason alone. If it had come with eggs to hold the little Yoshis though? It'd fly off the shelf.

That is a fair point, however these are not hand-knitted.  They make the knit "fabric" and sew it together in bulk as they would a normal plush.  You can see the seams.  It likely costs them little more than a standard plush to make, hence my comparison.  I made a Sack Boy back when LittleBigPlanet came out (before they were available regularly) from a sock that way, he still treasures that Sack Boy though even though he is now 11.  His little brother keeps trying to steal it from him.

Now, if it were hand-knitted like the ones that woman on the Nintendo Direct showed that she made during development, that Yoshi would be worth $40 easily, probably more.  I have a neighbor that knits and it's quite a talent.

Just being knit-picky here, but amigurumi is crochet. They form different patterns.

Are there any other NiB collectors out there like me that are struggling with the 3-pack cohesion with their complete sets?  I have gone to great expense in order to import a couple sets of the retro three and the trio of mii fighters in order to have them in their individual packaging.  I'm having trouble deciding out what I consider to be a true, new, complete collector's set.  I find the aesthetic of the complete NA set more displeasing by the day.

Just open them and youll be happy.  Set em free!

Just open them and youll be happy.  Set em free!

Also tagged with one or more of these keywords: amiibo, nintendo, wii u, 3ds, smash bros