The gang talks summer plans, Kingdom of Amalur remaster, and a whole bunch of other stuff, live on Twtich!

One of the better zombie games, imo, from the Xbox 360/PC is now on Xbox One/PC. The Year-One Survival Edition also comes packed with all the DLC and if you had already picked up the game on 360 you can grab it at a discounted price aka what Microsoft did with Minecraft as well.

In State of Decay you need to scour for resources (which gives you the currency of influence to be able to take stuff from the community storage) pick up survivors (best way to survive is by numbers) and hold your ground with what you've got (oh did I mention there's perma-death). Considering Xbox 360 users taking the plunge again, Undead Labs and Microsoft have allowed importing in your old 360 save via cloud storage transfer (same way say importing in your save from 360 to Xbox One was done with Borderlands: Handsome Collection). Each campaign (Core/Breakdown/Lifeline) has the import to cloud option with their respective online slots.

Oh and if you didn't know about the DLC campaigns, here ya go. 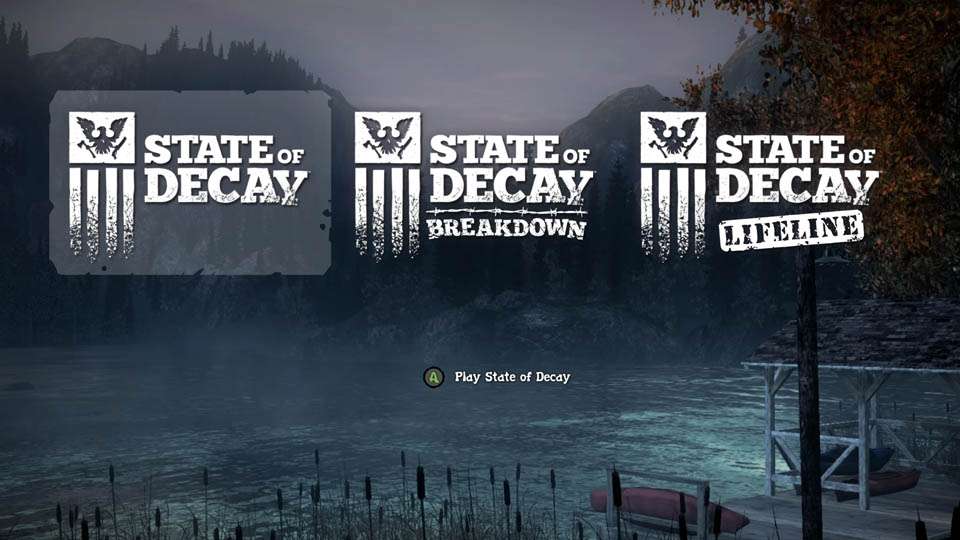 Breakdown: Horde mode comes to State of Decay, how long can you last.

Lifeline: Get to control an army base, all soldiers and all that firepower, hooah.

So here's the thread for all things zombieapocylse.

I got the Day One Edition btw, they say it's available til May 10th.

I've been enjoying the hell out of the XB1 version.  The framerate has been pretty poor in spots but its still an improvement over what the 360 one was.

Just got all 1k achievements for the main storyline, working on Breakdown now.

Also tagged with one or more of these keywords: State of Decay, Undead Labs, Microsoft, Zombies, Xbox One