Just a heads up that Xbox Ultimate Game Summer Sale 2015 is happening starting 7/7 through the 13th. Looks promising so far. 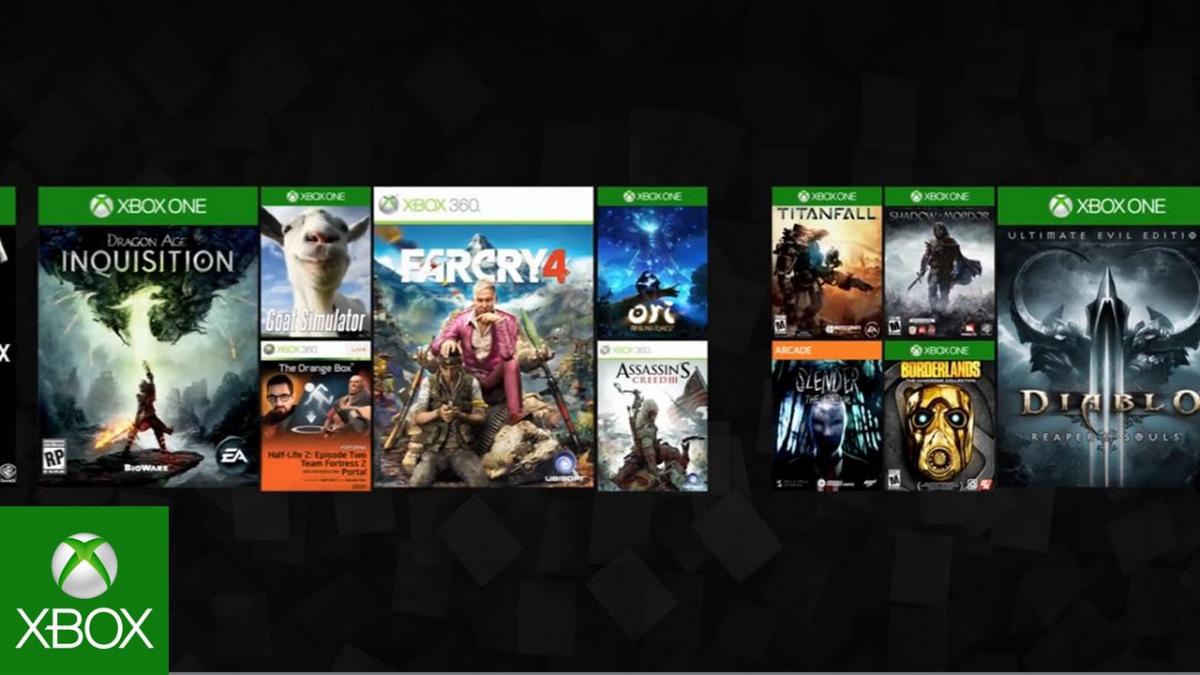 These games (and others to be announced later) will be offered at up to 40-50 percent off, while Xbox Live Gold members will save an extra 10 percent.

BonedChaos   If you don't like John Candy you can GTFO CAGiversary!   756 Posts   Joined 7.9 Years Ago

I'll get the handsome collection for $30 and Ori. Hopefully some other good stuff pops up.

I am sure that that some titles will go up to 80% off following last year's sale, most likely last gen, but hopefully some new titles will follow too.

Hoping Mortal Kombat X and The Borderlands Collection will drop below $30.

Well, that's just your opinion. I watched a stream of Ori, and it looked like a giant bore. Shadow of Mordor is the only one I'd definitely recommend of that list, with Inquisition a decent-enough option for RPG fans (though you might as well just get EA Access, since it's about to be in the Vault), and Titanfall is a good-enough FPS (again, already in the Vault, and with free DLC). Some might like The Handsome Collection, but firing up The Pre-Sequel, I realized quickly that I was no longer that into the franchise, and without the first game in the bundle, I find it to be a turd.

If I miss it, might pick it up during the sale.

Shadow of Mordor would be a possibility at less than $20. Otherwise I'm really hoping to see Arkham Origins on sale!

Well, that's just your opinion. I watched a stream of Ori, and it looked like a giant bore.


Blasphemy! Ori is fantastic and has some of the most intense gaming moments I've ever played. Still at the top of my GoTY list and that includes both PS4 and Xbox One.

To each their own though...

Arkham Origins isn't even on the marketplace, so never mind about that one haha.


For this sale, it's all Digital dowbloads.

Ori is worth the full $20. Amazing game. Highly recommend it, especially for a sale of any kind.

Why couldn't they start the sale this weekend? I want these games nao!

Excited to pick up Ori and the Blind Forest.  Been wanting to check that one out for a while.

I want these games nao!

or When will then be now? Soon.

It was included for color -  to give the ad more "pop".

If I can get MKX for less that $30 I'm game, otherwise no interest.

I just hope there's no screen cap of leaked price points from another country and then we have 9 pages of people complaining about "bait and switch".

I just knew I would get burned on the Handome collection. I waited for a sale, but just couldn't resist anymore. Wound up purchasing it just last week. Oh well, you win some you lose some. Hopefully a lot more get announced as Far Cry 4 and goat simulator are the only 2 I don't own and I have no interest in goat simulator. the title I would love to see is Zombie Army Trilogy. that has just been a weird title to try and buy physically. Its back on pre order for a July 21st release for $49.99. Pretty sure its initial physical release was only in the UK. Anyway, it would be nice to pick that one up at 50-60% off.

Ah, good news for my wallet. I dont want, or already have all of those titles.

I'd love to see Shovel Knight on sale but I doubt it'll happen.       Its all opinion of course but I'll also say that Ori is an excellent game that is well worth buying.

I'll get the handsome collection for $30 and Ori. Hopefully some other good stuff pops up.

Yay, up to a discount, maybe!

Why couldn't they start the sale this weekend? I want these games nao!

The Orange Box, possibly the best gaming package ever assembled by intelligent beings. I prefer disc since shelf half-life is twice as long.

The Orange Box, possibly the best gaming package ever assembled by intelligent beings. I prefer disc since shelf half-life is twice as long.

Probably in for the handsome collection if it's under $30... I'd buy Rocksmith if it FINALLY went on sale...

be prepared to put in serious time for the Handsome Collection if you're looking to get 100% in each game. Took me over 100 hours to do everything in The Pre-Sequel and its going to be close to that same amount for Borderlands 2. With all the DLC included and the huge maps, its a ton of bang for your buck, though.

Also tagged with one or more of these keywords: Xbox, Xbox one