I'd wager any Beat Saber physical is going to be the core game and free tracks at best. They have really struggled with licensing and contracts being a super small team and it doesn't appear they have a lot of pressure to monetize DLC on the PS4 which is the only place it really matters anyway.

I would imagine on ps4 they could be working with Sony directly to bring some of their catalog in as DLC. I've said it before, but having played the game for some time on PC, it is heavily being held up by the mod/custom song community, the track selection is abysmal otherwise

I personally like a lot of the songs that came with it on PSVR.  There are like maybe 2-3 that I don't really like, one of them being the first DLC song.

Having all of the mods on PC would be awesome though.  But IMO it is fun as it is too.

Have that one as well, fits everything nicely minus the move controllers as mentioned, I mainly use it to keep the headset away from dust and the like

I also have this one. Cannot recommend it enough, and got my friend and my coworker to got one for their own headsets after seeing mine.

darn now I don tknow what to do, I have the PowerA Charge & Display Station for PlayStation VR

I can still return it to gamestop but then I won't have a charger for the move controllers and its nice to have bonus charger for controller. WIth this stand, would dust be a problem for the lenses? maybe i can just put a rag on top of the headset?

I have the PowerA one and I like it when I use it.  I've never had a problem with dust on anything.

Thanks for the recommendation. I ordered one of the PowerA PSVR cases too.

Protip I just realized in Beat Saber…
I just turned on fail options on expert+ and I could at least finish the level to get a feel for it, but it’s still stupid fast. So I then saw the ‘slow down song’ option and put that on too. That makes expert+ playable for me too and is a good way to learn the songs, so I’ll be trying that out for the most part now until I can maybe finish a song without it.
EDIT:
Just finished my first song on expert+ without the 'no fail' option on, however I did have the slower song on.  Still got a B and only missed like 20 blocks so I'm slowly getting better at em.

Ugh, no thanks. The last good bug game I played was Bad Mojo. They should do a remake of that in VR, that'd be pretty freaky.

I have the PowerA one and I like it when I use it.  I've never had a problem with dust on anything.

are you talking about the case? or the holder/charger i said?

are you talking about the case? or the holder/charger i said?

Anyone have any input on it?  Is that a game that would be fun for a group of people and taking turns in it?

Finished my first expert+ song on Beat Saber this afternoon without any modifiers on.  It is no joke lol.  I tried another song after and was completely lost.  I think you just have to play the song a bit on slower mode with no fail to get a feel for what is coming up and that definitely helps out a lot. 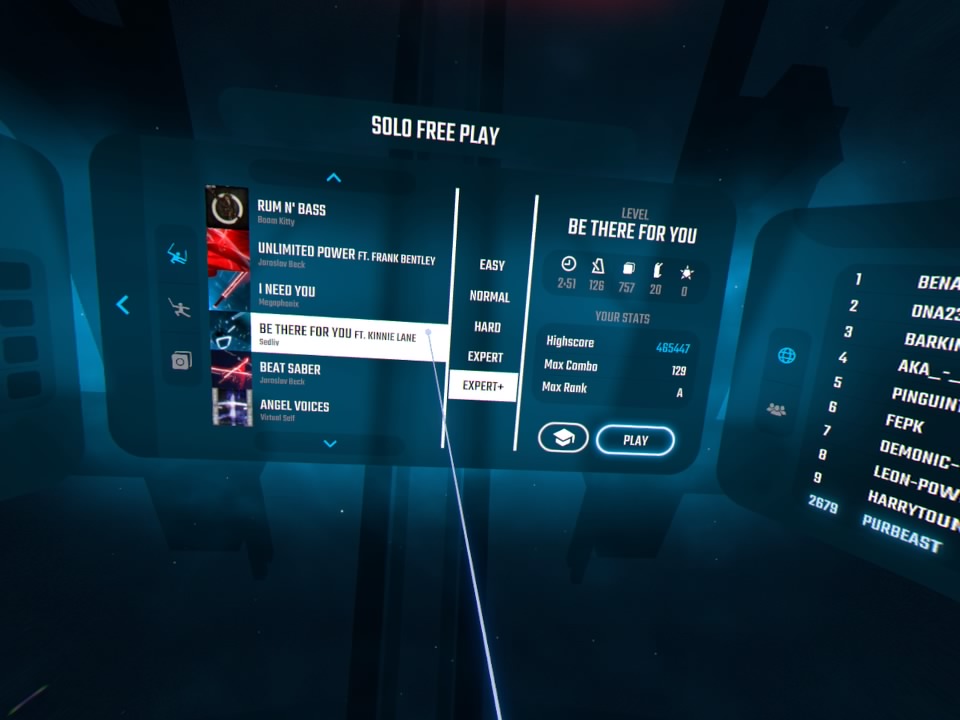 Anyone here played Gungrave? Today's my last day with GCU and I'm considering picking it up since it would be $24 at BBY compared to $40 on PSN.

XING: The Land Beyond seems like the only thing worth picking up this week. Cheaper than EDEN: Tomorrow anyway.

XING is out?  I've been looking forward to this game for a really long time.  Does it live up to the hype?

Hmm. That’s no bueno. The Playstation media player is supposed to play 3d video from a usb, but I’ve never gotten one to work

I heard VLC was supposed to be developing something similar, so I'm surprised Littlstar has gone unrivaled for so long. It really should be something that's built into the native player, but of course everyone's got to charge for every little extra thing. I feel like the companies that sell PSVR content are going to suffer as well, because people will have to pay for another thing on top of that. There's enough backlash on reddit to make me wonder if they're going to survive it.

Has anyone used Oculus Go for videos?  As easy to use as PSVR was?  I'd rather spend $200 for that upfront than pay a single cent on a subscription that "allows" me to access my own files.

Has anyone used Oculus Go for videos?  As easy to use as PSVR was?  I'd rather spend $200 for that upfront than pay a single cent on a subscription that "allows" me to access my own files.

Do you have any kind of capable PC? You might as well just get a WMR headset at that point.

The deals from last week:

I’m happy to see Dick Wilde 2 being released. I bought but haven’t played the first one yet. But a sequel implies that it performed well enough sales wise and that bodes well for the medium

Thumper has been this price a couple times before, but let me just say that it’s well worth it. If you haven’t already, get it.

I gots me some VR reviews. I've been in adventure game heaven lately.
Blind: I joked about the idea of using VR to experience blindness before, but this is a decent enough puzzle adventure. Took me about 3 hours to complete 100%. Like Stifled, you have to use sound in order to "see" your surroundings (that means tapping your cane often, which only lasts for seconds, so it gets annoying). The graphics are better than Stifled, though that one had a better story overall. I picked it up for $10 during the sale, but it would be even better for $5 or so. Mildly recommended.
Déraciné: Like Fatbot3 said, this is one of the best looking PSVR games out right now (on par with Torn, in my opinion). It's a story-based narrative where you play as a faerie who travels through the course of a year while manipulating events. I actually really loved this game, though it's probably not for everyone (it has a gentle and relaxing tone, like a walking sim). My only complaint is that there is no option for full locomotion and zipping through the teleport nodes kind of make me dizzy. It's an easy plat though; no missable trophies (about 5 hours total). $15-20 would be a good range.
A Fisherman's Tale: As Jurai mentioned, this is worth picking up (less than $10 would be ideal) although it's very short (1-2 hours) and feels like they could have done more with the idea. I think of it as a Russian nesting doll puzzle game. The graphics are sharp and the whole experience feels bright and polished. The plat is a bit of a pain because there is a trophy where you have to complete the game while grabbing less than 150 times, which is a problem in Chapter 3 because of pulley mechanisms and rope climbing (took me 4 tries, but I got it to pop while replaying that part from chapter select).
XING: The Land Beyond: Earlier, Moonbathing asked about this one. My first reaction was that the graphics were downright pixely compared to Fisherman's Tale. It's beautiful in its own right, though; this feels like the kind of game I was looking for when I bought Perfect VR or Island Time (both of which also featured coconuts). It's a puzzle platformer where you traverse a mythical island (similar to Robinson: The Journey, though not as pretty) while using day/night/weather mechanics to solve fun (not frustrating) puzzles. I played 4 hours of it and I'm halfway through, so it seems like an 8+ hour game with a straightforward plat (collectibles mostly, and you can replay levels). It's a creative puzzle game in the vein of The Talos Principle or The Witness, but with the added benefit of optional VR. My only disclaimer is that it might make people sick who aren't used to full locomotion and jumping around in VR. $10-15 is a perfect price.
(I've added them to my PSVR ratings post)

I’m happy to see Dick Wilde 2 being released. I bought but haven’t played the first one yet. But a sequel implies that it performed well enough sales wise and that bodes well for the medium

Anyone played Cock Wilde 2 yet? Gameplay looks a lot more diverse than the first.

Some new deals for today:

The existing deals that are still active:

Some new deals for today:

Woah, woah, woah, hold up. Are you saying they finally added PSVR support to Redout? When did this happen?

From the description page:

Mash comes into My Room to discuss something. What does she want to discuss, and what is this 'training' that she suddenly brings up...? 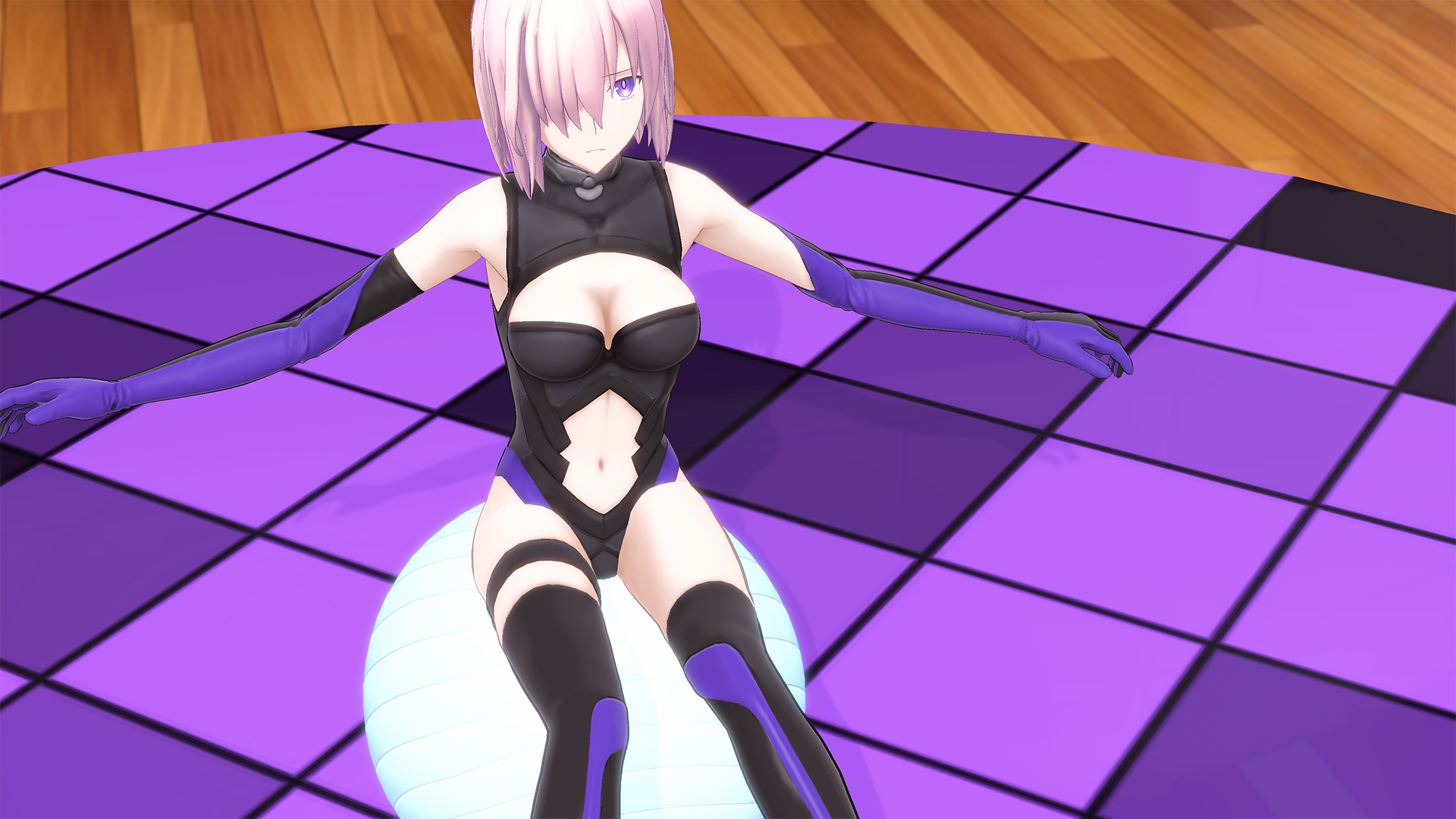 The PSVR update for Redout has to be vaporware by this point.  At lease we have Wipeout Omega Collection.

Also tagged with one or more of these keywords: Playstation VR