I wonder, do these 3DSs also have the varying IPS/TN screens like the N3DSXL had on Day 1, meaning you won't know what your screens will be until you have it in your hands or are all of them Dual-TN?

Obviously we can't say for sure, but historically all regular-size New 3DS systems have been dual-TN only.

I was severely disappointed at my Target store today. Stood in the cold for an hour and apparently they never even got the n3ds. Complete waste of my time.

I'm glad to see that these aren't extremely rare (or that stores are at least enforcing a one-per-customer policy) so that those who want it can hopefully get it without too much fuss. If only this was two years ago and I wasn't already up to my ears in 3DSes.

Obviously we can't say for sure, but historically all regular-size New 3DS systems have been dual-TN only.

I want to say that my original Happy Home Designer N3DS had one IPS screen, but it broke on me a while back and I had to send it in for repairs, where Nintendo completely replaced it with another one instead. That one was dual-TN, at least, and I swear I've heard some people on reddit claim that they had IPS screens, too, but I'm willing to bet my memory's just hazy and I always had a dual-TN model, myself. 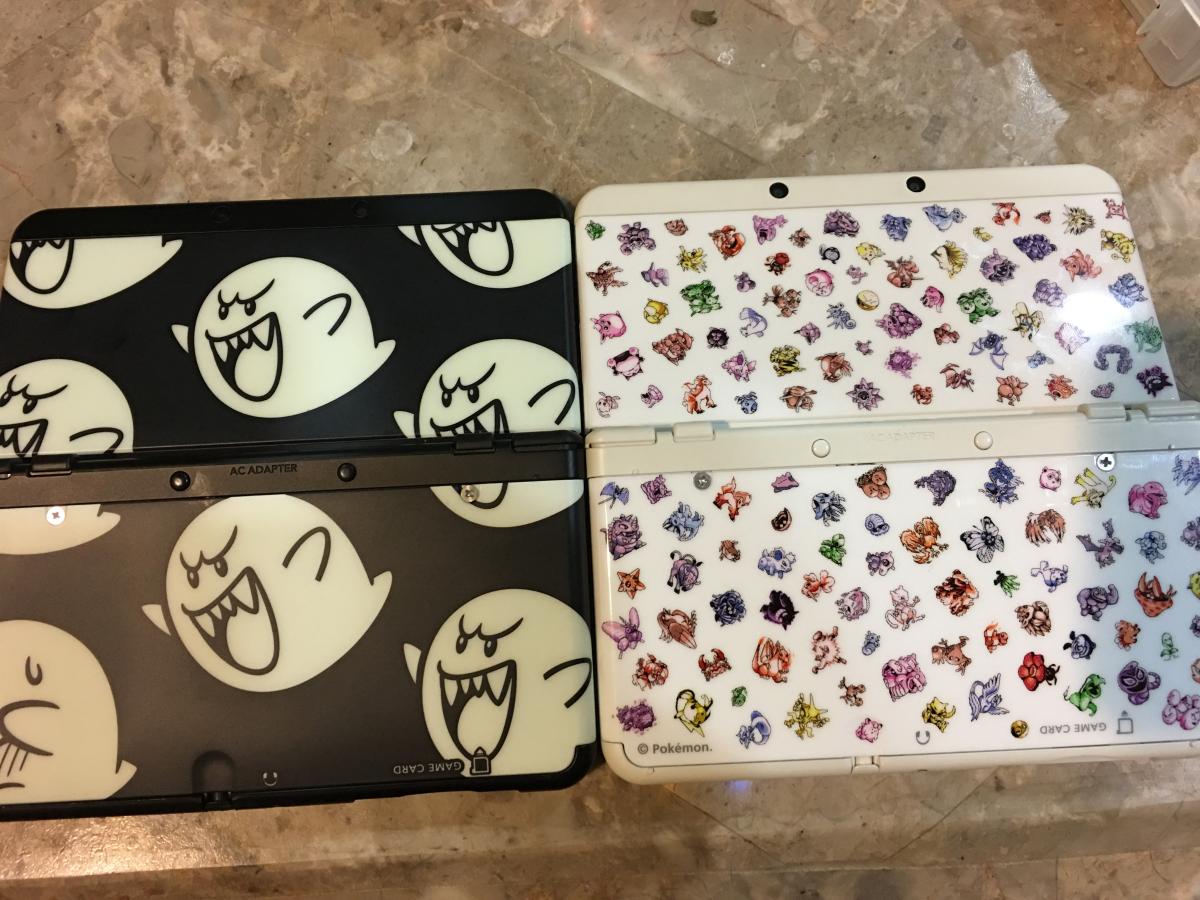 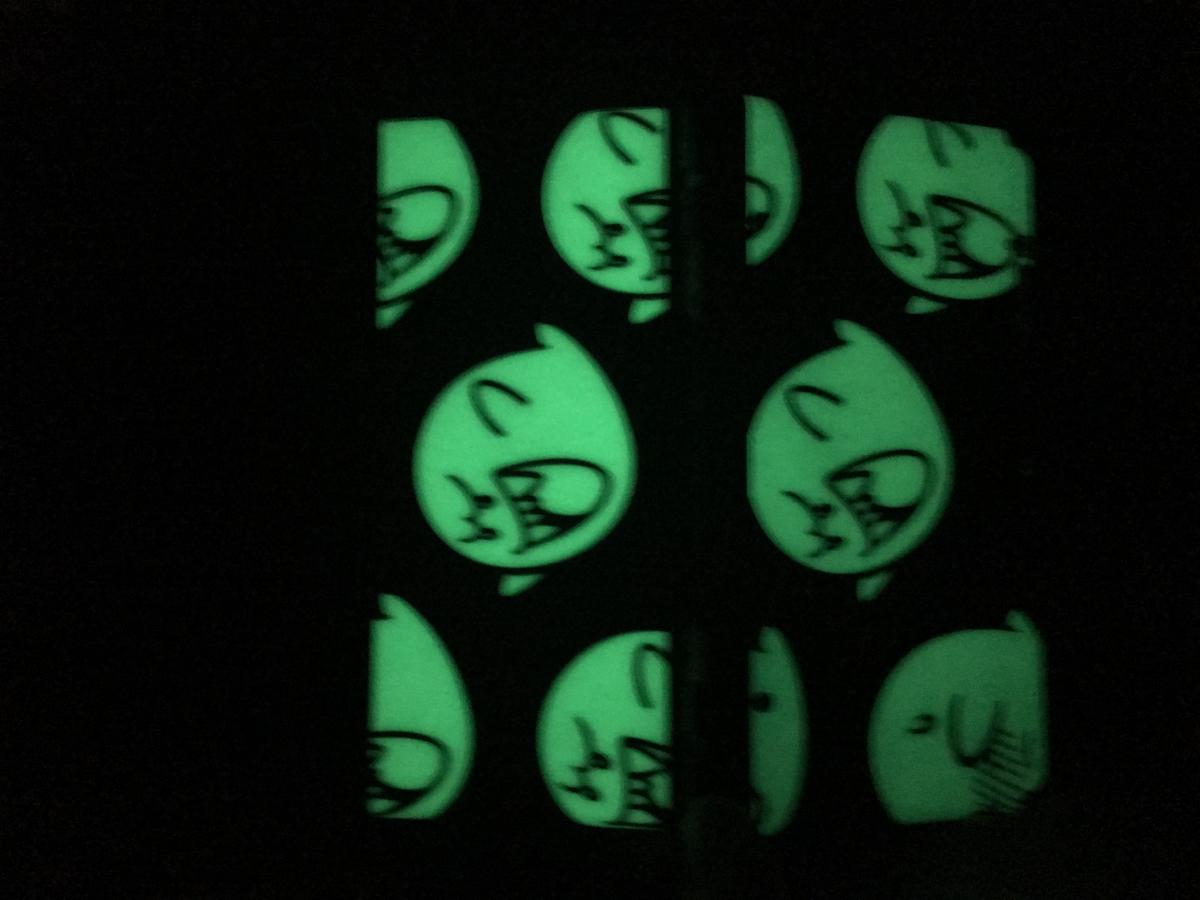 If anyone lives near Watchung NJ, I was just at Target and they have 8 of the white 3DS as of about 5 minutes ago.  No black models.  The store was pretty dead, so you might get one if you move quick.  Gamestop only had 5 to give out though and quite a few people were in line.  They might head up there if they strike out.

I am obviously going to have to buy the Boo faceplates. That looks awesome.

Just grabbed the black version at GS.  Looked to be only 3 copies on the shelf.  Really lucked out.

Found both systems at Fry's. They had 5-6 of each when I got there at 10pm. Not sure how many they had initially, just glad I was able to get one.

Got one from gamestop, but still need another. Should've just spent cash on it instead of wanting to only use trade credit.  had plenty of opportunities to get one from various retailers since I was on this site plenty the past 2 days. Guess I'm probably SoL for myself. At least my sister gets one.

I'm too tired to stay up and go to GS or FM at 5am. I called Walmart, but of course by 2 am they'd be gone.

Guess i'm SOL. I'll drop by before work tomorrow, but I doubt either will have any.

Suppose i'll have to wait to see if this isn't just a limited item after all later on. Or will end up eventually paying inflated 2nd hand prices.

And to think, it could just be avoided if the flippin normal N3DS wasn't made available only in limited editions. Sure, the price would be higher. But at least it wouldn't be marked up 200+% from what it's supposed to be priced at. (That and if they were region free...)

Shouldn't these count as double points for GCU members, or are double points turned off for Black Friday? I just checked my rewards for the two I ordered and they're only for the base amount.

Shouldn't these count as double points for GCU members, or are double points turned off for Black Friday? I just checked my rewards for the two I ordered and they're only for the base amount.


Double points for GCU don't apply for consoles, which is stupid to begin with

Toysrus cancelled my order, RIP. At 1am I Went to Toysrus, Bestbuy, Target, Walmart near me all sold out, they all said sold out at store open.

I want that boo plate so bad, so mad I missed it when it was on the nintendo shop. It's ridiculous how much it's selling for, could buy 2 consoles with it.

I am obviously going to have to buy the Boo faceplates. That looks awesome.

was at gamestop and was 4th in line , got the last white one

Waiting in line at GS now like 10th in line 30 min before opening and nice and chilly 25 degrees... Glad I got mine shipping already!

So, I was just at Target and they had 11 of the 3DS (all black) behind the glass case. I should've took a picture, I couldn't believe it. It took everything I had to resist buying one.

Edit: The Target is located in Marion, Illinois, in case anyone was wondering.

Every store I've been too last night was sold out. I wanted to just see if I could see at least one stray system but nope even despite the fact that there's probably 4-5 dozen places you can purchase one. I live in norcal and this item is waaaay hot here. I took a nap and am first in line at GameStop so hopefully I can score a White system before I freeze to death

Millville, NJ Target (South Jersey) has a dozen black 3ds. They were in the back and "randomly showed up" so they were turning ppl away last night saying they didn't have them.

My GameStop was such bullshit. Only one black console and no whites. No NES classics. At least I got my Mew plush.

Was completely unaware that this console uses microSD(I know, I'm really out of the loop here).  I just ordered a 32gb card to replace the current card for a easy transition from my current.

Back in stock at Walmart!

Just got back from GS, from what I saw in the madness my store got.... 2 black and 1 white.

Luckily only myself and one couple were the only ones apparently interested right off as we went straight to the registers. They got the 2 black and I got the white. While checking out about 5-6 people asked about them though.

I just ordered a black one online at Best Buy . In stock at this time.

I've only gone out once for BF, and it was years ago to Walmart, to get a deal on the Nabi 2 for my son, and while it wasn't terrible, I don't know that I would ever do it again.

It was when they started having multiple sales on Thursday, leading up to Friday, so it was an 8pm deal if I remember right, so it hadn't gotten to crazy by the time and I was able to check out in the electronics department, and not the long lines in the front of the store.

So when I was leaving, the parking lot was just filling up and the crowds where getting crazy large. I don't know how a single person could ever get more than 1-2 decent deals, as you have to wait in certain areas to get certain items at a given time. It's almost like you need to bring the whole family and give everyone a set task to handle.

I'll stick with these poor online deals before braving the elements again for some of these B&M deals, as it just doesn't seem worth it, unless your willing to camp out all day, and bring many people to maximize each situation.

Good Luck west coaster indeed, as your going to need it. LOL

Black one back in stock at best buy, was just able to grab one.

I just ordered a black one online at Best Buy . In stock at this time.

Just missed it. Had it in my cart too.

I didn't want one, but I laughed when a guy at Target was standing there and staring at the empty 3DS case this morning. LOL!

I didn't want it enough to wake up early. No big deal if I don't find one.

The boo faceplates were selling at gamestop?