I was thinking we were due for another one soon (about every three months). Last time was B2g1 and 10 percent extra credit on trades?

I figure those would be the next Qs

I was just thinking about this earlier today. My local store has a copy of Fire Emblem Fates Special Edition that I'd love to not pay $71.99 for. Unfortunately, it's not a prestige store, so I'll have to return/rebuy at another store.

Does anyone remember who made the Rolling trade in tracker?

I think it was zxxy or whatever his name is/was.

I have one in excel if it's needed.

The link previously posted reminded me I still have the blank 2017 in my recently opened google documents folder. I will just reuse it for 2018.

It's crazy how much you can still get for DS games. I bought this 3DS bundle off of Facebook Marketplace a few days ago for $50 and got $29 in credit for the 2 games at GS.

Dude, facebook marketplace has been a gold mine lately. I have probably picked up over $400 or so in flips to GS from people basically giving games away.  Best deal so far this year was a copy of COD WWII and Overwatch for X-One for $20.

Has CAG shut down yet? I saw a report on CNN about blackbeard being banned.

Has CAG shut down yet? I saw a report on CNN about blackbeard being banned.

Why are they wasting time on that? Hasn't Trump tweeted something lately?

Dude, facebook marketplace has been a gold mine lately. I have probably picked up over $400 or so in flips to GS from people basically giving games away. Best deal so far this year was a copy of COD WWII and Overwatch for X-One for $20.


Only thing I've found lately is a pretty good used no man's sky limited edition for $15. Not too bad I guess.

It sucks that the 60% bonus could disappear. I held off on trading my games because I thought there would be another 60% bonus.

It sucks that the 60% bonus could disappear. I held off on trading my games because I thought there would be another 60% bonus.


There probably will be

There probably will be

ok. Cool. GS is sometimes the only way that I can the money back for some of my games. eBay can be a pain in the ass with the fees. I just trade in to GS when the eBay fees aren’t worth it. I would hate for GS to get rid of their bonuses.

I'm assuming that there will not be another trade discussion thread like the one that was closed the other day?

It's crazy how much you can still get for DS games. I bought this 3DS bundle off of Facebook Marketplace a few days ago for $50 and got $29 in credit for the 2 games at GS.

I got a 4gb Xbox 360 elite with some recent sports games and blops3 for $50 this past sunday.

It was originally posted at $100 and then they dropped price after less than a day.

500gb drive i got on clearance for $30 at Target finally has some use.

Was blackbeard ever warned for any of that behavior? I visit CAG quite often and can’t say that I ever saw you or another moderator tell him to quit it.

And you seem to be zeroing in on blackbeard for some reason when others were banned as well. What does anything you said have to do with Ferrari Racer (who is still banned as of this post), for example? I’m aware that all he did was post/quote those disruptive messages to deter sensitive info from getting out.

So Ferrari Racer did nothing malicious and got banned with no warning, despite being a longtime contributor. And you don’t even know if he saw your offer to email you to be allowed back. I’m sure Ferrari Racer isn’t the only one of the banned people in this situation. Surely you realize this is a bad solution you’ve come up with? Why not unban and warn them instead (banning them later if they break the rules again) when it is clearly the more sensible solution? Is it really worth losing longtime contributors to the site over an impulsive banning, when you literally don’t even know if they’ve seen you extend your “olive branch” of sorts?

I agree with you about Ferrari and emailed him immediately upon locking his account. BB stands for bye-bye as far as I’m concerned.  In addition to all the other stuff he did, I don't think a guy like BB who created alt-accounts including one impersonating/mocking a moderator (along with all the other shit) needs a warning.  He knows exactly what he is doing.

Again, I gave BB everything he asked for and the end result was toxicity.

Yep I agree, Blackbeard is just a douchebag to others who didn't kiss his ass for his sheets. Thank you CheapyD for banning the trolls and making CAG great again.

So I guess more drama has occurred since I last posted in this forum. Yeesh.

Kyle, I thought you made valid points, but I can see Cheapy's perspective if Blackbeard was doing other harassing things that I wasn't aware of.

Overall, I'm sorry to see that Blackbeard is gone. I never got around to actually asking him for his sheets info because I just did my own searching/research, but a big reason I joined CAG (as opposed to continuing as a passive reader) was BB's sheets and him placing requirements for access to them after trades went viral this past summer. His contributions will be missed. June 2017 certainly showed how uninformed people looking to make a quick buck will abuse the GS trade system potentially causing policy to change. Therefore, I understand his stance/right for secrecy, and attempting to bury sensitive info in the forum.

With that being said, I do agree that he certainly shouldn't lord his info over people, but that wasn't my direct experience. I privately messaged BB a few times earlier this month and he was very helpful with answering some potentially-sensitive questions I had.

So... while some people seem to be dissing BB, I just wanted to take the time to say that I appreciated his time and help (and letting us all know about the moles too).

alright, search doesnt give me shit, but i know there was a guy specifically hoping for a ps3 persona 5 price drop or sale 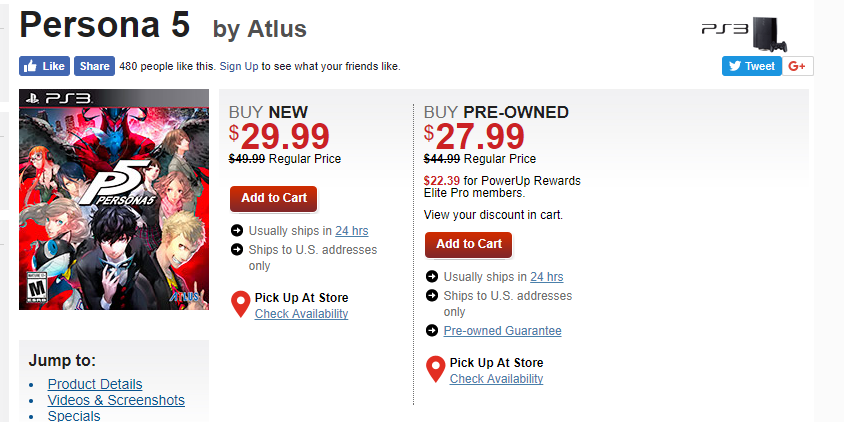 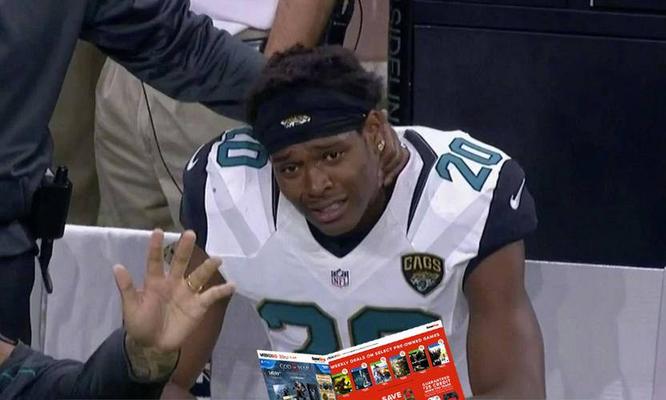 Hey folks, looking to trade in an original Xbox One. Site says $65, but not sure if that includes 50 promo or not. Can anyone help me out and let me know if that does or not? Thanks!

What is that ps4 pro trade promo that they are advertising right now? I can't find any details about it.

What is that ps4 pro trade promo that they are advertising right now? I can't find any details about it.

I don't know, to be honest. Best thing to do would be to look up the trade value of the system you might want to trade on the GS site or call a store. https://www.gamestop.com/trade

Here's the term copied from the site:

Offer valid 1/26/18 - 2/11/18. Valid toward purchase of a new PS4 Pro. Not valid toward cash trades. Trades must be in full working condition to receive full value. Defective items may be eligible for trade at a lesser value.  Trades subject to manager approval. Cannot be combined with any other offer.  See store associate for details.  No dealers.  Offer valid in the United States and Guam only.  Void where prohibited. GameStop, Inc. reserves the right to cancel, terminate, modify or suspend the offer for any reason without notice.

BB was the true MVP.

Any flips from the B2G1 free?