mafia 3 with book and map ps4

Injustice 1 Ultimate Edition (for the story)

Thanks for the advice everyone. I think I’ll keep it for now since it came complete with soundtrack.

After playing Raiden V a few minutes ago, I see what you meant about it not immediately grabbing you. In the age of bullet hell shmups and twin stick shooters, it's a bit of a step back. And if you think about it as an old school style shmup with modern graphics, it's decent but still nothing to write home about. I don't even know why these types of games have story modes. It's a high score chaser. I don't need dialogue! Still, it was worth $7.50 as part of the sale.

I also played Tricky Towers which I thought was like Tetris but wasn't like Tetris at all. It was one of those games where they ask you to stack Tetris pieces to make a tower that has to stand still until the clock runs down. It seems to be completely based on luck, and the physics are wonky. I played the first stage four times before I beat it.

Wuppo was one of the games that I bought during the previous buy 4 used games for $20 sale that some of you might have picked up. I played that one for a few minutes today, and it was weird enough that it has the potential to be a sought-after hidden gem like Cubivore was on the GameCube.

But thanks again to the OP for bringing this sale to everyone's attention. I was able to get a few hidden gems which are my favorite type of game these days. As you might have guessed, I'm actually trying to play every game that I buy going forward because I discovered that I wasn't really saving money by backlogging all these games. And I hope the mini reviews were useful for somebody. Sorry for the wall of text.

Thanks for the quickie reviews.  I hope they return with the 4/$20 promo so I can check up on Wuppo.  Enjoy the rest of your extensive backlog.

That was a fun promo. 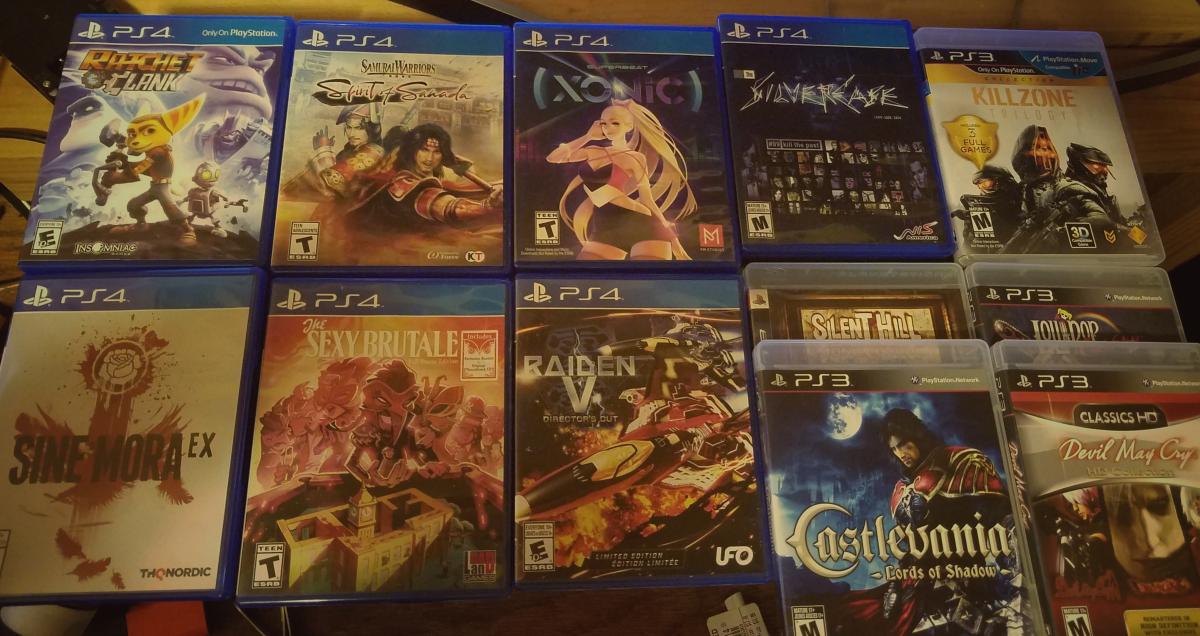 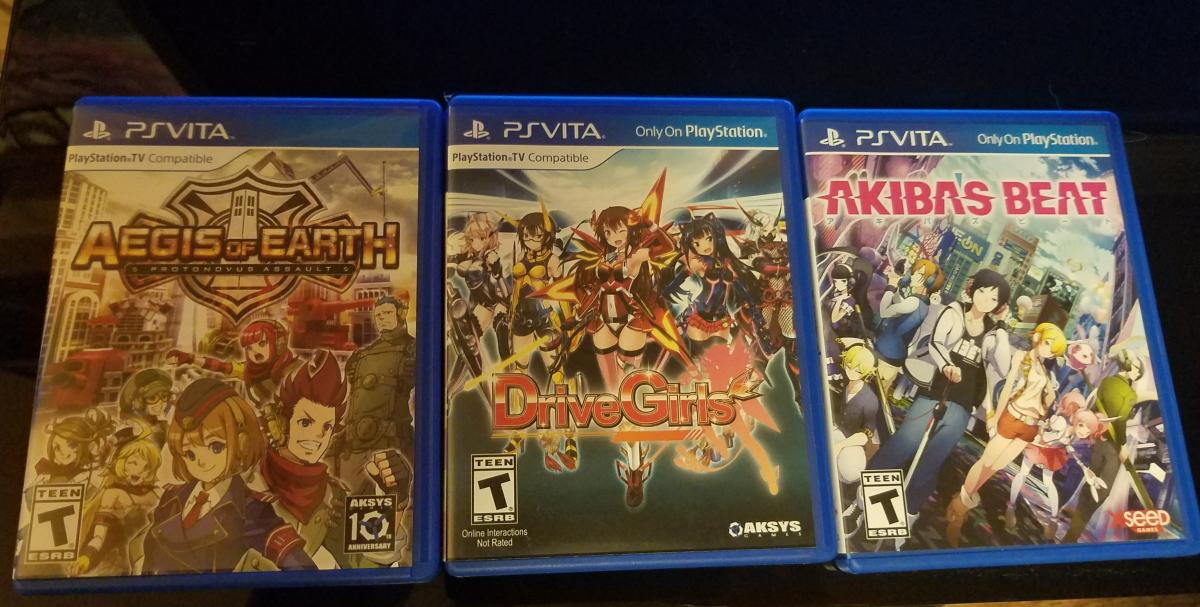 All complete and in decent condition. I wish I could have found more Vita titles.

Well I ended up getting my 3 games as listed before dr4, saw 2 (came in that day) and ending up getting edf. I stopped by 2 Five Bellows, one had no media section for games/movies the other had 2 different movies and battleborn PS4 and something for 3ds. I think the one with a good media selection is a little farther drive so ended up just getting edf 2025.

Then asked to use my 20%off bday coupon with it and the guy said I couldn't. I left and went back in since it was expiring that day and picked up megman man legacy 2.

I was going to go back if I found a store with a cover for MMan Legacy 1 and get fallout 4 and figure something else out but said f it.

The problem I also had with this promo is while looking at the PlayStation section of games they had games that I wanted on the Xbox but those were usually 9.99 on Xbox for some reason. So I figured I didn't wanna waste my time on the cheaper ones since they usually do other promos for those. So overall it was an ok ass gamer day.

There's a new promo that started @ GS (probably for the next two weeks) : 4 for $10 on all pre-owned games $4.99 & under. It should appear in this week's upcoming Wednesday ad.

There a new promo that started @ GS (probably for the next two weeks) : 4 for $10 on all pre-owned games $4.99 & under. It should appear in this week's upcoming Wednesday ad.


When they run these promos, some games go up a dollar or two.

Old games but great for people who haven't gotten a ps3 or Xbox 360.