Appears to be a new price point. 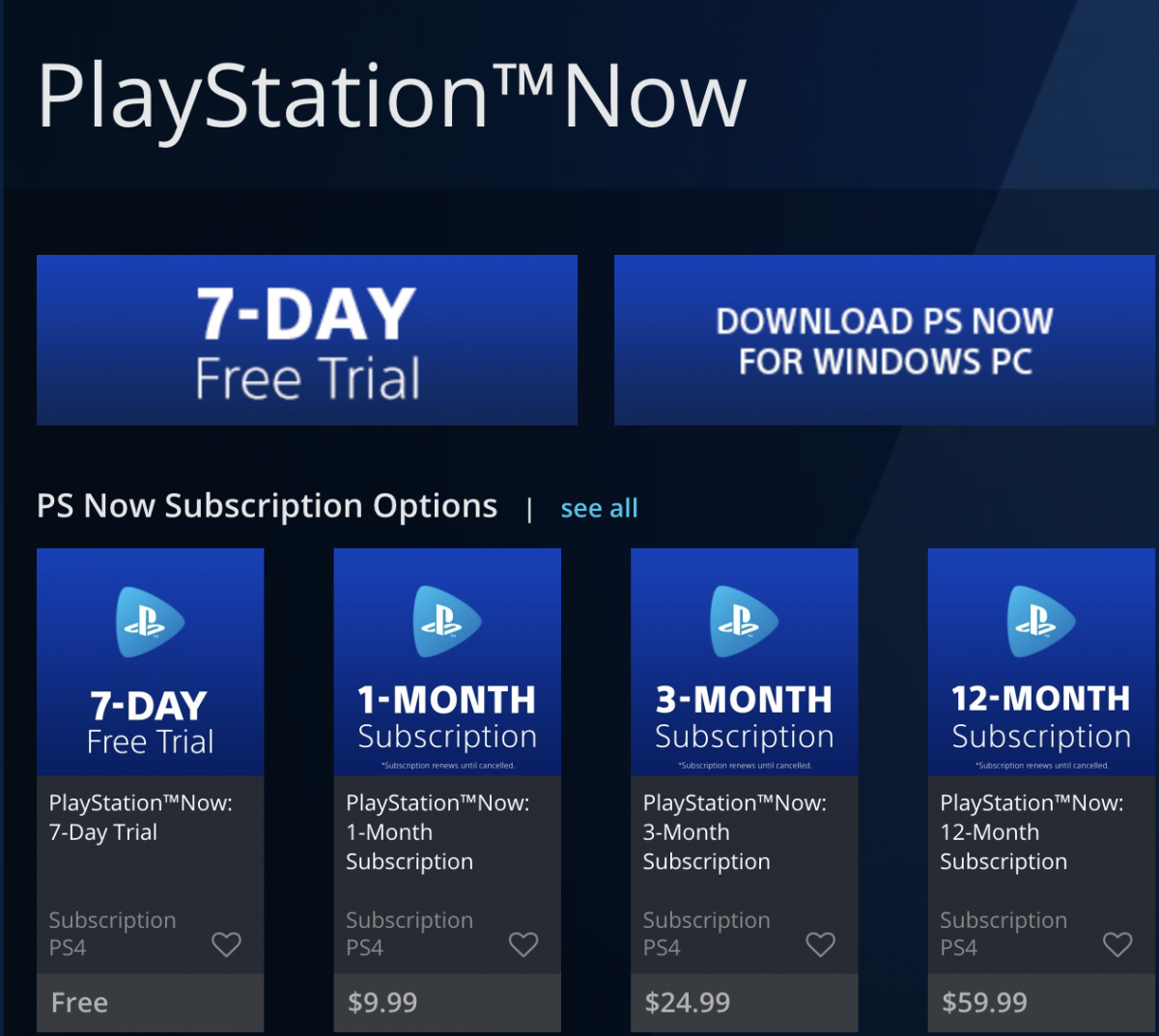 Playstation Now has added God Of War, GTA V, Infamous Second Son and Uncharted 4: A Thief’s End to its game library so seeing some improvement on game title selection. Pretty cool for folks who have PC (minimal system requirements of Windows 7 or later, 2GB or more of RAM, and at least a Core i3 2.0 GHz CPU, no graphics card required) to play Sony Exclusives who never purchased a PS4 (here’s hoping more get added).

Sony had it’s head way up its ass for the $99.99 annual fee so nice to see them being competitive from a pricing standpoint with with Xbox Game Pass in tandem with bolstering up their game lineup.

As far as game streaming goes my experience has sucked with Playstation Now (my internet has good upload/download speed) although you do have the option to download games so no biggie if you have the space.

I was unaware you can now download games to your PS4 instead of streaming. This price point is now much more tempting.

I am going to see how well it works streaming wise possibly a nice substitute for buying games while I look for a new job.

Those are good prices. I'm willing to spend $10 for a one month rental, and a yearly subscription knocking the monthly price in half is enticing.

I'll wait to see if there is a discount on Black Friday. If not, I'll hold off until I play through games in my backlog that are also in PS Now. The previous purchases would feel like a waste if I played them during an active PS Now subscription.

I have around 20 backlog games that are in PS Now, so it might be a while.

I was unaware you can now download games to your PS4 instead of streaming. This price point is now much more tempting.

If I didn't already have most of the games on the service I'd sign up for $60 a year now that you can download games. The streaming was pretty hit or miss when I messed with PS Now when it launched. If they can beef it up to add new games upon release like Gamepass I would probably sign up for a year.

Is there a way to see what games are on PS Now?

Is there a way to see what games are on PS Now?

You can get trophies with these games right?