FREE VPN Required for this deal to work, full details below:

Works for all accounts including US, CA, UK, DE..etc..

CDKeys has Xbox Memberships on sale:

Steps:
- Purchase the code from CDKeys.
- Create Free Account on Windscribe and Download App or Chrome Extension
- Connect to Turkey using the VPN

Redeeming the code:
- Open Chrome in Incognito Mode or Firefox or any browser in Private Tab.
- Confirm your browsing location as Turkey by checking WhatIsMyIPAddress
- Login to Xbox.com/pt-TR using your current Xbox account.
- Click on account picture at top right and navigate to code redemption.
- Redeem the code.

If you are not an active Xbox Game Pass Ultimate member:

If you are already Xbox Game Pass Ultimate active user:

After it works properly, remove VPN and disable auto-renewal.

This trick has been since Game Pass started.

How “fool proof” is this? The steps seem simple enough.
I have zero experience with VPN and haven’t paid for Gold in over 10 years. Not trying to get my OG account banned

thought about doing this.. but since I have soo many digital games.. Im not about ready to get my account Banned for this. I have a feeling its just when.. not IF.. they catch on and actually do something about people doing this

My ultimate expires tomorrow after the $1 trial. Looking to give this a try. Hopefully it works.

It worked. I got three 12-month Xbox Live Gold subscriptions for just under $96 from eneba.com. Since I had already used the $1 ultimate for 1 month offer I had to wait until it expired. 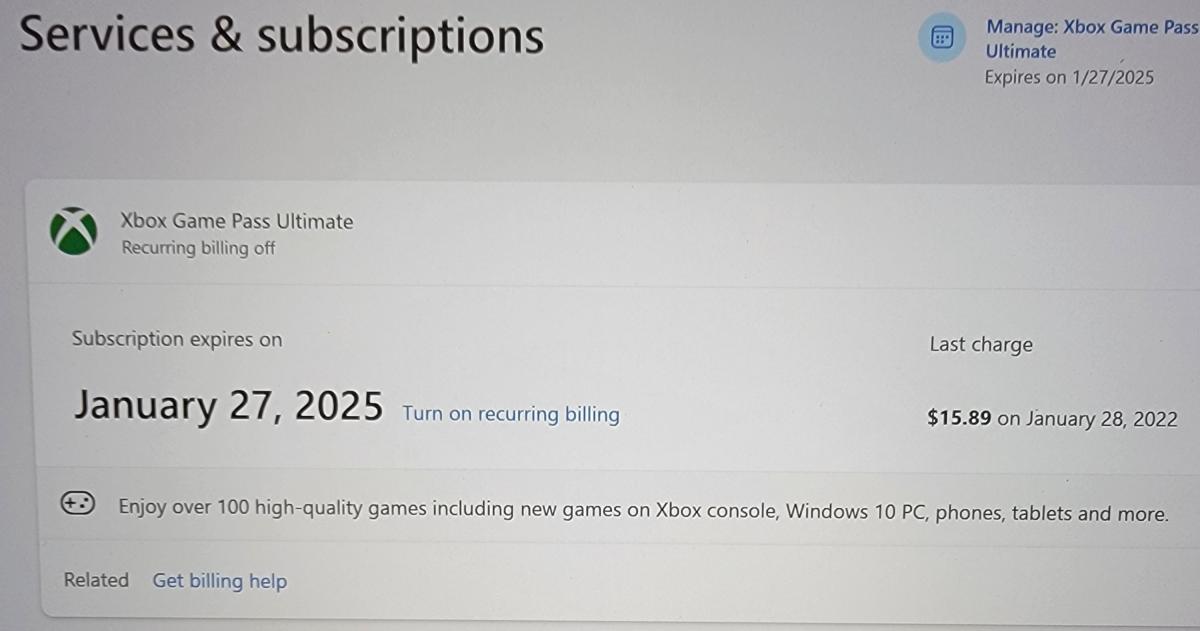 Though not as cheap as 30.09, I also used eneba.com and worked well following the directions above. There was a service fee from eneba that made it about $101, but even then, not bad of a deal when ending with 3 years of Ultimate Game Pass for $102.

It worked. I got three 12-month Xbox Live Gold subscriptions for just under $96 from eneba.com. Since I had already used the $1 ultimate for 1 month offer I had to wait until it expired.

FYI, I would not use Eneba.  You might get a valid code and everything be fine.  If not, good luck getting your issue resolved.  I ordered a 12 month XBL code.  It was already redeemed.  When I put it in a ticket, they asked for three screenshots of me trying to redeem my code, subscription status and something else.

After providing this information, they asked me to contact Xbox support to try to get me to see when it was used.  I told them this is really their issue with the code they sold me.  After they said they must have me do this, I did this while at the same time requesting a reversal through Paypal.

Through Paypal, they are playing the same game.  They immediately responded to Paypal, but once I went ahead and did what they asked (although Xbox support won't tell me when it was used), suddenly they aren't replying.  Looking at reviews, it seems to be a common thing.  Give people bad codes and keep asking for more and more things.

Hopefully Paypal will come through with the reversal.

Here are reviews sites and you'll see a lot of people this happened to with no resolution:

https://www.reviews....store/eneba-com
https://www.sitejabb...views/eneba.com
https://www.trustpil...eview/eneba.com
EDIT: for full disclosure, they did end up refunding me, however, I had filed a complaint with Paypal and shared this information.  So, I'm not sure they would have done so if I wouldn't have put it all in front of Paypal.  From the reviews on those links, it sure seems like they didn't refund other people.

That stinks you are having issues with them. Thankfully all three one-year Xbox Live Gold subscriptions I bought redeemed properly for me.