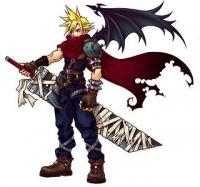 micbelt hasn't added any friends yet.

no not at all

Supposedly target is getting reprints of Bowser Jr., Mets Knight and a few others

Anyone have an active elite pro account I can use in store? Mine expired 12-30-18

Was able to snag 2 Ninjago city sets, at least 8 left. Thanks.

My TRU had a wall of at least 100 Revali

Was able to get the boost set for $60 and Ocean Monument for $60, missed the DS but know a few people that got shipping confirmations for theirs.

5% off LEGO which are mostly priced over MSRP so still scan about 8% over MSRP with the "discount". All pokemon cards were gone, amiibo were 10% off.

I have a 4 year old and 8 year old and they love TRU. My son calls it "Toys is Us" and is pretty sad that it is closing. He loves sitting in the power wheels cars. It is too bad the company has been run into the ground by Bain Capital.

There was one TRU store closing in MD when they announced the closing stores in September. I drove about an hour each way to check it out and get an idea about what may happen with all the stores near me when they start. It was an absolute madhouse. ALL Lego was 40% off, but must have started earlier that day or maybe a few days before because they only sets left were Chima, Nexo Knight, Star Wars buildable figures, DC Superhero Girls and Angry Birds besides a few stragglers. All other toys were at least 30% off with most being 40% off. Interested to see what they do with the remaining stores. As for the stragglers, I was able to get a few Juniors sets, a few Duplo sets and a technic set combining the 40% off and a 21% off TRU gc from cardpool.

Unrelated to TRU, but check your Kmarts if you have one near. I found a bunch of sets on clearance at the one near that closing TRU. Some of the highlights include $3 Elves Fire Dragon, $3 Elves Water Dragon, $3 Ariel Carriage Juniors set and $3 Elves Naida Sailboat. Also found Belle's Castle, Elves Sophie Jones and the whole Friends Ski Theme to be pretty close to 50% off. Combined with freecash points and points back and everything came out to be about 60% off except for the $3 sets which were 80-90% off.

Found a shovel knight amiibo on clearance for $6.48 if someone needs it. Got one for myself last week.

Had a b2g1 left on my account so used it to get mario odyssey, mario kart 8 deluxe and pokken at one store. Went to another store a few blocks away and traded in mario odyssey and mario kart 8 deluxe since I already have them. Used the $10 coupon to trade each for $46, so $92 total. The 3 games cost me $93 total after elite pro and b2g1, so got pokken for $1 net.

Check Barnes and noble for Easter set from 2017. They will ring up at $2, website will show full price but all stores have the $2 price.

Sounds like you have no idea how amiibo work.


I know how they work, I was joking. Anyway, amiibo, serious business.