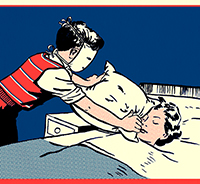 archibishopofBAH hasn't added any friends yet.

This sale on whole is easily the worst Steam event sale Ive ever participated in on whole. I've always had a lot of games, but every sale theres always great stuff to get.

I actually have hope for tomorrow and Sunday though. It aint over til its over.

The 3 games I want most are Double Dragon Neon, Ikaruga, and Strider.

All 3 have been in CC batches (DD and Strider were in the same one) and all 3 lost. Ive voted in every single community choice thus far and Id not be surprised if my voting winning percentage was less than 10. It seems almost everything I vote for loses, except for the votes where I don't give a crap at all about any of the games.

With the front page of the sale heavy in repeats, I really hope we get repeats of my 3.

Yes! to Long Live the Queen sale.  Nabbed that right quick (after waking up).

Is Kane & Lynch as bad as the hubub that went on when it released?  Thinking about grabbing that or Payday 1 before the sale ends.  Is Payday still worth getting since the sequel is out?

Lots of people still play the first Payday. Ive not touched it since 2 has been out, but a lot of my friends list has been playing it since its been rock bottom. If you've not played it before, its a good intro to the gameplay, but 2 really is an improvement in every respect. As for Kane and Lynch, the first one is DOG SHIT, the 2nd one is as well, but I found 2 more tolerable just for the story's WTF moments.

Today IMO is the worst day of the sale so far for me. Hoping the next batches of Flash/CC are better. I finally bought a daily deal yesterday though.

In good news for me as a gamer and a greedy bastard, Ive been playing Sniper Elite III and I'm enjoying the hell out of it. Its an improvement in every respect over V2, especially the AI. The greedy bastard in me is ecstatic I had my first foil drop (a summer card) in forever, which I already sold b/c I am a greedy bastard lol

All the hate talk on Assassin's Creed 3 got me to take a look at it again. I've got all the correct versions of the earlier AC games, thanks to advice I've received here. But now that I'm looking at 3 -- god help me -- I really want it. I know it's supposed to be one of the weaker games in the series, but I love the Colonial American period and romping around in that era seems way more fun than it should.

I know it's hated, but I'm wondering this...

The Deluxe version really looks like the way to go. There's a good amount of Washington story DLC in there and it seems to be pretty well-received. The base game is already at Ubi's rock-bottom $4.99. It just doesn't seem like the Deluxe version is going to drop any farther than $12.49.

AC3 is the weakest game in the series. I give the first one a pass because it was the first one, but the Tyranny of George Washington has nothing to do with the main storyline. Its pretty hokey.

AC3 is an un-optimized piece of garbage. Even high end rigs have trouble with it b/c Ubi screwed it up so bad and thats not to mention the awful story and terrible lead character (altho Haytham is great).

If people really want to play it, its the one game where I strongly suggest that if you have a console that it can be played on, play it there.

Thanks, I checked TF2outpost but everyone seems pretty uptight, requiring rep and verified paypal, he doesn't have either of those. I'll check steamtrades.

Yea, Outpost is iffy. There are a lot of sharks on there. Steamtrades is a little more loose, just be sure to get them from someone with high rep.

Sorry to ask in this thread, I wouldn't but it's for a friend. Anyone willing to sell him 4 TF2 keys at $1.90 Paypal each?

Dunno how much luck you'll have in this thread, but you should be able to find someone on Steamtrades that will sell them at that rate easily.

Ikaruga was and will continue to be the biggest letdown.

Double Dragon Neon and Strider in the same CC for me. Id have grabbed Ikaruga as well though.

Ive gotten a few other games, but all were from trades for keys I had in my inventory before the sale began.

Weren't metal slug 3 and how to survive daily deals yesterday or the day before? Great friggin job valve.

They do this shit all the time now. So many repeats.

Im still pissed off that the CC with Strider and Double Dragon Neon lost.

Sort of want How to Survive but it screams bundle fodder.

Its not bad, at this price Id say do it. Pretty decent developer that you dont see bundled much, if at all. Unless you count Takedown Red Sabre.

dont get angry geet spanking by

Wth? I finally managed to find where that balance is checked and apparently I have ....

Ok, I never spent $2,3k on amazon, let alone for software or video games, nor I can figure out what is this and I can't use it, either. So what the heck is that balance, anyone knows? Still no way to check what this is for? I have zero clue.

Contact support and they will tell you exactly what they're for.

Earlier this year when the indie store launched, there was a promotion where you'd get 3 free games when buying something. I wracked up a LOT of credit for games like The Maw, Curse of Nordic Cove, and Huntsman The Orphanage (there were other titles too). Its very possible some of that is what its from. Google "3 free indie games Amazon" and you should be able to find a list of the games that were on offer and just add one of them to your cart and you'll see if it applies to that. I was wondering the same until I contacted support and sure enough I had a bunch free Maws and Foreign Legion and some of those other titles. Guns of Icarus online was another one that I had a crapload of free copies.