Change to how the GTA5 Online money is doled out:

From April 1, 2021 forward you will need to claim your monthly GTA$1,000,000 benefit from the Playstation™Store. At the start of each month a new GTA$1,000,000 product will be available on the PS Store, like other similar PS Plus pack benefits. You must be a Playstation®Plus subscriber to claim this product each month and the GTA$ will be deposited into your in-game account upon store redemption.

The month of March 2021 will be the last month in which your monthly GTA$ benefit will be automatically deposited into your in-game account within 72 hours of your first play session. As of April 1, 2021, these automatic GTA$ in-game deposits will be discontinued.

The amount of the GTA$ benefit is not changing. The offer is still limited to GTA$1,000,000 per person per month and this offer will still end when Grand Theft Auto V launches on Playstation®5 in the second half of 2021. A specific release date of GTAV on PS5™ has not yet been announced.

I won a PS5 from the General Mills cereal contest. It arrived yesterday lol.

What day do the digital sales switch? I bought a cheap year of PS+ from CD Keys and the first Spider-Man game remastered from a fellow here.

I have a Series X already, so I’m mostly looking to snatch up those sweet PS exclusives

Thanks to this deal I have a line of credit with Nintendo for $197!

Over 18 hrs so I contacted support via chat. They told me they apologize for some orders getting processed faster, but that it normally takes 48 hrs to process e-gift cards. Lmao. Never in my life has it taken more than maybe an hour. I have a $4,500 credit line with Walmart. If my order gets cancelled and they wont adjust a new order to price match it... I will cancel my entire line of credit with them.

Guess I haven't purchased anything in a minute, so they threw $5 at me to entice me - and it worked. Picked up a $25 PSN for $17.23. The current percentages on the PSN cards looked to be in the 11% range, so not too shabby (especially vs earlier when I checked).

when is it counting down to? it's not included in the new weekly deals from Major Nelson

Bloomy's posts (where he shows the countdowns) has it counting down for next Monday.

I would say that its difficulty is similar to one of the Dark Souls games.  It feels much like them.  If you didn't get into them, I wouldn't try Salt & Sanctuary.

kinda tempted by SoulCalibur VI for 50% off, how did it turn out on the X?

It's looks great on X. I hear it has somewhat long load times on a base Xbox One but they're normal on X. I mostly make characters and play Ranked, but it's got a decent feature set overall. There is one downside about the Xbox version, for some reason when playing casual matches you don't get a room list to pick which lobby you'd like to join, but PS4 and PC do. Aside from that my main gripes are the occasionally spotty netcode that leads to a slow motion battle once in a while, the tiny text in the Libra of Soul mode, and the fact that the large regional rooms from 5 are not in the game.

As for Tekken I would recommend getting the PS4 version if you have the choice. The base PS4 runs a bit below 900p and PS4 Pro only goes up to 1080 with some extra effects. Xbox is stuck at 720p, which looks better than I expected (probably because it's actually several years old in the arcades), but not great. I really wish they'd put in the effort to do an upgrade since DLC is ongoing, but Harada said it's difficult from a technical standpoint. All that said, the PS4 version likely has a much larger player-base, which is a big plus.

I got Plague Road because $.50, and I finally got Golf Story.

Kill it with fire.

Got married on Saturday.  My best friend and his parents gave the greatest wedding gift of all time: 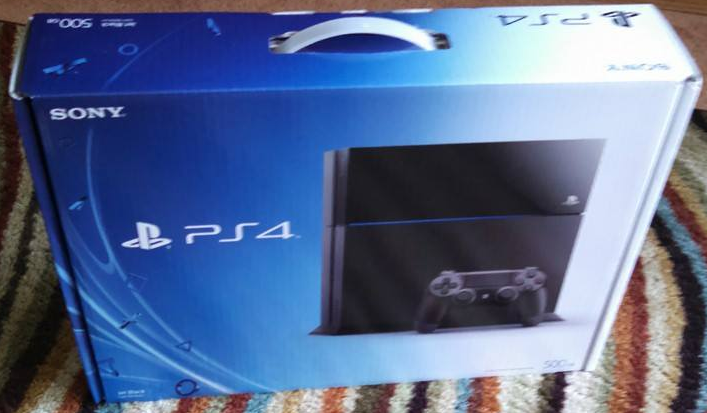