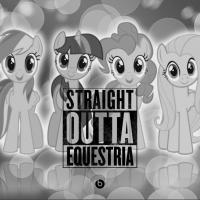 wmaangel hasn't added any friends yet.

I used the first one, thank you so much.  I didn't get a code in time from the Xfinity offer and my son has constantly asking to get one!

The game runs at 720p compared to the PS4 version

Only on the original/S model of the console, as that is an old comparison predating the One X. While the game did not receive an X enhancement patch, it actually runs with dynamic resolution scaling at the same 900p as the PS4 version on the One X, plus a now almost fully locked 60fps:

Anyone see Final Fantasy XV at Target for $15?  That's pretty much all I want from Target this year lol..

Either that one is going to just be available in-store only, OR it might have been a misprint in the ad when what they meant to show was "World Of Final Fantasy" instead (since it is one of the $15 games available)....

I had the four games I wanted already in my cart at Target and they just refreshed and all dropped to $15! Go Go Go Target is LIVE