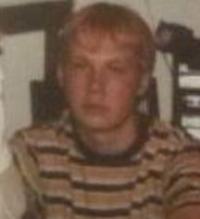 What strategies do you guys use for combing through PSN deals?  I use Deku deals for Switch to wade through the shovelware, and it sort of works.

I used to use the PSN website, but it's awful now.  I have tried PSPrices, but it is just annoying to have to go through so much crap.  After 10-15 years of CAGging, I am sick of this.  I know PSPrices at least has a list mode with sorting but I can't even remember how to get that.

Do they really sell more stuff by putting 1200 things on sale at at a time?  Why not 100 things every week and rotate?  It's just a rotation of the same crap over and over, which is fine, but again, you have to search through a sewer of shit.  I used to enjoy it and just look on the PSN site (we circle back), but... I've changed, and so has the site.

The problem w/ games leaning into proprietary platforms like Uplay, Steam, Origin - yeah, is just that. Who knows on some games, what the back-end requires, even if it's a Single Player game.

All these games, they just get built from the ground-up w/ Proprietary stuff (Client's Cloud Saves; client-DRM built-in & phone home check; Client's Multiplayer suite; Client's Achievements suite; etc etc) & they just slapped together w/ all that junk & port it over to Steam lazily b/c there's probably more going on behind the scenes that we don't know about - like with what M&MX is doing probably w/ its UPlay client-app crap of suite features.

All these games w/ single-player content - especially once they get old - yeah, they should be able to work offline; work without any client-app; and be able to save my game locally to the hard-drive.

Yeah, would be nice if my single-player Shenmue 3 copy worked in an offline mode on Steam or Epic - but nope, it doesn't.

But, they probably won't do that and re-work or fix  games to work properly offline b/c they probably plan to Remaster the game and re-sell it to me again, a few years down the road. [shrug]

I had never considered this in the depth you've presented here.  At this point, I can see no alternatives.  You're probably right.  Eventually we're just going to be streaming literally everything.  It might be considered "retro" to run anything locally at all.  We'll just fiddle around on terminals all day every day and do everything on them.  They might not even be desktop things.  Maybe we'll just have shit wired into our brains and get our reality streamed to us.

Okay I am taking this a little far and getting freaked out.  But I still think you're right about the platforms, DRM, the issues that necessarily causes, and the fact that there is simply no impetus for them to care since, as you said, they can happily just remaster everything and sell it over and over.

You can still download/play delisted games. They are just removed from the store and are unavailable for purchase.

Edit: Ah, didn't realize there was an issue with this particular game becoming unplayable (not familiar with the M&M games).

Yeah, it was a goofy setup to begin with, which is why a lot of people really rail against that type of DRM.  I'm no fan, but it's usually okay.  In this case, it was not okay, but it sounds more like a security vulnerability.  They probably won't make this mistake again... I'd like to say...

No clue. Might be worth checking with support with Uplay or Steam on this one, depending on where you have it, if you are looking to refund.

Or...you could hope modders fix it or somehow Ubi actually officially fixes it.

No dice on the refund.  They might actually fix it, though, or someone might!  Pretty sad.  M&M deserves better.  It was once a great franchise, and they seemed semi-serious about rebooting it with M&M X, and now it's practically abandonware.  Poo on Steam but also can't really blame Steam...

What a crock all this has been.  Is there a way to get a refund?  I was looking forward to playing that!  I have no idea what I paid for it.  I think I might have paid full price in autistic glee, only for it to gleefully join my caglog.

Psp version of ff4 has a number of negatives to me. Grindy, nerfed arrows on the girls whereas in the original release I can rely on those to kill enemies, inflict status ailments like charm and petrify, edge they removed a lot of the weapons you can throw.

The difficulty increase is mostly ignorable until the final boss. Couldn't be bothered to grind hours worth of random encounters to level in the final dungeon to meet the recommended level to beat it. As I was about the same level as the original snes version.

The ability to finally change your party is a interesting addition but doesn't come till the end of the game and you'd have to backtrack to do it. the only character that people might swap out is edge. really just a tossup to replace him with one of the twins.

hi!  FFIV-obsessed autistic person here.  Was wondering, was your previous experience with FFIV the original SNES "easy" version?  Just curious, because after the original SNES release as "Final Fantasy 2," I believe all subsequent releases were the actual Japanese games translated, where as our FFII on SNES was the Japanese "easy" version (I guess designed for Americans... but it is similarly rather sparing compared to subsequent versions)

Like someone else said, neat to see FFIV come up.  I'm 39 and grew up playing "Final Fantasy II" obsessively.  Oddly enough, since then, I have really only played the Game Boy version, although I had meant to play the PSP version (and the DS/PC version which I never liked)...  So I'm looking forward to playing through all these pixel remasters.

Also pretty psyched for the Dragon Quest III 2.5D thing whoa.  Suppose it would be weird and impossible for them to do all the old DQ and FFs like that.  I find it far more palatable than the low-poly attempts or the high-def sprite remaster version thingies.

Thanks for listening to me jabber.