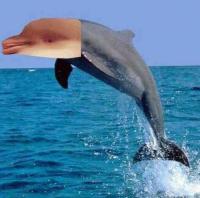 The fact that they still haven't done a full ground up remake for Leisure Suit Larry Part I despite the original selling tens of copies is a damn travesty. Imagine hat could be accomplished with today's jiggle physics

That gives me an idea. They really should remake the Insomniac Spider-Man games. Those things are so old and busted.


You can't make these jokes around Sony. The jokes and memes about Morbius led them to rereleasing it for a second bomb. They would absolutely greenlight something like a Spiderman remake

If you got in on the PS Now conversion and will have Premium tier, that's one of the games that will have a 2-hour free trial.

Already tried that. Browser doesn't load. I'm not at a hotel.

I don't get the justification for doing that. I doubt Many people in charge are playing on the ps4\5 in Russia.


It's not rocket surgery

These cutoffs and suspensions on services don't impact people in charge. Sony isn't stopping sales because oh shit Putin was really hyped for GT7 and this'll teach him. This impacts the people. The regular Josephs trying to enjoy whatever they can in their lives. Now they can't because their dick-tater insists on being a warmonger.

You make the people angry and that's when the people in charge will start feeling it.

The game is 2 years out at the least so it's not like they were going to show anything. No different than any other "in development" announcement with nothing but a logo.


You think 2 years out is too soon to show something? E3 every year shows games that are like 2 console gens away

I agree with you, and the more recent seasons have been easier. I’m not sure if you played Season of the Undying, but that one actually had some pretty lengthy requirements, at least imo. The ritual weapons or whatever (Randy’s Throwing Knife) were a pain to get.


Undying definitely sucked. I was playing a lot back then and never felt caught up. Now I play a bit for the start of a new seasons and then go down to playing on Tuesdays when there's new story stuff. The only thing I haven't done this season is rank 16 for DoE but I'll probably finish that off in the next week or whenever I finish Kingdom Hearts

I got this one and it's sweet

Personally, I think this whole thing causes marketplace confusion. People assume this IS the new game now, and when the new game comes out people will think "I already have this." They're doing a terrible job differentiating them for the layman.


I haven't seen a single intelligent person that thinks this is the new game.

I'm still gonna send the picture to my alt account and then open the message in the app on my phone and download it to share that way. Sony can't tell me what to do

That would require him to stop making avant-garde nonsense games that are more ludicrous than Fast and Furious action scenes and more needlessly symbolic than Jodorowsky's films. One of the most overrated developers out there whose primary appeal is with counterculture hipsters.