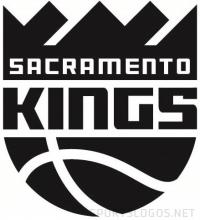 Posted by TheLegendofTyler on Yesterday, 09:22 PM

Got the Zelda art from my Nintendo today. Thought the stand would be plastic, but it's just paper so that was a little disappointing, but it looks nice and at least they included something to display it.

Posted by Nephilim_BC on Yesterday, 01:54 PM

considering the point of this site is to save money.

Time to call a spade a spade cause I'm tired of seeing this brought up. This site was MEANT to be to save money. It's nothing but collectors/hoarders. People with one of every switch color for each bedroom and then one for work, yeah that's a fine showcase of saving money.

First time posting a ‘deal’ so forgive me if I do something wrong.


I’ve tried games other than DP2 that are normally $29.99 but are on sale and they didn’t work but that’s not to say I missed one.

I made around $800 in credit through boomerangs and other flips and have a list of 25 titles that are easy money makers. I know that people don't want to post it here because of Slickdeals lurkers and Wario64. I tried going into the veteran's thread to post it but since I'm a newer member it won't let me post the list. Sorry guys.

Skyward Sword HD Acrylic Art Panel is up on the My Nintendo store for 1000 platinum coins.

Shipping is now $6.99 (but you can combine with other rewards).

I see a bunch of people complaining on Twitter about not having enough coins.  I earn 90 platinum coins each week by signing into the eShop from my Wii U (can do it via the 3DS as well) as well as playing Super Mario Run (free) and beating Toad Rally 3 times.

That sucks if they got rid of DOTD. I looked forward to it every day.

I always return the game if I’ve ordered “new” and it shows up gutted/with stickers. I always tell them why too. I figure if enough people do that they’ll stop selling them like that. It’s absolutely mind-boggling that the largest gaming-only retailer in the country can’t get empty cases with artwork sent to them for display. Those cases probably cost the manufacturer a nickel or less to make. It’s ridiculous, and they wonder why people hate them so much.


GS has been selling gutted games for well over 20 years at this point. Other similar gaming stores like Electronics Boutique started that horrible trend in the 90's. I remember buying a "new" Sega Saturn game from them back in 1997 and returning it because they resealed a display copy with cheap shrink wrap, the disc had scratches and they even put a sticker on the manual for whatever reason. Of course, that was the original Resident Evil and it was only $19.99 on sale a few months after release because the Saturn was so unpopular compared to the Playstation. I should have just kept it even in that condition because it's worth so much now, but I had no clue it would be valuable 24 years later.

I always return the game if I’ve ordered “new” and it shows up gutted/with stickers. I always tell them why too. I figure if enough people do that they’ll stop selling them like that. It’s absolutely mind-boggling that the largest gaming-only retailer in the country can’t get empty cases with artwork sent to them for display. Those cases probably cost the manufacturer a nickel or less to make. It’s ridiculous, and they wonder why people hate them so much.

I’m sure many of you saw that someone found a “fix” for joy con drift. I just thought I would share my experience. I went ahead and purchased two small precision screwdrivers off of Amazon because I did not have a y tipped screwdriver at all. I took apart my two left joy cons, one of which was completely unusable due to the horrible drift, the other was usable, but still had many many issues with drift. I highly recommend watching the YouTube videos because then you’ll know what you’re getting yourself into, and what to expect once you take them apart. Unlike the video however I did not remove anything from the joy cons, I simply took out the screws and moved the components carefully. I was able to successfully do the fix and did not have to actually disconnect any of the wires. All that being said I was successfully able to make both joy cons now function completely normal using only a small piece of business card.

Here are a few things you might not see in the video or be able to find information about that I think would be very helpful if anybody wants to try it on their joy cons. I tried initially to use a thin business card, but that did not fix the problem. You definitely want to use a very rigid business card the kind that if you were to bend it at all it would show a crease. That’s kind of the thickness you’re looking for. Some videos on YouTube show people using foam or other thicker options, I would not recommend that. The thick business card is more than enough. The screws in the joy cons are extremely easy to strip and very easy to over tighten. I partially stripped one of the y tipped screws doing very little when getting one out, and I also slightly over tightened one of the Phillips screws inside the joy con and now it’s barely holding anything down so keep that in mind when you are unscrewing everything and tightening it back up. For me the hardest part was actually removing the battery from the tray because in the video he mentions how he’s opened his joy cons multiple times, but the first time you take the battery out it has a very sticky tape or glue like substance holding it in and you have to kind of pry it out which is really easy to snap or bend the plastic if you’re not thinking about it so keep that in mind.

I did go ahead and add the cardboard fix to both of my right joy cons even though I haven’t really had issues with those, but I felt like since I’ve seen enough people have the issue why not take care of it now while I had everything going. I will just make a final comment and say the right joy cons were quite a bit more difficult to work with than the left ones simply because of the placement of the components.

I had originally tried to play Skyward Sword HD with the motion controls last week, and it was completely and totally worthless. I couldn’t do anything with my controllers. However, I went ahead and played for a few hours after I fixed these today, and now it’s like they are brand new and there are no issues at all. I really hope this fix is lasting even though it is just simply a piece of cardboard, but it did work for me, and like I said one of my joy cons was completely unusable. So I definitely think it’s worth it if you’re willing to just open them up.

The lowest price ever for a neat little puzzle game. A demo is available if you want to try it out.

Found a used copy of skyward sword and was able to use a birthday coupon and stack with promo.

1) Stop being smug assholes when people call to check for a used copy of a just released game, someone somewhere ALWAYS trades in whatever the new hotness is within a couple of days, so can the condascending attitude and just look up the damn game. So many times over the years some chump will say “oh that game just came out you won’t find it used” only to find a used copy nearby when they actually check the system.

2) Stop making up fake ass gatekeeping rules for used copies of new “hot” games. The hold policy for a call in customer is till the end of the day, not whatever bullshit timeframe you make up to try ensure they won’t be able to pick it up. The popular one I have run into several times is “oh this game is NEW so we can’t hold it for you for longer than…(insert made up timeframe that isn’t till end of day)

meanwhile japan gets another atlus title :/

Nice, thanks for the heads up. I'll check it out when the update happens.

For anyone that doesn't know, it doesn't matter what region your NSO account is in, you can play all regions of the classic system apps.  You just either need to either change your account region and download the apps and then change back or do like I did and setup a second profile and nintendo account with the region set to japan.  Super easy to do.  Then launch the apps with whatever profile has NSO access.   Nicely with a japan account you can play Dragon Quest X's story for the most part completely free... though it's all in japanese... from a US IP address (no VPN needed).   The trick is just knowing what buttons to press in the main menu to get into it... generate your two characters... and then start the game.  Saving is at the church in the game and the options after saving include continuing or quitting to the menu.

Japan's Famicom/Super Famicom apps also have some of the "Wars" series, Fire Emblem series, and a few other games that are worth checking out.  One of the unique ones is surprisingly nearly all in English.