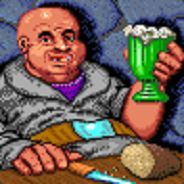 If it's the ultimate edition of Control, great. If not, not sure I'll go for it. I'm mildly interested in Elex and Kingdom Two Crowns, but it would annoy the living shit out of me if it was just the base game of Control when they only sell the complete pack. I still have nightmares about that goddamn Tomb Raider that was just the base game from Humble despite not having a store listing.

Been paused for 2-3 months but this one's definitely worth it to me. 2 games I actively wanted and then multiple games that scratch my "Looks interesting if it's cheap in a bundle" itch. Sigma Theory's the best example, didn't even know it existed before this bundle but now a spy board/strategy game in a sci-fi world made by the people that did Out There sounds well worth a look.

Grabbed Resident Evil 2 at Gamersgate for $14.85, https://www.gamersga...-biohazard-re-2 which appears to be a now low price.  Otherwise moderately tempted by Sekiro and Code Vein, but will probably hold off since I won't have time for Sekiro and Code Vein being Bamco will almost certainly be Humble Monthly/Choice fodder.

Thanks for mentioning the Gamersgate sale. Been years since I bought anything from them, but I'm tempted by that $15 RE2, $15 Phoenix Wright, $18 Dominions 5, and maybe $19 RE7 gold edition. Remains to be seen if I'll actually buy anything, but they're on my radar more than the Steam prices.

Jackbooted Humble goons took away my videogame. I tried to shoot them to protect my property but was dismayed to find it did nothing against digital spirits. Don't neglect on holy water, kids. You think you're okay without it and then it bites you in the ass.

Haven't seen any knock-my-socks-off amazing prices, but at least some of the discounts are better than the autumn sale. Scooped up Pathfinder Adventures since under $10 for the whole shebang works for me, and picked up Planescape Torment Enhanced Edition since sub-$10 is my price point for double dipping on Beamdog repackages. Plus the standard "Picking up CYOA games I missed".

Any fans of Tales of Maj'eyal in here?  Just got my first win after 174 hours

Nicely done! What race/class were you playing?

I haven't been following these prices closely but I'm looking to pick up Dark Souls 3 Deluxe and Nier Automata.  A little underwhelmed at the prices.  I can also wait a month.  Will these likely be on sale again at the year end sale?

Almost 100% likely, yeah. IIRC the differences between the Thanksgiving and Christmas sales last year were extremely minor, maybe just a handful of games.

Hey man, I want a couple extra cents off the price!

And it's not like I'm going to play anything.

Homefront - The Revolution (Freedom Fighter Bundle) for $7.19 after code "BLACKFRIDAY10"

Good price...I haven't seen it lower than this yet.

Does sound like a pretty good deal, slightly tempted by that too. From what I heard the game got a worse rep than it really deserved and improved a bit after patches and DLC, but eh. I'm so behind on shooters that I'm only now getting around to playing Wolfenstein the New Order anyway.

Scooped up Dragon Age Inquisition GOTY for $6.40 all told. Not really a fan of Dragon Age past Origins but at that price what the hell, hard to imagine I won't get $6.40 of enjoyment out of it somehow.

Tried picking up Hitman but I've been stuck in limbo with a successful order for about an hour now. Got an email confirming I placed the order but no word about cancellation and no sign of a key yet, not looking too hopeful.

I tried my best but couldn't find anything in there for me to split.

Technically, isn't it only 25 cents?

Oh, sure enough. For some reason I thought the twofer was $2. Now Volt knows how poorly informed my advice was and will have no choice but to skip the bundle entirely. Damn.

Counter argument, buy a single full bundle for $1.50 because saving 50 cents to interact with a human being isn't worth it. No regrets, only dreams now.

Burgers are a resource, and pirates can attack your cargo freighters laden with burgers sailing for the mainland. Worth considering against the DRM.

I was going to buy Invisble Inc. but I already owned it, so I bought the DLC. It doesn't matter what I buy all I ever play is Binding of Isaac and listen to podcast or pandora.

It still chaps my ass that the cheapest the Afterbirth expansion has been is the $6.66 of the preorder.

Anyone play Blood Bowl 2 (or 1)? Between it, Goodbye Despair (since I can't spell the damn series name), or OOTP 17.

And yes OOTP will likely be bundled again after the season ends etc. etc. Still tempted so I can say I'm smarter then Hale and the Dbacks front office. Blood Bowl I think I might like but heard the AI is meh, and since I hate multiplayer...not sure.

Blood Bowl 2's got some nicer graphics, but as mentioned has fewer teams. The main saving grace is (From what I've heard at least) more of the Blood Bowl playing community has moved to 2 since it's the new hotness, so if multiplayer's your goal you'd likely want that.