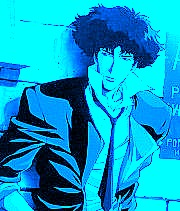 Target has been abysmal for gaming deals but here are some other random items. A lot of these you can also find online on Target.com.

Game clearance has been very bad since 3 cent recalls but here are some other items worth getting.

At this point, I wouldn’t overpay for any console. I imagine that once quarantine loosens up nationally/globally that prices will drop and it’ll be a buyers market again.

Not for 2DS / 3DS though. It's discontinued and production has ended.

Other than newer systems (PS5 and XSX), all previous gen discontinued items will likely continue to go up in price.

Why else would they be selling it for $30 below MSRP? Because they already made hundreds on the console and can sell the game for whatever they want since it's all profit. If you search for the typical bundle items it's pretty easy to tell. People can obviously do whatever they want, but for me if there's any chance of supporting a scalper I'll just pass.

The same reason people sell their goods for below MSRP? They are trying to get rid of it, might have been a gift and any money is good, they don't know the value of their stuff, they got it for cheaper than $30 so they aren't losing money, they just want a quick sale, etc.

But I guess everyone selling under MSRP is a scalper, because that makes sense.

I know, not a deal but has been selling out since launch. Been in stock for a few hours now on Walmart.com though so order quickly.

I'd be worried about employees getting fired over this too. Before an employee would get chewed out (depending on management) for selling them. Now the register warns them not to and some are still doing it. Going to be something when employees are fired / moved to other departments for overridding these.

It all depends on your state's consumer protection laws and how far you want to take it. The rules in California are extremely consumer oriented. If the item is on the floor, they must sell it for the lower of the tagged price or what it rings up as on the register. It doesn't matter that the register states "not to be sold" or whatever other wording they choose. If they're too lazy to remove it from the floor, they, the retailer pays the price.

The rule in CA gets murky. They are perfectly fine if it is a price mistake. So in this case, 3 cents is a price mistake and it helps that the register states not for sale. The law protects consumers when it comes to purchases, but they are refusing you to even buy it. They can refuse an item for sale for any reason regardless of the price.

The difference in CA is an advertised price. So if the price is advertised as 3 cents in the weekly ad and it's on the floor, they have to honor it. But that 3 cent price isn't advertised anywhere. It showing that price in the app doesn't count either because they can say it's a price mistake / error.

The law is tricky but CA consumers do have more leeway in this respect, but doesn't mean they are always entitled to those prices.

It's hard to impulse buy when you're shopping online especially when they require you spend x amount to get free shipping. These type of stores thrive off those impulse buyers buying $5 used games (a good amount of games aren't sold / shipped from online either), pro memberships and merch (shirts, socks, etc.).

Online works great for Walmart and Amazon but not a place like Gamestop who doesn't have the online inventory and high shipping prices.

They still did ok, but makes sense that their revenue dropped.

Low numbers are probably because of the pandemic. They get a large portion of their sales from used games and merch which people normally buy in store. But in several states their stores were either closed due to lockdowns or had very low in store visitors due to people distancing. They also still closed down a lot of stores last year too.

I can see how that would make them earn less last year with fewer shoppers. Helps that this gen came out in November, so they only had a large sales boost from the holidays.

Which is like saying "we don't support police officers shooting people in the back, we just don't hold them responsible when they do."

I guarantee you Sears is still getting a cut of those sales for giving the scalper a platform from which to sell. They aren't hosting those sellers out of the goodness of their hearts.

That's some reach. You can say that but they don't support it, they just don't care. They sell products, they have others sell products on their site. That's it. Just like any other site, if someone isn't selling something illegally or a restricted item, they don't care or have reason to do anything about it.

It isn't even just PS5's. Sears website (and all those other websites) has had sellers selling over MSRP for years. They even show eBay listings from time to time under their product listings. This is business as usual for them.

I guess you can complain to them about it, or just not buy from those sellers.

Some more clearance items for you all.

Well that sucks and of course, not everyone has the same experiences. I just have a hard time believing that someone buying a used console for lets say $300 is going to wait there while the seller takes out a pen and marks all the 20's and verifies all the serial numbers or agrees to go into a bank with them. To each their own.

I sell very often on CL and OfferUp. It takes barely 30 seconds to mark the bills with a pen to see if they turn. Someone might not be willing to go into the bank / police station, and that's fine, I personally don't meet with people not willing to take 5 minutes to do that (since a teller doesn't have the check the bills, there are associates all around who can).

I've never had to actually go into the bank / police station though. Counterfeit pen works greatly each time. I also don't check all the bills, just random ones. No need to check 40 bills when I can check 10-15 random ones. Again, takes barely 30 seconds to do this and check some serials.

If you, as the buyer, has a problem with someone checking the bills, I'd assume you're doing something shady and wouldn't want to sell to you either.

But as you said, to each their own. But for something expensive, regardless of what the item is, you should take precautions. That 5 minutes is going to save you a lot of hassle avoiding fake cash or other scams.

Spoiler
Had a guy come out to buy a bunch of games from me. Told him I need to check the cash before he checks the games just to make sure the cash isn't fake. I stood directly in front of him with the games on the ground. He can see them, but I'm not giving it to him until I see the cash to make sure the right amount is there and it isn't fake.

He refused and said he'll count it instead. Explained I still need to check if the bills are fake. He hands me one bill. I said, no, I need to check all the bills. Still tries to give me the one bill. I mark it and the pen ink turns black, so it's fake. I handed him his $20 back, took my games and left. His passenger in the car just started to laugh and speed away.

These precautions may seem like overkill to some but I don't trust everyone and those few minutes to check saves me money and time. Worth it for me.

Huh? I have been dealing with Craigslist and offer up for like 15 years now. I have never once gotten any counterfeit money. I did not know that you can take cash into a bank to make sure it's real. I would be interested to find out if the buyer is willing to follow you into a bank and wait in line for you to make sure the money is real. My highest priced item I have sold was a car for $3350 off Craigslist. It was straight cash homie. I also bought a car for 8 grand. All cash. I'm sure for high-priced items you can always get a money order or cashier's check.

If you are that paranoid that someone is going to give you counterfeit 20s, I suppose you can ask them about the bank thing. I have never heard of that before.

I've been scammed on CL with fake bills before. Was a hassle and I end up loosing the money despite a police report, picture of the persons car / license plate and photo of them.

I now meet only at a police station, bank or university (as all have security and security cameras), check the bills with a counterfeit pen, view the serial numbers on the bills and if worst comes to worst, go inside the police station or bank to have them check. Rather be safe than have that happen again.

You could also meet at an ATM so you see the money get spit out.  That does not work with super expensive stuff as there is usually a daily limit at the atm.

Fake money can go into an ATM and get processed (not normally but it does happen). Than you get a letter from your bank saying you gave them fake money. The ATM isn't perfect and can still accept fakes, but the money is checked again and they usually catch it with that check. Get a counterfeit pen at least or go into the bank, don't rely on the ATM alone.

Probably got converted to used but good mistake on their part.