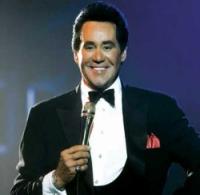 Thought I start a new topic since the old one got locked.

I've got a XBone Day One Edition pre-ordered, and will probably keep it provided I can afford it by then, which all depends upon when the PS4 is going to be released as well.

I am not looking forward to Kinect 2.0 as being part of the system as I try to avoid motion controls as much as possible.  I'm just one whom prefers regular gaming, even though I do have a Wii and WiiU, mostly for Nintendo releases.  I just hope motion control is not forced into games, but rather optional.

I was really looking forward to FORZA 5, but yesterday's news on Kotaku that not all of the content is on the disc and you must download content by signing in first makes me a bit leery after the DRM fiasco.  not sure if this Turn 10 not being able to get out thee complete content on disc or some way of bringing back the online requirement but in a different form.  Either way it does not sound good.

I was also looking into getting Ryse and Dead Rising 3 at launch.  Ryse looks like my type of game.  Always loved those gladiator type games - Shadow of Rome, Colosseum, Spartan Total Warrior and Gladius.

I  don't play online much so I don't know if Titanfall would be for me.

Most of the other games are mostly multi-platform releases which I can hold out for.

What games are you looking forward to at launch?