On Thursday, an announcement for a new Ghost Recon game looks like it's incoming:

Wow, unlocks for last month were abysmal. And this month the headliner is a dead battle royale game that should be going F2P at any moment. Seriously, if you want a BR fix why would you play Blops over Apex? Pausing yet another month. As long as the unlocks for this month are as garbage as last month, I won't regret it.

Unfortunately I don't think the first Overcooked supports online co-op.  I think it's local only.

Epic still doesn't have even close to 88% of the amount of features (i.e. Big Picture Mode, Controller Support, Achievements, Shopping Cart, Cloud Save, User Reviews, Forums, etc) that Steam has.

Also calling AC a hack and slash is a giant question mark from me. The series started out with a heavy stealth focus.

Assassin's Creed is not Metal Gear Solid stealth, it's Tenchu stealth, i.e. hack-and-slash stealth (not to compare AC, which is garbage, to MGS or Tenchu, which are great). AC's "stealth" is: sneak around until you get caught, then do boring combat. Or, once you can't stand how boring the combat is, run away from the enemies and hide to avoid the punishment of having to play the game's boring combat.

GTAV is on PC because of GTAO. Red Dead Redemption is a labor of love, but Rockstar also has self-esteem. They like getting paid for the work they put in. PC players don't buy good games at retail prices, they just buy shit buckets of shark cards and microtransactions out the ass.

It makes less than zero sense for Rockstar, or anyone else interested in putting down real development money to make good single-player narrative games, to ever release any major narrative title on PC.

They should only release easy pushover jobs, anything easy that can turn a profit, or anything they can put tons of microtransactions into. That's all PC gamers spend money on. Well, that and bundles full of steam codes 90% of which they'll never play.

Game streaming seems way in the future to me. People still have demand to play demanding, response-sensitive games. There's no indication anything in the future is going to dramatically improve network latency beyond where it is right now: despite many game streaming services being available, they are all completely unplayable.

When it comes to streaming, video streaming is fine: latency is not an issue there. But gaming just doesn't work. Therefore, the future of gaming is watching other people play games on stream. You can get a top-of-the-line experience with the newest retail-price games running on the newest, most expensive and powerful gaming rigs, alongside an audience of thousands, without any of the frustration of playing the games yourself.

The problem that ruins Path of Exile for me is the tiny inventory that makes you skip over most of the loot that drops.

I thought the entire way they monetized PoE was by selling you more inventory space  ...

Been like that since day one of PS4. You own those games and Sony is still a decade behind on multiplayer features.

Not just behind: they actively go out of their way to ruin the multiplayer features on their games, for PlayStation players and for everyone else. Cf. cross-play.

There is absolutely no guarantee of this. They could put out d-tier indies if they want to still and I’m more than confident they will. They’ve made no promises as to how they plan on adding value back to the service.

You completely misunderstood my point and quoted half my sentence. I did not say that the games will be better because there's only two.

I said [the better the games are, the more likely that you already have them]. And I was pointing out that this problem is exacerbated because there's only two games: fewer games, less chance you'll get something you don't already have.

Paradoxically, PS Plus picks are not optimized by picking the best games possible, because of the problem of getting games you already have.

In this thread people were saying "if they're only giving two games, they better be really good ones", then they picked two really good games and now everyone is complaining because they (of course) already have them.

A UPS is an absolute must here with the constant brownouts, flickering, and outages. Power went out again yesterday evening and there's still no estimate on when it will be back on. I believe this is the 5th outage so far in 2019.

Dear god, do you live in Venezuela?

Fanatical: "We're going to have Bundle Fest this week. It's the bundle event of the year."

Hamble: "Here are some art assets for fantasy game devs." 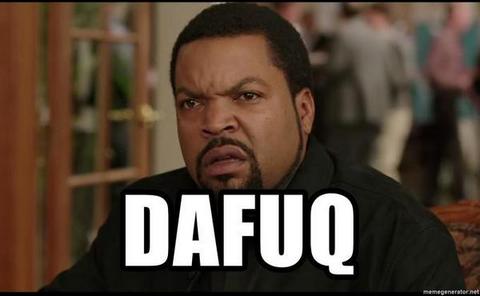 TL;DR. PC seems important from Ubisoft so probably not a joke lol.

People are wondering why the 2018 Steam Awards are full of games released in 2015: it's because PC gamers don't buy new games. They buy expansions, season passes, microtransactions, and play very few new titles.

This is also why we don't see new titles, and why we see our favorite developers abandoning full-fledged new installments on PC, instead releasing F2P, or microtransaction based games, or moving to mobile. There is no market for new, original, creative titles on the PC.

Don't confuse this echo chamber with gamers in general.

Unless the 'Top Selling' Steam games tab is completely full of shit, all of the notable new releases are always populating that list as well.

"Top selling" is a list of games that are selling the most that week in order. Yes, the newer ones will be the top selling ones on the latest lists. That doesn't mean they sold anything substantial, just that they sold the most.

Let's look at some top-selling titles.

It's not that the playerbase isn't there. Apex Legends reached, apparently, millions of PC players in its first week. Because it's F2P.

Any time a developer points out what a joke it is to try to release new, narrative based content on the PC, that's not based on micro-transactions or F2P, we just jam our fingers in our ears and shout the messenger down.

This is the page you want to look at to see what PC gamers buy new:

If PC gamers are buying any new titles at any substantial numbers, then you will find those titles on that list. So, if you see any new titles on there that are sold at a full retail price, then congratulations, you've found a title PC gamers will actually buy new. Also: the sun has frozen over.

They are just different beasts, and the Steam Awards is a very poignant representation of that. To succeed on PC, you need to sell very low levels of a game consistently, at low prices, for a very long period of time. Or have a consistent stream of microtransaction money for a long period of time. You are not going to hype up a big release and then make tons of money on that initial release at full retail price. The initial first-week sales at full retail price will all be on console.