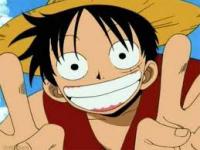 KinjiMuto hasn't added any friends yet.

Scrolling through the last 7 pages or so, there is literally only about 3 deals actually mentioned. Can the mods please restore some order here?

Actually closer to $44 with tax. Math is not your friend.

Sales Tax varies by state, some flat out don't have it.

I mean, it's going to be graphically better just based on the resolution.
No idea what other tweaks/changes/etc were made to the Switch port but for $3 it's definitely worth a double dip IMO

This has turned into the worst thread since you people discovered regional pricing. I don’t even care about the “ethics” or whatever, but the thread clutter and begging whenever a new find comes up are atrocious.

No complaints to the people promoting their streams, discussing the games themselves, free mobile games, etc though?

The begging I agree is a bit much but to say discussing these deals are "clutter" is ridiculous.
It's already been addressed. A deal is a deal. Just ignore the stuff you don't want to read.

Amazon Japan (has option on page for all 3 systems)

Honestly, hadn’t looked much into it. Everyone was raving about it, didn’t t think it was Japanese only. I could never get my hands on a TurboGrafx as a kid, so I was looking forward to this. If the rest are still playable without translation, that’ll work. I just don’t get the two versions of included games, or games that aren’t translated. Seems like a weird move by Konami. Guess I’m on the fence about it now.

They're doing it so they can just clone the same image between all 3 mini consoles I'm sure. (which is probably why all 3 include a USB cable but not the AC adapter)

You're still getting 40+ games after removing duplicates & Japanese text heavy games. Add to the fact how incredibly expensive a TG-16/PC-Engine system and most of the games are (plus the inevitably of this being hacked to add more games) I think it's still worth it for sure... the controllers & multi-tap pricing however are a bit ridiculous.

For anyone curious, these are all the multiplayer (multi-tap required) games.

Few minor deals over on the Mexico eShop...

Thanks for the link bro!

I'll wait for it to drop to $0.01 at Best Buy like the Majora's Mask guide did lol

However I do have about 20 tracking numbers (crazy right?) packages currently expected to arrive literally every business day now through Wednesday for me.

Just like when the games were 75% off a year ago... I've gone a bit overboard

for PS2 I've got 4 separate orders with a combined 80 games along with some memory cards, multitaps, and 3rd party controllers

They probably just throw the disc across the room like a frisbee. If he catches it, it's good to go. If it falls on the floor, into the trash it goes.

FWIW, I got 100+ disc only games from Gamestop a year ago when they were clearing out the PS2 section... believe it or not, every single game worked without issue.

PS2 just re-added a bunch of stuff that wasnt there minutes ago...