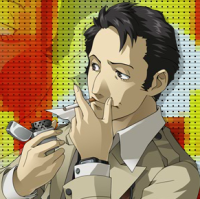 Today as in the 25th? The app shows Monument Valley as free, but no big app giveaway again.

Awesome to see it released in the US! Do you know if the PSN version includes the original game like the Japanese retail version?

It does. They advertise it in the trailer, and a few folks on GAF mentioned it. It's available at the start AFAIK.

And for those in Europe, they're releasing it next week for €15.99.

Don't have time to post them but there is a ton of SNK games on sale too.

An important thing to note is that most of SNK's games don't work on LolliPop (Android 5.0 and up). For example, in 5.0.2, KOF98 crashes at the start and Metal Slug 3 crashes after the SNK/DotEmu logos. As far as I can tell, it looks like the only 3 that might work in LP are Fatal Fury Special, Garou: Mark of the Wolves, and Samurai Shodown II; as the first two are SNK's most recent releases, and the last one received an update back in January.

Heh, I didn't realize it was announced for the US, but it released today, as a simultaneous US/JP release for $19.99, with Agatsuma self-publishing it under the title of "Sayonara UmiharaKawase+"

Famitsu put up four videos on Youtube of the Vita version in action. Each video showcases a new feature.

New Enemies (Well, most are returning from previous games, like the sea snail and the squid):

- Both SKUs are getting a redesign.
- Analog nub ("c-stick"), 2 more shoulder buttons
- Built in NFC
- Home Button is the only one below the bottom screen, Start and Select are in their DSi positions, below ABXY.
- Cart slot and stylus slot moved to front, power button also moved to front (lower-right).
- Volume slider moved to the top half of the system, opposite the 3D slider.
- Wi-fi switch removed, you still can disable wi-fi in the settings menu.
- New 3DS is 20% bigger than the original. New XL is slightly taller, but thinner than the original XL.
- Slightly longer battery life
- Adaptive brightness (Automatically adjusts brightness based on amount of light in the room)
- Much better 3D viewing angles due to face tracking with the front camera.
- Supports MicroSD cards; the MicroSD slot is under the battery cover.
- Faster CPU, allows faster browsing, and potential enhanced/exclusive games.
- Xenoblade ported to New 3DS (only for New 3DS, confirmed by cvxfreak)
- 16,000 yen for New 3DS, 18,800 yen for New 3DS XL
- Launches in Japan October 11th, 2014. Smash Bros and Monster Hunter 4G limited editions too.
- Customizable faceplates for New 3DS
- NoA's Holiday PR doesn't mention the New 3DS line. Possible 2015 release in the west?

Pics (taken from Volotaire's post on GAF, will replace with higher-quality pics when available): Not a deal, but a very notable new release: Dragon Quest IV: Chapters of the Chosen; $14.99

So what's notable about it? Well, it's based on the DS remake of DQIV, but it includes the Party Chat feature, which was cut from the DS version's localization. Barring any major flaws popping up, this might be the definitive English version of DQIV.

Basically, it's a Choose-Your-Own-Adventure game with RPG elements, based on a series of CYOA gamebooks that were popular in the UK. The sequel, Sorcery! 2, is also on the Appstore for $5.00 (500 coins), and it supports save data from the first game, so it might be worth checking out after finishing this one.

Speaking of Kemco, just got this in email:

Band of Monsters is free (for a limited time?)

Probably permanently. On the Play Store, once an app listing is made free, it cannot go back to being a paid app, unless the developer creates another listing. Of course, they could always just mark the free listing as hidden and re-list the paid version afterwards, but that would be far too much trouble for a variety of reasons.

Precautionary Note: No ROM requests or anything of the sort are allowed here.

EDIT: It's also worth noting, for those who haven't been keeping up with the DS fan-translation scene, this is the third major release in the past few months, with the other two being the fan-translations of 7th Dragon and Retro Game Challenge 2 (Game Center CX: Arino no Chousenjou 2).

7th Dragon is an classic-style RPG designed by Phantasy Star creator Rieko Kodama. It's a little rough around the edges, but the patch helps by reducing the encounter rate and the damage from the deadly deadly flowers.

Retro Game Challenge 2 is a stuffed package, including an even greater variety of retro-styled games that are pretty great, along with altered versions of the games from the first one. It also has new "issues" of GameFan, unlockable content, and the "Daily Challenge" mode, which, as the name says, gives you a new challenge for one of the games every day. HG101 has detailed articles on both games, if you want to learn more about these games (7th Dragon, RGC2).

A bit of new info was revealed at E3:

Looks like there will be two packages. First-run copies of the regular edition ($49.99) will include 11 Tarot Cards (Set #2: XI-XXII). There's also the Premium Edition ($79.99), which includes an artbook, a soundtrack CD, the 11 Tarot Cards, and a 3DSXL Hard Carrying Case And of course, the E3 Trailer (No dub voices yet):

Plus, with the game releasing in Japan, some playthroughs have been popping up on Twitch and Youtube.

EDIT: According to the promo e-mail Atlus sent out, Set #1 (I-X) of the Tarot Cards will be bundled with Persona 4 Arena Ultimax