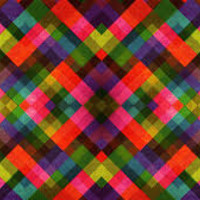 jinboy hasn't added any friends yet.

especially when cheapy was talking about how the pitch video was disingenuous and bull shit.

and this is coming from someone who imported shenmue 2 european for dreamcast at launch. wombat you're wrong the scene isnt 'whats a sorny' the scene went like this...

Homer: *gasps* Look at these low, low prices on famous brand-name electronics!
Bart: Don't be a sap, Dad.  These are just crappy knock-offs.
Homer: Pfft.  I know a genuine Panaphonics when I see it.  And look, there's Magnetbox and Sorny.

its literally the same shit, the tomb raider and the sf5 deal.

sf5 is being developed by dimps the same developers that made sf4. why people try to associate one being different are biased narrow minded idiots.

dimps was even recruiting talent back in september and now more information has come out that microsoft is even publishing tomb raider which means they're even more involved with the game.

sony is money hatting all kinds of games exclusive in japan like destiny but people just continue to believe in some divine benevolence on the part of sony.

YOU SONY SERVERS and just hammered F5 and it worked.