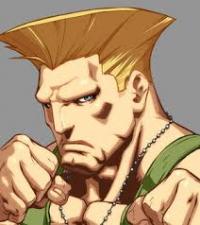 happydogs hasn't added any friends yet.

When do we want it? Astral Chain.

I'll do you one better: why is Astral Chain?

Here's what I've got so far in an unfinished state for those wanting to see a bit of a behind the scenes version of the list:

Ooh, i didn't even realize Blaster Master Zero 2 had come out, and now it's on sale.  I was hoping maybe Death Road to Canada would be cheap, but this is a nice surprise.

Hard at work, even on a holiday.  Frisky, your balls are the shiniest.

Disney doesn't want to compete this year. They can't make the 4Ks too cheap because it will make the 4K steelbook prices look even worse.

They don't wanna make 4ks too cheap because it makes Disney Plus a harder sell.

Y'all can laugh at me, but i'm hoping someone drops Playstation Classic down to $20 again.  I nabbed one in July for myself, and have recently been having fun ripping games from my library and loading them onto it to play without putting wear on my 20 year old, cherry PSX.  Now i'd like to pick up another one, customize it a little bit, and gift it to my sister and her new husband, who play games together but weren't into the Playstation era (i owned the Playstation in my house as a teenager, bought with my own money and shared with no one).

I never would have thought I would have miniature models sitting next to my original retro game systems. How far will it go?

An XBox mini, that is still bigger than every other mini console put together.

Did the Destroy All Humans games turn out well in the remaster/trophy-fication? Wouldn't mind picking them both up at that price.

If you liked them on PS2, you'll probably like them here.  They look and play pretty much the same, with a slightly higher framerate, as far as i can tell.  If you're in it for the trophies, i'm pretty sure you can play the game with cheats enabled and still earn trophies.

Nex Machina is extremely fun, but it's definitely a thinking man's twin stick shooter. I'm also considering Tesla vs Lovecraft because Neon Chrome has been one of my favorite games that I've played this year. In addition to that one, I'm considering Bayonetta for PS3 since I've never seen a disc copy for that price and possibly Child of Light, Just Cause 3, Rogue Stormers, and the Surgeon Simulator/I Am Bread bundle for PS4. I have decided to keep my budget for this sale under $30 since I need another game like I need a hole in my head.

Tesla vs Lovecraft is indeed pretty easy; i've played through two of the three difficulties now and only had maybe three or four stages in which i've died, and that has more to to with RNG than difficulty.  Enemy spawns and weapons pickups are somewhat random, so if they keep spawning mobs on top of you and don't drop any decent weapons, you won't last long.  On the other hand, if they drop you a strong weapon and a few good perks at the start of a level, you're not fighting for your life so much as mowing the lawn.  It's still fun imo, just don't expect too much of a challenge.

Some people might be turned off by the fact that there's not much character progression in the game: you start each stage at level 1 and with a crappy handgun, earning perks and picking up weapons as you go, but you start the next stage again from scratch.  You do have permanent upgrades(extra teleport charges, start the stage with a random weapon/perk etc), but these are purchased with aether crystals, and you see virtually none of them throughout the entire first difficulty, so it's awhile before you've earned any powerups that you get to keep.  It's not bad, just different, and the game is fast paced enough that the whole thing works.

How does Nex Machina compare to Helldivers? I loved that game, and must have sunk at least 200 hours into it.

Seems just the one time.  It is weird it appears I can buy it but I already have it.  Usually it hides the price if it was a free PS+ game I already claimed.  I know some people complain they can't buy a free PS+ game.  Wonder if they are addressing that.  Or if something is just wacky with this listing/game.

Just a weird glitch, i think. I've owned it since before it went free on Plus, but it still shows up in the store as $1.49 for me, even though it's sitting on my hard drive.  Usually if you own a game and go to its page on the PS store, it'll either give you a (start) button if it's on your hard drive or a (download) button if it isn't.  I'm sure they'd be happy to charge me again if i was willing to pay.

Started the game and played it for a few minutes to make sure it was working fine and that there wasn't some sort of license error(i still have to jump through fucking hoops to play my legitimately purchased copy of Braid on 360 because of a license glitch), and it seems to work fine.  It's possible that they just relisted the game at some point, so it shows up as a separate product.  That's rare, but happens from time to time.  I remember buying the PSP port of Angry Birds, which turned out to be garbage; later, they fixed the game, but rather than patch the existing game they dellsted it and put the new version up under a new listing, meaning people who'd bought the crap version were shit out of luck unless they wanted to buy it again.

Can anyone give me an idea of it Severed is any good? Thought about it but then saw it’s touch screen only.

I found it to be pretty fun on Vita, but there are a handful of places, especially near the end, in which i thought the difficulty spiked somewhat unfairly.  The game doesn't really punish you or take away any progress when you die, but you are left to learn some of the more advanced combat conventions on your own (ie, certain enemies need to be attacked in a certain order etc), without much explanation from the game.  Most of these multi-enemy fights at the end of the game happen at a very quick pace and have little margin for error, and there were a few battles i lost over and over, often in the space of the first 15-20 seconds, which i found frustrating.  The game throws you into these battles and expects you to fight them flawlessly, even when it's not clear how you're supposed to do that.

Despite that flaw, i still thought it was a pretty good game, and i tend to avoid touch control games like the plague.

Black Friday isn't here yet so everyone still may have hidden price matches, bundles and other deals up their sleeves. :x OMFG I hope Mario + Rabbids come back in stock because I don't want to have to go in-store and risk my life with those savages who shop there. God forbid you grab the last Xbox and some damn soccer mom who does yoga and pilates will shatter your testicles and pry it out of your hands.

In 2008 i walked into a Walmart on Black Friday and got one of the three copies of Wii Fit they had in the store.  Only reason i got it is because they were hidden in a random aisle with housewares and shit, no one to direct traffic or anything; they were just sitting there, with no one the wiser until i stumbled upon them.  As i'm navigating my way through the stampede to get out, some woman crashed her cart into mine to physically block my passage, at which point she put her hands on my Wii Fit and demanded, "WHERE DID YOU GET THIS."  I told her and she made a beeline for the aisle i pointed her towards, looking like she was ready to mow down small children to get there before the last one was gone.  I was ready to grab the stupid game and hurl it just to escape with my life, but i made it to a checkout line, waited the obligatory 90 minutes, paid and went home.  Before i went to bed that night, i thanked Jesus and promised him i'd never go into a Walmart on Black Friday again.

It's not very effective...

From Amazon: buy a $50 gift card and send it to a recipient by text, receive a $10 promo credit for yourself.

I've already gone ahead and ordered the gift card (texted it to myself of course LOL), so i'll verify when i receive the promo credit.  Fine print said you should receive your promo credit within three days.  Deal ends 10/17.  Good luck.

Would you rather be short of stock or lose a ton of money?