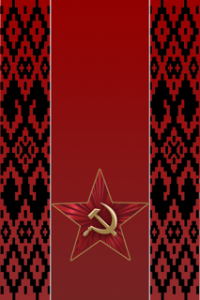 The update apparently fixes most of the progress issues, with more generous drops and items incoming so I'm excited as I liked the base game well enough.

And again, how do we know?  To the contrary, it could be exactly like Metal Gear Solid as well, or one of his other games.  People are excited over bizarre cutscenes for which no one has any context.  Even his caginess over it is pretty much exactly like what he did for MGS5 at the beginning.

I just don't get that people are salivating over a game and the release date in which they have zero idea what kind of game or genre it is going to be.  Sure, one could say people got excited over things like Metroid Prime 4 being just a title screen, but at least then we kinda know what kind of game it will be.

Because his entire career all he wanted to do was move away from MGS ever since the release of 2 but Konami pretty much strong armed him to make more. He sometimes got away with games like Zone of the Enders and Revengence and more recently P.T. Kojima games are story focused first and foremost, that's why 5 was such a disappointment for most people because it wasn't finished and they didn't get the Kojima experience that they wanted. Now that there's a game that he himself wanted to create with as much passion as he did the first MGS, it is worth the hype.

I sold my codes for my steam copies to help offset the costs of the KS set.

Pretty much got half of the value back, so still totally worth it to me. ^___^

Glad to see that the KS set will still be far superior though.

Where did you sell them? I'd rather do that, since I'm only going to play my vita copies.

I just want games that I do not already own, not AAA titles that came out 2 - 3 years ago that most of us already had played by now.

In Topic: CAG Contest: Win a $250 Gift Card to the Gaming Network of Your Choice f...