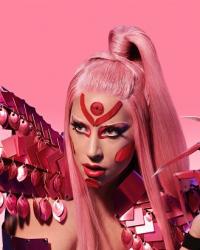 just bought a cheap, shitty 4k tv to replace my cheap, shitty 1080p tv. now i gotta justify/rationalize my purchase by playing newish, pretty games instead of diablo and poe.

who am i kidding, 4k solitaire it is!

catch you portable gaming morans on the flipside...

edit- holy shit, it's a windows setting. i'm a moran.

Only tough spot is getting the backside.

I have so little desire to go back to AMD any time soon.

i know i'm late to the party, but i was lucky enough to get a radeon rx 6800 at launch, and have had very few problems with it. i've had a handful of driver crashes, but none of them during actual gameplay. i'm not much of an overclocker/tinkerer, so i can't speak to that. although i have used the adrenalin software to undervolt, and that has worked out fine so far. anyways, i know one case isn't definitive, just wanted to throw my two cents in, and i'm probably an amd fanboy now

man,  i  just got my shipping confirmation on my ps5, wtf?!?

Persona 4 has several strong LGBT undertones.  Possibly overt overtones?  I'm surprised that I hardly see that mentioned whenever it comes up.  There are very prominent queer, trans, and identity themes throughout the story.  From a game that came out all the way back in 2008.  I think that's one reason why some people love that title so much.

characters crossdressing/ gender swapping has been a thing in anime/jrpg for quite some time. players who familiar with the genre have accepted it as commonplace, while players experiencing it for the first time are probably like,

egs spring sale with no coupon?

i wanna help, but don't know if it's worth it

a little while back i hit 5k on steam. back in the day i was all in on the +1 game, buying every goddamn bundle i could find and diving DEEP into the cesspool here. a few years back i had an existential crisis and quickly got out, only buying games i'm pretty sure i'd play. so seeing that badge pop for me was like a "huh, interesting" moment for me. cuz being a 40 year old dude...
...
....
sorry, i had a brief mid life crisis there. what was i saying?

this dying light 2 feels alot like dying light 1. which is fine because i enjoyed the first one, i think, it's been six years my memory isn't what  it used to be. anyways as mentioned in a previous post the story/writing is meh, take it or leave it. i play for the parkour and smashing zombies faces in. so if you're interested i'd say it's worth getting maybe at half off, or a humble choice, whichever comes first.

i'm also thinking about biting the bullet on darkest dungeon two, but i'm hoping it comes to steam eventually

Spoiler
I want to evolve the onion!

heh, they just patched it in

Yo, Vampire Survivors is offensively addicting. I'm mad mad at myself for wanting to play more.