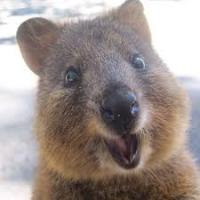 My costco is only 10mins so it's at least a weekly trip for me. I was actually shocked to find the deal because the clearance deals are usually so good that it sells out within the first or second day. The $0.97 ending means clearance and probably not a re-stock so it's usually a price to move it fast. I'm genuinely surprised nobody posted it before me. Hooray for me

I'm surprised that Gamestop hasn't changed their return policy yet for the holidays.

This has been bugging me for awhile. Is Yakuza pronounced Yah-koohzah with a soft "k" and soft "z"? Or is it pronounced Yah---kuh---zahhhh with a hard "k" and hard "z"? I grew about around a lot of Japanese people so we always pronounced it the second way and it stabs at my brain when I hear it the first way. I just assumed it was a western way of saying it but a lot of developers and press say it the first way and if it was wrong, figured they would have been corrected by now since it's so popular.

Cheapy, since you lived in Japan, can you enlighten me?

I been listening for years now and I hear the occasional jokes that are funny in my head. But I actually LOL when Cheapy called Shoot 1UP DX as "shoot one up the ass"! He said it with such calmness that Wombat and Ship didn't even acknowledge the joke. They continued talking as if it's commonplace for him to say something like that and just ignore him which made it even more funny.

The second time was when Cheapy called Wombat's "nude nude" games. Again, just the delivery was perfect somehow to me and made me think about how jackbox might be trying to reach a new audience with adult games. Too funny all around, thanks guys!

Will Cheapy buy the new cobra kai game coming out in October? I'm a huge fan of the show actually based on his recommendation but even I don't think I could spend money on that. It's made by Game Mill who is also making the new GI Joe game.