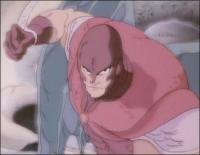 Indiansfan008 hasn't added any friends yet.

Worth a punt at that price. Thanks OP

It really is unbelievable the value Gamepass offers.

Total in a way after cashback and offers:
$189


They also have Gears and NBA2K20 for same price.

Just waiting on Control from Target and I'll be done with my Black Friday shopping. My only goal will be to have played all of these games by next Black Friday (said while looking at a shelf filled with games I still haven't played that I bought last Black Friday)...

Ni No Kuni: Wrath of the White Witch Remastered (PS4)

The Legend of Heroes: Trails of Cold Steel III (PS4)

Yooka Laylee and the Impossible Lair (Switch) was only $9.99 at GameStop. Available for in-store pickup only but I jumped on that one.