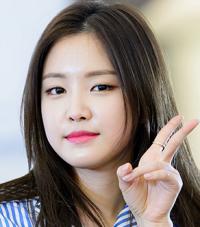 So had a lot of credit to burn at GameStop getting rid of the console filth so got an $60 Origin with the mind set to beat Hitman before ME Andromeda dropped but with my PC taking a dump might hold on to it until the first patch/sale hits. Also picked up $60 in Gaben Bux you can never have enough.

Thinking of getting a Nvidia Shield for the living room with the rest of my credit for Netflix duties because the PS3 there is getting long in the tooth or can cheapy out and get a Chromecast and more Gaben Bux you can never...Deja Vu.

Get it. Nvidia Shield the best Android streaming box you can get. I tried every other and nothing comes close to the performance of this. Has support for 4K+HDR. It's worth getting the best experience.

I'm good for video cards but let's talk about those Nerf pistols.

Nah, let's talk about the dead pet under the couch.

Nintendo has had shitty hardware for a while, since the Wii. They use outdated technology and people deal with it because they want their mario/zelda fix. I think that's what FissFiss was trying to say. Hopefully the Switch gets good third party support like Nintendo's handhelds get, otherwise I can't see the Switch going far.

Never sure if these "Whoops, turned out this key was already in my library" keys will work but:

dat wall of post beats out MysterD. What's going on?

Hey, that new roller coaster game that all the kids are playing is price glitched at Amazon for only $5!

If only this one was glitch.

Good reviews on this one, but I'll be honest, I have such a hatred of XIII that I know I'll never give it a fair chance.

Got this one. Thanks!

This came out of nowhere, Resident Evil 7 Demo is finally on Steam.

Was playing it earlier. First of all, game takes long to start up for me. When I finally get to play, it freezes on me every 10-20 seconds. Even during the menu. Unplayable for me so I quit quickly.

Capcom can't get anything right these days. Pretty much goes for any Japanese companies.

Got my refurb K65 keyboard today.

Backlights that change when you press every key and the ripple effect...how does one ever live w/o such things o.O

Don't forget to go here if you haven't yet.

I grabbed the K65 for $83 after tax/shitting

Decent deal but not as good as the Strafe RGB MX Silent deal for $80 new at BB and Corsair own website.

Yeah, I have a cheap one from amazon with blue switches and I like it, but the bros always complain about the noise.

Should've got Red or Brown switches.

Now we need a PS4 Pro sale to have it like those prices so we can jump on that upgrade too.

Dishonored 2 PC requirements are up.

Miniumum specs are the typical requirements we see these days, but the "recommended" seems very stiff.

Is the "recommended" for max settings at like 4K or something?

Those recommended requirements seem typical. GTX 1060 and RX 480 are mid-range cards. Who would play at 4K using these?

TWD is a bad show. It has a good episode here and there but every season is mostly comprised of forgettable filler. Without any clear plan to actually end the series the narrative and story arcs have no payoff. Characters die, others join group, they go from point A to B, they meet another group led by a big mean bad guy, they suffer losses, they escape, rinse and repeat.

The last season finale was pretty bad but got me to finally realize I'm not interested or invested in the show. I should have stopped watching after season 3. Kept with it hoping there might be some closure for Rick and the core characters who are still alive, and that the show would have a clear transition to a new group of characters. I guess that's not going to happen anytime soon now that there's a spinoff.

Yes, I realize this is who I sound like. This is how I feel too. It's pretty much recycled drama. When I watch a tv series, I tend to always stick to the end even though most shows goes downhill after S2. I gave up on TWD after Season 5 or 6...

I rarely ever cut off watching a tv show but I guess my tolerance level isn't as high as before. TWD is a perfect example of redundancy so it was easy.