FuzzRaven hasn't added any friends yet.

Yeah... long shot but will try anyway. I'm getting more into the flight sim and would want to trade my new PS5 Disc edition for an RTX 3080. Anyone?

most x1x games aren't native 4k though. and hdr is available on base ps4.

Even if it's not native 4K, the resolution and higher textures are available on the Xbox One X as compared to the PS4 Pro. Most non-native 4K on Xbox One X is still at least 1440p (or higher) on it while it goes down to 1080p for the PS4 Pro. All that and the XOX still retains a higher framerate most of the times.

The difference between the pro and x1x is really that noticeable?

Yeah! Especially since I'm using a nice LG OLED. The native 4K and HDR really makes that much of a difference. It's in a whole different ballgame.

Geez damn! Play AC: Origins! It's one of the best AC games ever. I wasn't expecting to even "like" this but it surprised me a lot and I ended up "loving" it. Shadow Of War on the other hand... I can't really get into it as much. I wanted to like it but it feels like I'm playing Dynasty Warriors more than the AC style that it tries to copy. 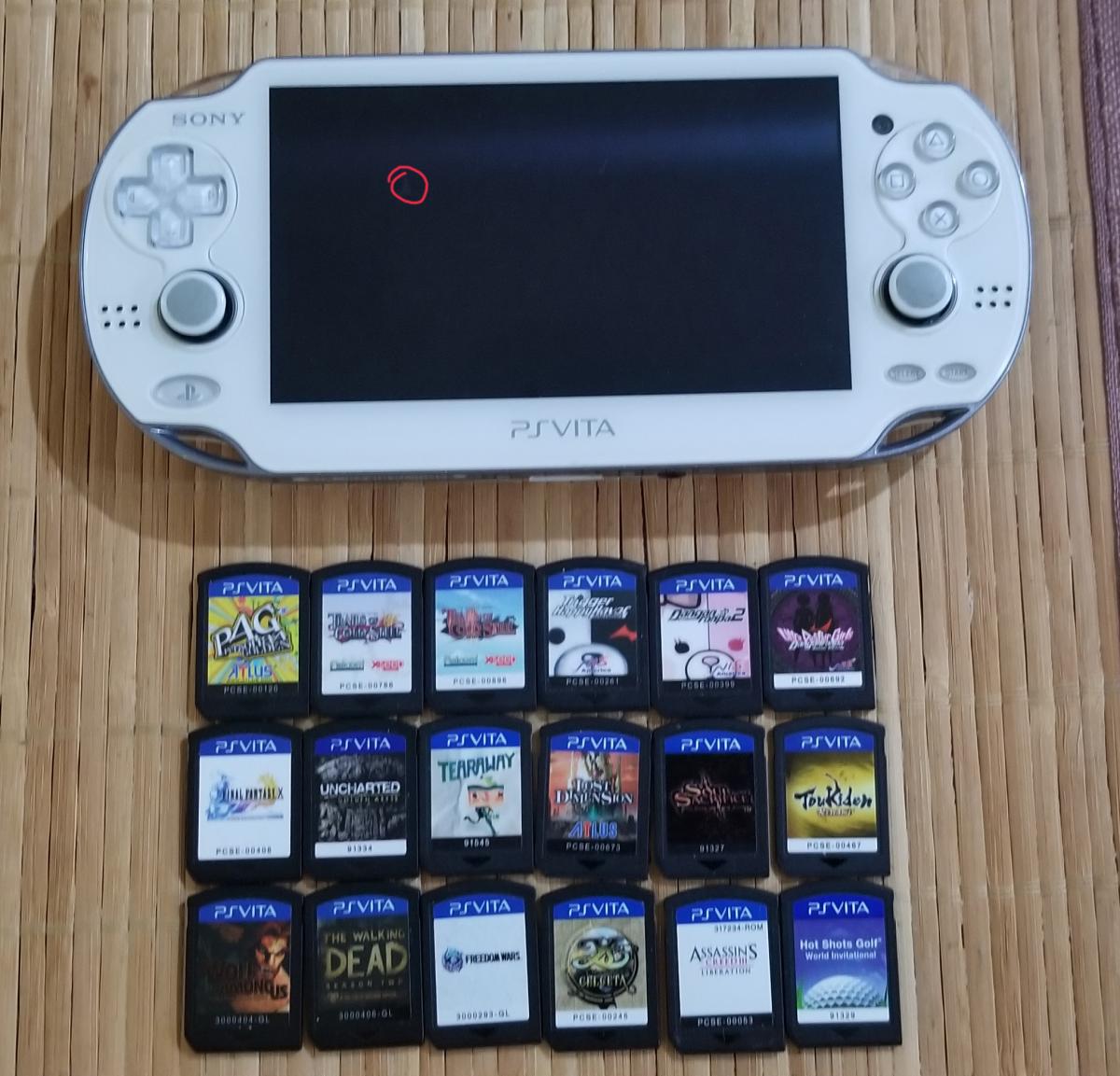 I'm selling my Assassin's Creed Liberation Edition of PlayStation Vita Wi-Fi in Crystal White with 64GB of memory card + 18 games for $360 (PayPal) shipped OBO. This one has the original OLED screen with no burn-ins / dark spots. I haven't used the system in a while and it is in very good condition except for the fact that it has a tiny bit of scratch on the screen that in no way affects the function. I have circled in red the scratch on the photo. I have the original box as well as the original boxes of the games I'm bundling with it. I have the original charger + extra charging cable with usb adapter (to charge with regular usb port). I'd rather sell everything as a bundle.

The games included are:

3. The Legend Of Heroes: Trails Of Cold Steel

4. The Legend Of Heroes: Trails Of Cold Steel II

How does it work with the switch? I also have both consoles.

1. The controls on the headset won't work and you'll need to set the volume etc on the PS4 menu itself.

2. The remote for that switch (or any other usb peripheral switches that I've seen - and I've searched far and wide) are not wireless.

So if those bother you as much as it does me but can still live with those caveats then have at it. I haven't tried it personally but I read somewhere that has an LX used a USB peripheral switch to use it for both Xbox One & PS4.

I was debating to get the 2nd one, damn.

At least you got an LX!

With the Dolby Atmos access code, it's the better of the two anyway.

OMG! I am happy I bought the HS before they raised the price back up to $150! Hahah! I hope everyone who wanted the headset got in on the deal before they changed the price / went out of stock.

I can corroborate these are excellent headsets.

I was tired of using cheap chat headsets for multiplayer and had certificates to burn. I was looking for something wireless and high rated. After researching price point and features, I purchased a pair for full price in October and they have been great. I haven't even installed the Atmos software - I had misplaced the insert and only just recently found it.

Personally, I find it amusing that I purchased it on the first day of the holiday return window, and that window closed yesterday.

Hey buddy! My return window closed yesterday as well as I was just informed by the chat representative that's why I almost felt so bad while I was trying to get refund. I asked nicely if she could help me out and do a one-time exception. The agent asked the supervisor and I was granted the refund. Go chat with them! Be nice and be courteous. You might get it, like I did. Good luck!

This is one of the best gaming headset I've ever owned and I bought it for $150 just a few weeks ago, just got my price match refund before I posted this. It was worth it when I paid $150 and so much more now that I only paid $75 with my refund. The Dolby Atmos license comes as a prepaid voucher included that gives you access to your MS account (for Xbox One & Windows). All you have to do is download the Dolby Access app. Trust me, the sound quality is really good and the Atmos support is a game changer. It also works on movies, Netflix has Atmos compatible movies like Bright and Death Note. Also watching Dark (German Netflix show) with English dub in Atmos! Enjoy!
https://www.bestbuy....p?skuId=5923415

I didn't finish it back in PS2 era but after I got it for the PS4, I finished it this time! The fast forward feature changes everything. Love it! Lastly, one word: Seitengrat,