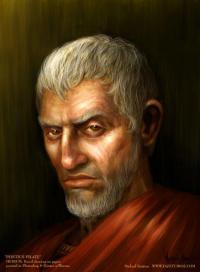 Its people like you who ruin these programs for the honest gamers who use them.  That's really lame.  I hope they ban your a$$ sooner, rather than later.  Shame you never were brought up with any morals, but its not surprising to see abusers like you ruining these programs everywhere.

If you believe that then I'm not sure there is anything I can respond with that will make sense to you.

If I'm not breaking the law, which to my knowledge there is no law that binds the terms of this program, then it's fair game if I'm willing to take the risk.  When people exploit a system it does not crash the system, it stimulates the people responsible for the system to fix the holes.  If issues are corrected that does no harm to the masses, unless they determine they are not able to effectively administer the system and thus discontinue it.

Pulling morals into the argument would suggest that you have a moral obligation to follow the guidelines, whether intentional or not.  So if you make a mistake and purchase 4 copies of a game over a two year period you have a moral shortcoming by your definition.  It suggests that the consumer is responsible for the system functioning correctly and not the administrator of the system.  We're not talking about the "give a penny, take a penny" jar here.  That would be a moral issue.  Since when is respect authority without question a moral highground?

I've had the discount fail on a number of occassions, I'm at a loss as to why it doesn't apply sometimes but I have noticed that it is much more likely to apply if my card is the first thing that is scanned.  I'd say it doesn't apply the discount about 1/3 of the time if products are scanned prior to my card.  The first time it happened I waited for a manager override and it did take forever.  After that I figured out a better approach.

Im guessing you didn't re-sub your GCU membership, but if you did what you're doing is pretty dumb.

It's good for another 2 years, and given how much I've saved over the past 4-6 weeks since they started the program it's paid off a $120 fee many times over (if I had to pay it under a new account).  Not that I need to explain myself to you, but I wanted to point the hole out in your logic since you seemed to think I had one in mine.

When I get banned I'll share my story.  It's not a question of if, just when.

In the meantime I am cashing out my rewards points every time I get increments to buy something I want.  Easy come, easy go is my motto so if I lose out on some of my points I will have gained in many other areas.

So far I have had no issues buying multiples of item, definitely in excess of 3 per platform, be them in the same day or multiple days.  I imagine the hammer will come down a bit after the holidays settle and everyone gets back to work from their time off and can start running analysis on the program.  I'd expect the early bans to come down by Spring break.

Does this have the price limit of $59.99 or under like they usually do, and does it include Skylanders/Infinity?