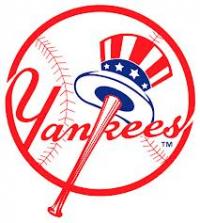 You guys take it too seriously if you couldn't have fun with the HHH v Sting match. Yea, it ended up being a cluster, but that was the point. It really doesn't matter who wins, it was about what the match represented. You really think the face of WCW that held himself to a higher standard for 14 years should come rolling in to the WWE and beat the face of that company? What would it accomplish for WWE?

I was glad to see the run ins and that the match wasn't taken too seriously. Sting got his WM moment, he doesn't need the win, fans got to see basically a live recap of the Monday Night Wars of yesteryear. They could have timed the spots a little better but whatever. It was fun and I appreciate they wanted to accomplish that rather than trying to book a serious match between guys who's careers are in the past.

All in all, I thought it was a great effort by everyone involved to put on a good show. This is my second WM now after a long hiatus and thought they hit back to back home runs. I hope they enjoy some better luck after this show and not lose some top talent to significant injury after the fact. Although in hindsight, it did open the door to Lesnar winning the title. He brought more value to the belt than it brought value to him, which is always a good thing.

I know the iOS board is rarely used, but here is an attempt on CAG to discuss the newly released Final Fantasy: Record Keeper.

Essentially, it is a hardcore Final Fantasy's dream come true. You will revisit the worlds and stories of all the previous FF games, with a dream team of your favorite characters from the series. Ever wanted to team Cloud, Cecil and Sabin together? Well, now you can.

In a glorious kingdom that thrives on the harmony between magic and art, epic tales of valor and hope have been passed from one generation to the next. The records of these great chronicles uphold the peace and prosperity of all civilization. The kingdom sealed these records inside paintings, to safeguard the balance of the world. That is until, without warning, the records within the paintings began to fade away... Darkness fell upon the world, bringing catastrophe and ruin. The time has come for you to save the kingdom’s future. (Game's official prologue)

How much does it cost? Is it IAP?

It is free, and yes, there is IAP. Normally, I do not condone or play IAP games, but the concept here drew me in. I have played 5 hours so far and have yet to spend a penny.

The most important thing here is that you do not pay to unlock the characters from the series. You acquire them as you progress through the game's main story. If you're gunning to always have the new, elite weapons and armor, you will probably end up paying at some point to buy some Mythril. That is what is used to roll for the elite weapon's and armor. You do get Mythril for each new dungeon you clear out, so it is not a requirement to buy it. It just provides the player a way to acquire it faster.

The other catch is the Stamina system. Each time you run through a dungeon, it uses Stamina. You start off with a healthy amount of it though and replenish a Stamina unit every 3 minutes. You can purchase more if you run out, but from my perspective, I am ready for a break by the time I get low and I am recharged when I go to play again. It is actually handled pretty fairly and isn't a hindrance from progressing like it is in other games.

Yes! They have daily and weekly challenges to tackle with your elite team. dungeons and elite areas and bosses from the series that you can level up your team to challenge.

How do you revisit PS2 FF games like FFX? Are the graphics redone loke SNES era sprites?

Yea, they are sprites. My favorite JRPGs are sprite based, so I enjoy the transition of the PSOne and beyond FFs into this type of character model.

Anyone check out FF Record Keeper yet? I have only just begun, but it seems like they actually put some effort into it. The atmosphere, the visuals and the music are spot on and it is going to be fun taking these trips down memory lane by visiting each of the different FF worlds.

I have yet to ever spend any time into a game that is IAP heavy, but this might be the first time. Although I don't game for long stretches of time, so I might not have to spend much to replenish my 'stamina' so I can continue to battle.

And that is why I think The Order gets all the hate from being too short, and not anything else.  You shouldn't be able to finish a $60 game in one day and expect people to be happy with it.  No multiplayer nowadays for a $60 game with a short campaign isn't what most people want.  Personally, I can't wait until it comes to my local Redboxes.

I get what you're saying and you're right. But there is a place for those games with people like me. I will gladly pay $60 for a single player only experience that focuses more on providing a good, memorable experience rather than artificially lengthening the game or with a crappy MP tacked on. I haven't personally played The Order yet, don't have a PS4 right now, but once I get one, it will be one of the first games I pick up.

Hmm...this may be a dumb question, but would purchases off of the Sony Entertainment Network count towards the $100 total? Reason I ask is because I don't own a PS Vita but am planning on getting one (or a PS TV) some point down the line and am thinking about getting the Dangan Ronpa games while they're on sale, coupled with Dragon Age for PS4 and maybe one or two smaller items.

There is no such thing as a dumb question when your screen name is from one of the greatest games of all time.

Yes, you can purchase from SEN and pick up those Danganronpa games (they are amazing btw). It will count towards your $100 total.

Ha, the one game that potentially could have made me buy a XBONE just had their dev shut down. I guess I won't have to face that decision anytime soon at least.

oh wow it just occurred to me that we'll probably get to see more about the ps4 hot shots golf game at e3. that's more exciting than the last guardian any day of the week.

Hot Shot's is cool as shit, but let's not get carried away.

Yeah I think most people only care if that 5-15 hours is fun or not.  I said this before but Uncharted never had the best gunplay in the world yet it was still really fun to play through all 4 games.  If the story is engaging The Order will be fun too.

Besides, it cant be long or I wont finish it and First Light in time for 4forFeb!

I have always made that argument, especially with films. A lot of movies feel pressure to be a certain number of minutes so moviegoers feel they got their money worth, but would be much better with a tighter focus on what they intended the story to be. My value has always been determined by the quality of the material rather than the timesink it is. Same reason why I never got into MMOs really

It's all the eye of the beholder. I am watching family feud (

off, it's great) while I play crushing uncharted. This one chick on here was smoking hot and she was married to a buck toothed bald dude. He explained how he met her and she said it was love at first site.

Moral of the story? He is loaded.

Moral of the story: Keep looking for girls until you find one with lowered standards.

Pretty much yea. Being really tall helps, if she was still single, I am pretty sure she would have one of those Disney 'You have to be this tall to ride' signs outside her bedroom.

Most dudes overpull. Most of my friends are with a chick that is probably a category or two higher than them. My wife is about 10 above me.

You must have been suffering from low testosterone or something to have not noticed how hot she was in Underworld. 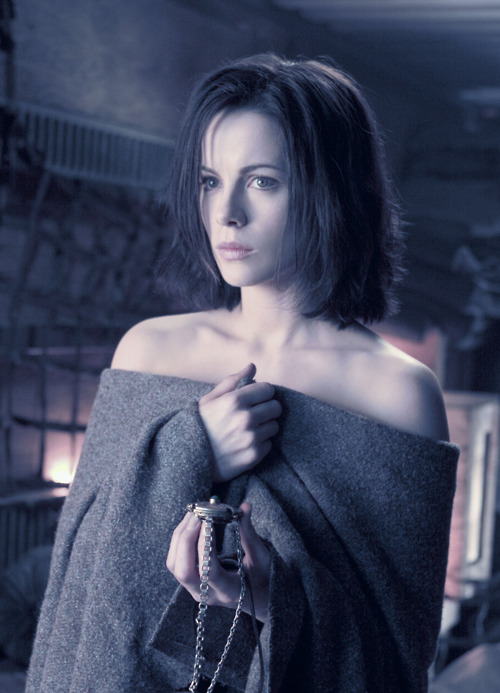 Feel free to post one of the hot pics next.

Lord of the Rings: War in the North

Blood of the Werewolf

Yeah, what zimm said. Pretty sure it's a girl.

Story - I once went to a girl's birthday party when I was in 7th grade. The actual 'party' involved driving around in a limo with a 15 year old who keep punching another boy in the leg and then making it with the birthday girl. Very awkward.

But the fun part was that the girl's mom had these lurid ass glamour shots-esque pictures of herself wearing slinky lingerie and shit framed and hanging all over the house. Her hair in those pictures was not far removed from that poor girl above.


You glossed over the important part of the story. How many times did you nail the mom?